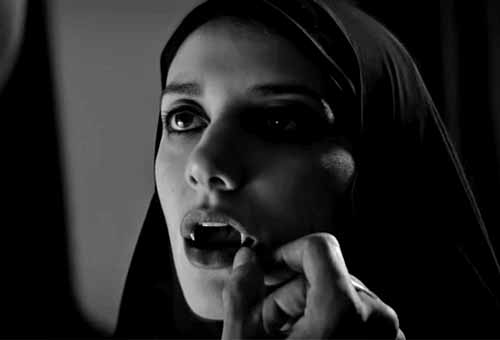 Join us for this triple feature of arthouse horror films. This year, we are looking at the vampire mythos through three films from different decades and with distinct cultural perspectives. Come for one, two, or stay for all three.

FREE and open to the public. Reservations not required. Seating is limited and is first come, first served.

Cash bar available beginning at 4:30; beverages are permitted in the theater during screening. Please enter the museum through the DeWitt entrance – visitors will meet in the Fath Auditorium.

Let the Right One In

A fragile, anxious boy, 12-year-old Oskar is regularly bullied by his stronger classmates but never strikes back. The lonely boy's wish for a friend seems to come true when he meets Eli, also 12, who moves in next door to him with her father. A pale, serious young girl, she only comes out at night and doesn't seem affected by the freezing temperatures.

Swedish filmmaker Tomas Alfredson weaves friendship, rejection and loyalty into a disturbing and darkly atmospheric, yet poetic and unexpectedly tender tableau of adolescence. The feature is based on the best-selling novel by John Ajvide Lindqvist.

In her director’s statement, Amirpour explains, “It’s like Sergio Leone and David Lynch had an Iranian rock ‘n’ roll baby, and then Nosferatu came and babysat for them[…] I found a desolate, vacant oil-town in the desert of California which became the fictitious Iranian ghost-town Bad City, and suddenly there were no rules.” Amirpour created her own universe, with a cast of characters inspired by pop icons from James Dean to Sophia Loren, and of course, the enduring Vampire.

"I feel the vampire genre is one of the richest and most fertile cinema has to offer. There is fantasy, hallucination, dreams and nightmares, visions, fear and, of course, mythology." -Werner Herzog