THE CINCINNATI ART MUSEUM IS TEMPORARILY CLOSED TO THE PUBLIC

Read more about the Coronavirus (COVID-19) public closure on our Visit Page. 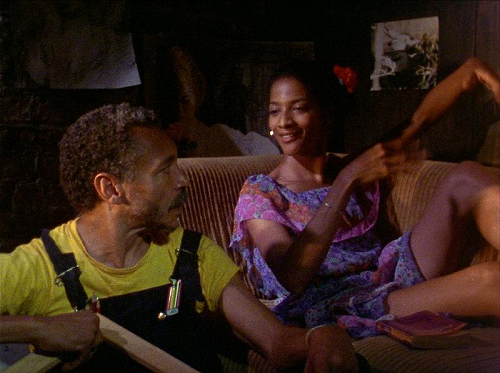 *THIS EVENT HAS BEEN CANCELLED*

Presented in collaboration with the Over-the-Rhine International Film Festival

Comic drama Losing Ground centers on the experiences of Sara (Seret Scott), a university professor whose artist husband Victor (Bill Gunn) rents a country house for a month to celebrate a recent museum sale. The couple’s summer idyll becomes complicated as Sara struggles to research the philosophical and religious meaning of ecstatic experience… and to discover it for herself.

At the time of her death in 1988, Kathleen Collins was just 46 years old but was already a seasoned activist who had traveled to the Congo and worked as civil rights organizer in the South, an internationally renowned playwright, an esteemed professor at New York’s City College, and a fiercely independent filmmaker. Losing Ground is Collins’s second film, a stunning work studied and revered by academics, but largely unseen by the public.

Over-the-Rhine International Film Festival Programmer tt stern-enzi joins us and will lead a post-film conversation. In addition to his curating role at OTR International Film Festival, stern-enzi is a film critic for outlets including CityBeat and Fox19, and the founder and executive director for WatchWriteNow, a non-profit mobile film club dedicated to critically engaging teens in classrooms and community centers.

FREE and open to the public. Reservations not required. Seating is limited and is first come, first served. Cash bar available beginning at 6:00; beverages are permitted in the theater during screening. Please enter the museum through the DeWitt entrance – visitors will meet in the Fath Auditorium.