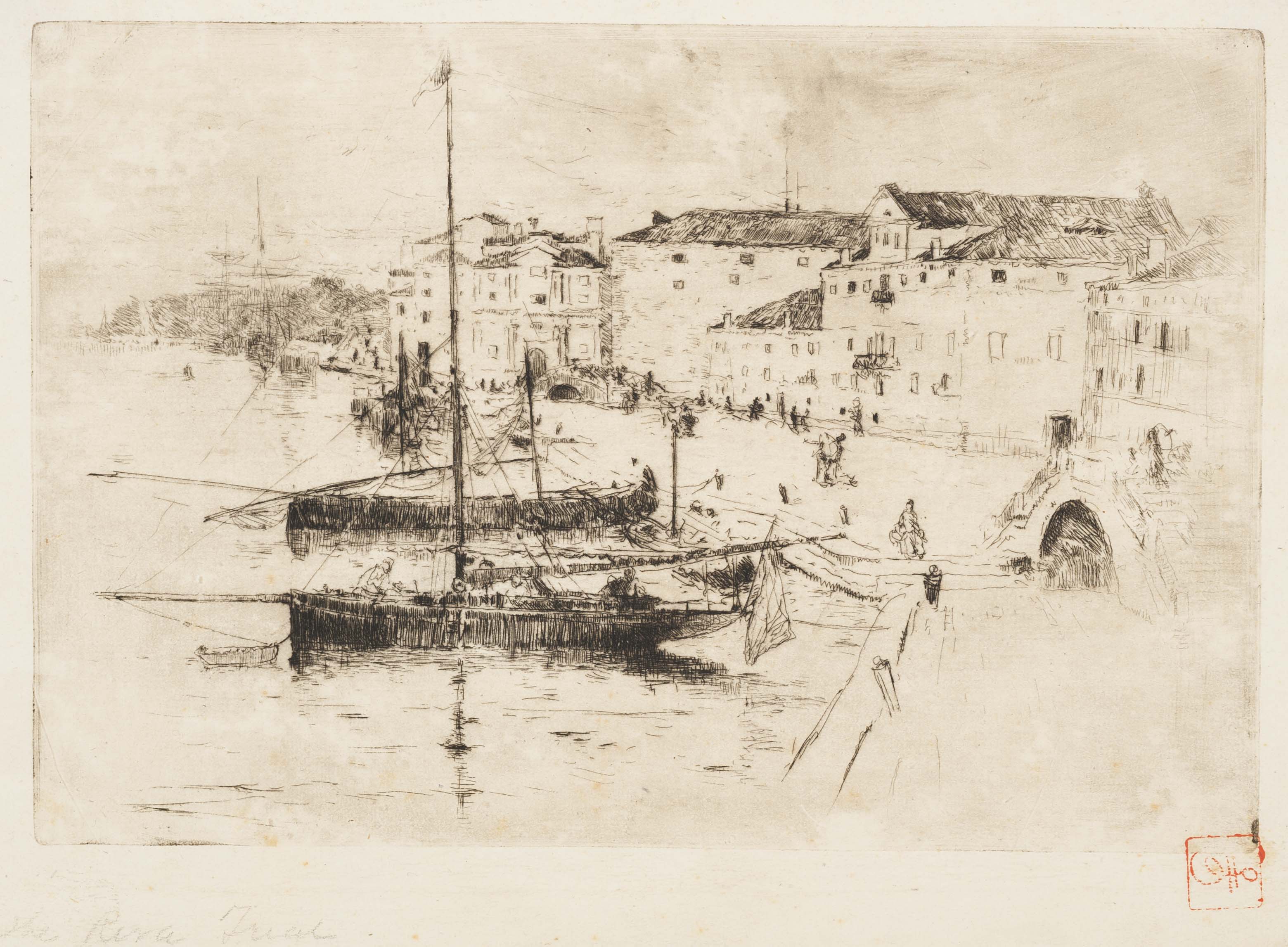 The Grand Experiment in Italy: Etchings by Duveneck and His Students

Artists in the mid-nineteenth century took up etching as an original creative medium. They promoted its freedom of expression as akin to drawing, distinct from reproductive printmaking.  The “etching revival.” an international movement, heir to the spirit of Rembrandt, began in England and France as a medium equivalent in prestige to painting. By the late 1870s enthusiasm for original etching reached America and was the focus of experiments by Duveneck and his students in Italy where they wintered in Florence and summered in Venice during 1880 and 1881.

Since the eighteen-century, Venice served as a source of inspiration for artists seeking to capture its watery vistas, historic architecture and exotic inhabitants. Duveneck early etchings and those of his students coincide with their interaction with the American expatriate James Abbott McNeill Whistler. Already an internationally recognized printmaker, Whistler seeking to recoup his reputation and fortune, accepted a commission from the Fine Arts Society to produce twelve etchings of Venice. He arrived in September 1879 and Duveneck and his students (the “Duveneck Boys”) arrived late spring 1880. Otto Henry Bacher, one of the Boys and an experienced etcher, brought his homemade press and supplies.  He provided technical assistance and shared his press for all who enthusiastically experimented with etching.  The heady interaction of the artists can be observed in their early work thanks to the generous gifts of Duveneck.  Exhibited here for the first time is trial proof of The Riva, a previously unrecorded early etching by Duveneck.