Paintings, Politics and the Monuments Men

Paintings, Politics and the Monuments Men

In the immediate aftermath of World War II, with the Allies occupying a divided Germany and war-torn Europe beginning its long recovery, the United States military government ordered that two hundred of the finest European paintings from Berlin’s museums be shipped to Washington, D.C., ostensibly for safekeeping.

The first voice of protest over this controversial decision was U.S. Army Captain Walter Ings Farmer of Cincinnati. Farmer was a member of the “Monuments Men,” a military unit of arts professionals tasked with locating and safeguarding works of art. Nevertheless, the paintings made the transatlantic journey and were stored at the National Gallery of Art. Two years later, the paintings began a tour of thirteen museums across the United States. Almost two and a half million Americans saw the “Berlin Masterpieces” before their return to Germany at the onset of the Cold War.

The current exhibition investigates this extraordinary episode that lies at the intersection of geopolitics and art. The first section offers historical context, providing examples of Nazi policies and actions that affected artists, artworks, and collectors. The next section evokes the breadth and significance of the masterpieces from Berlin, delving into the ethics of their transfer and exhibition, as well as the rare opportunity it presented the American public. Finally, the exhibition documents Walter Farmer’s legacy as an advocate for art on both sides of the Atlantic. 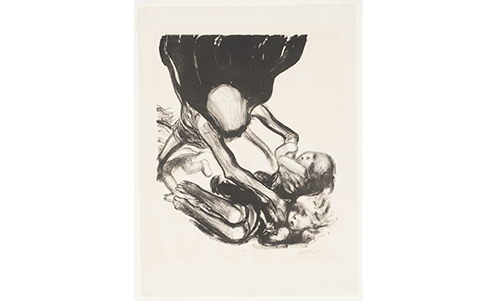 2. The Berlin Masterpieces in America 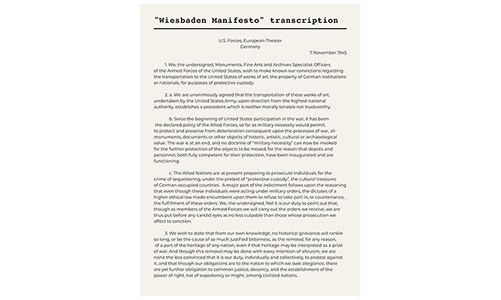 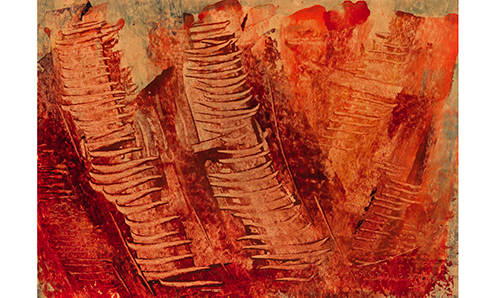 Back to Paintings, Politics and the Monuments Men