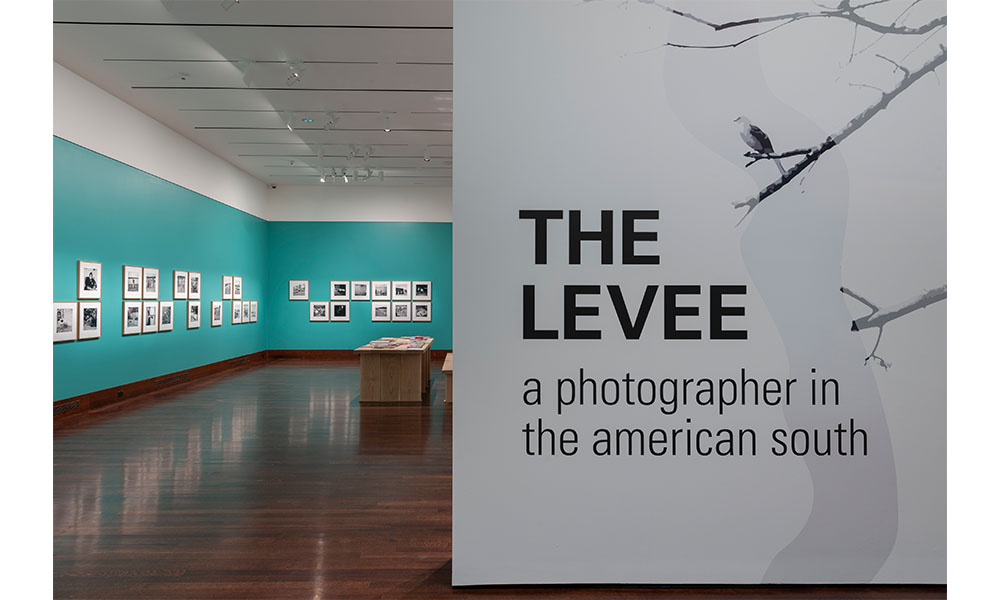 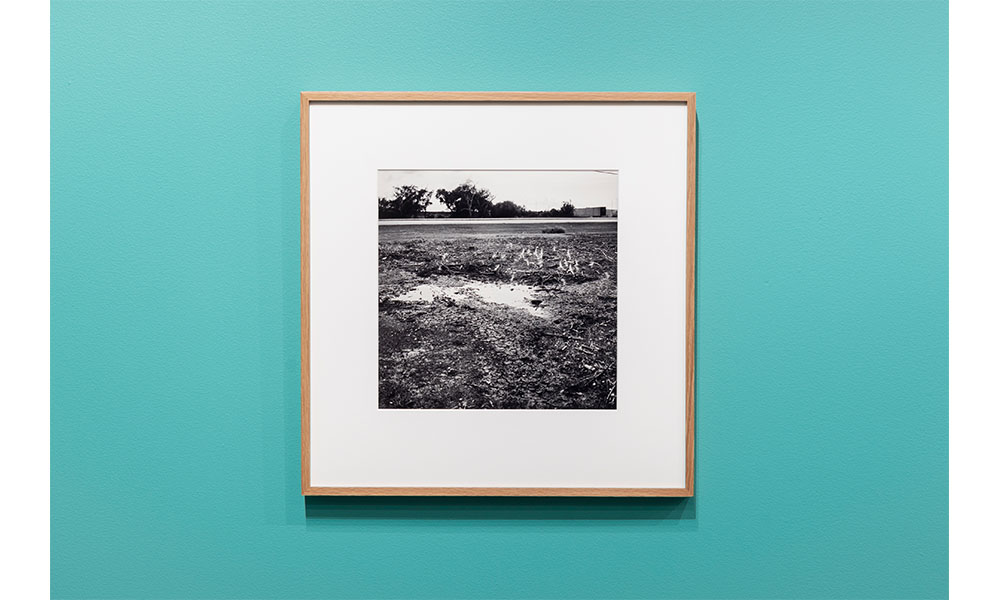 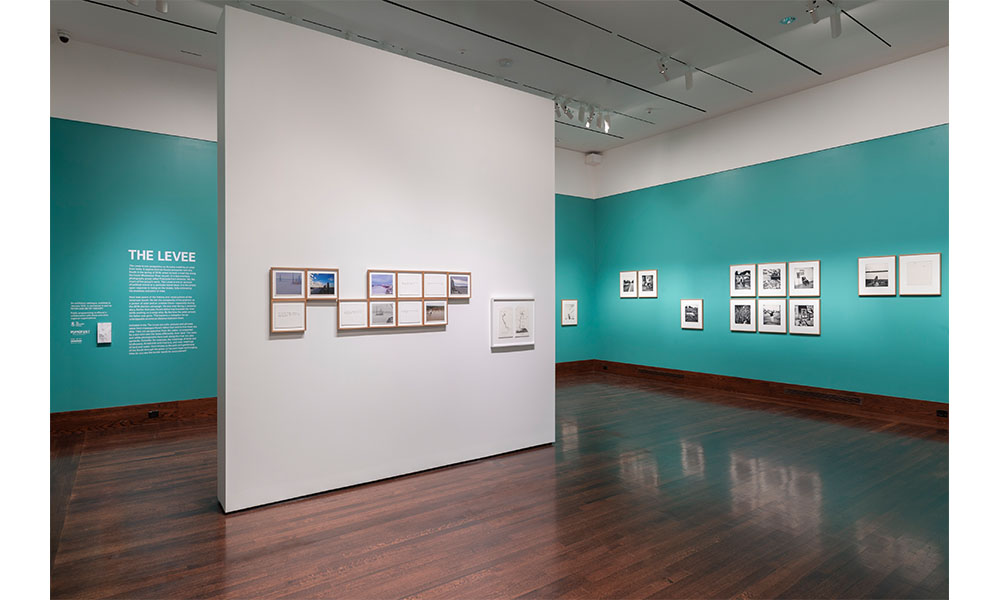 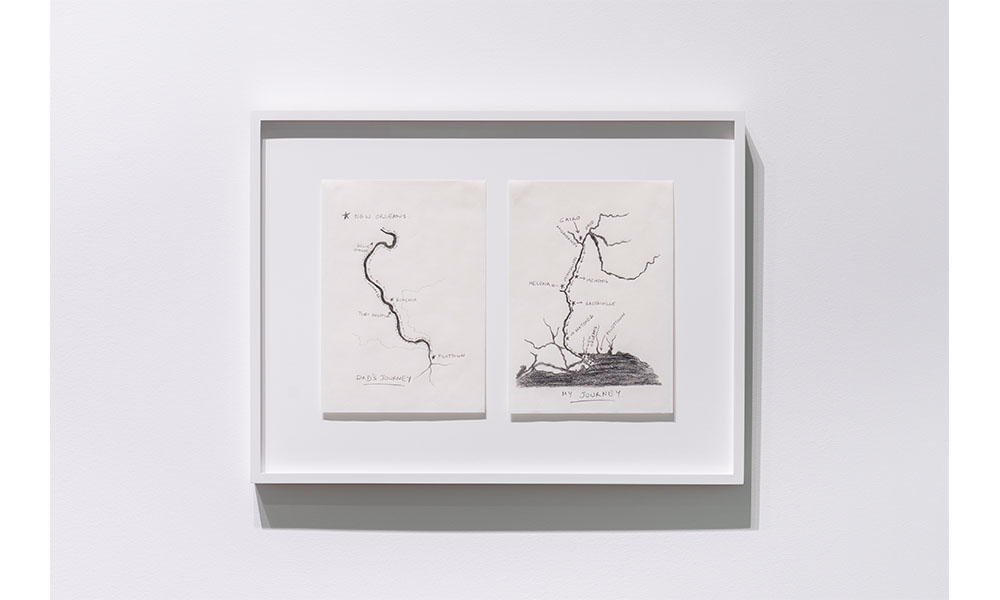 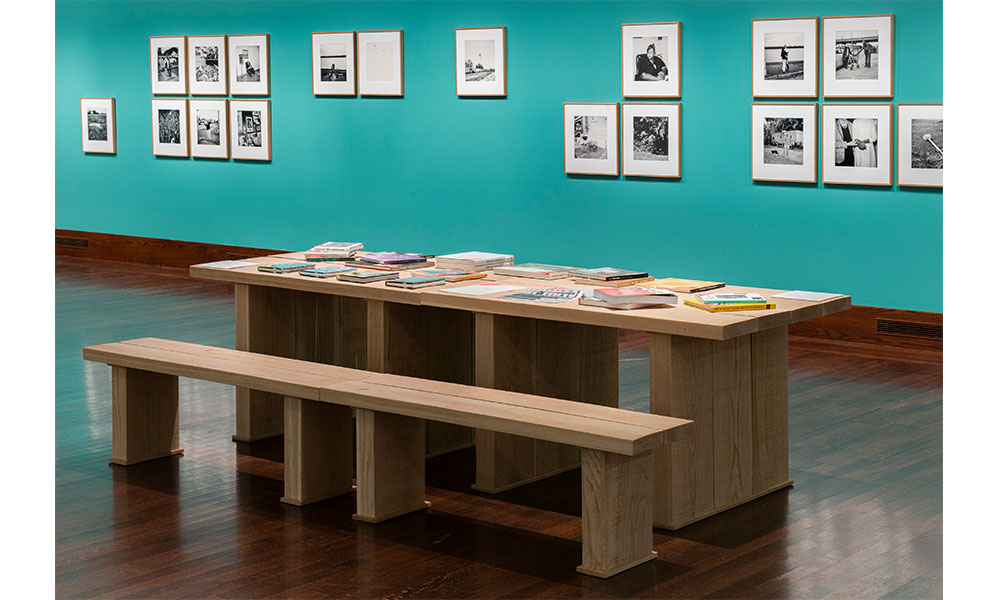 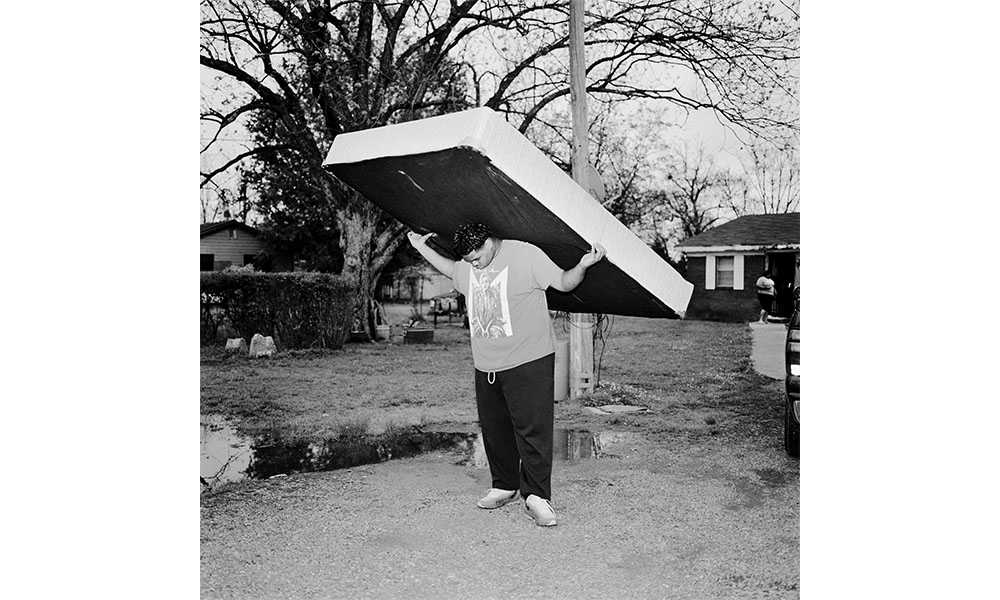 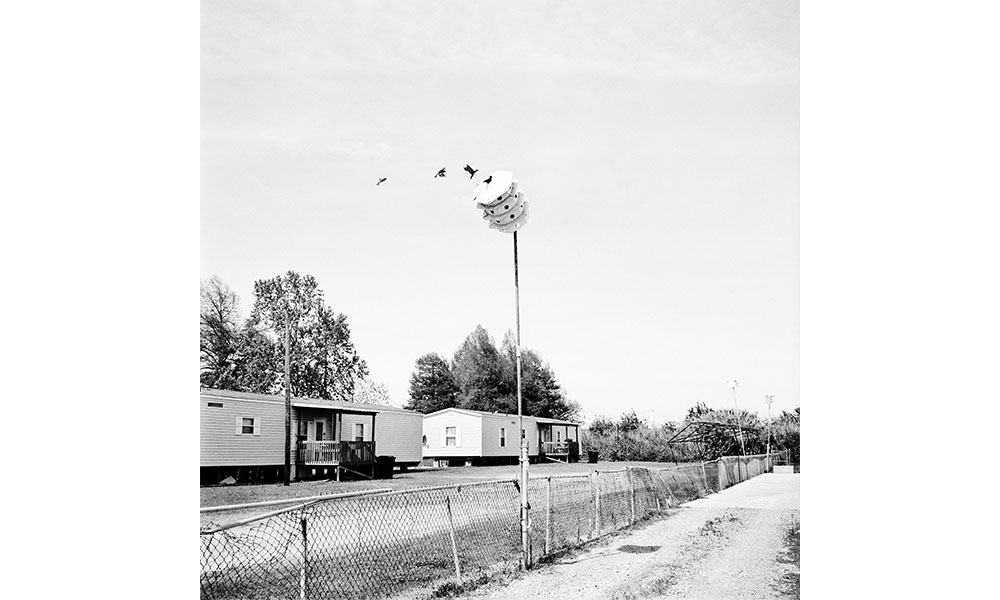 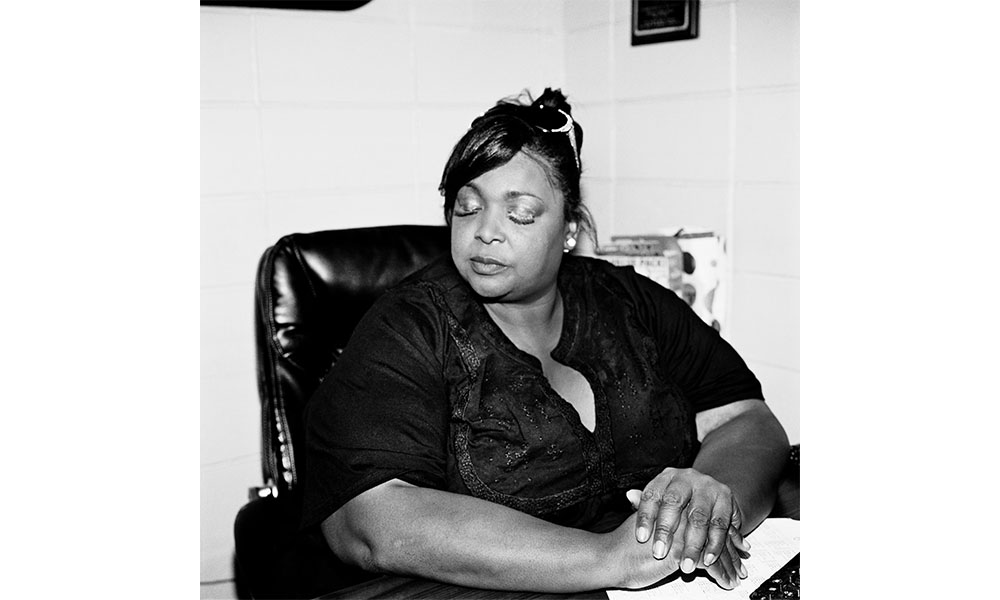 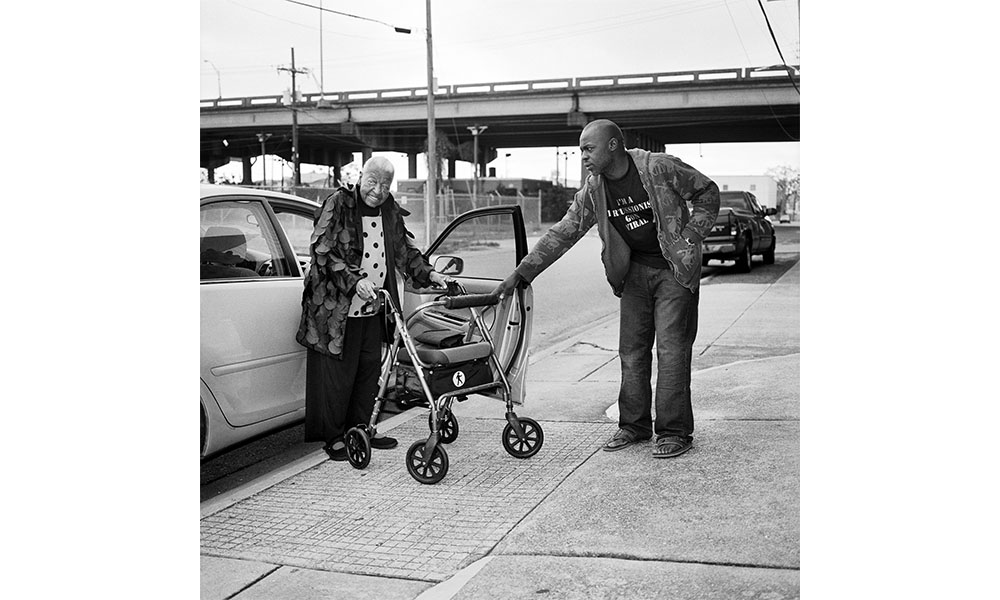 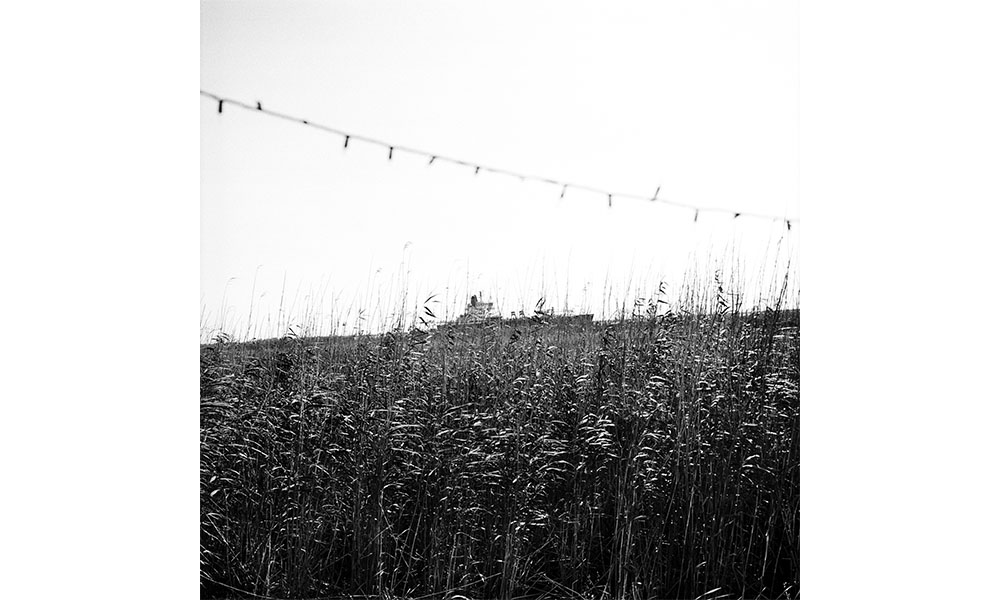 The Levee: A Photographer in the American South presents a body of photographs by Sohrab Hura (b. 1981, West Bengal, India) in which the artist explores themes of connection, perspective and place. The landscapes and portraits of The Levee trace Hura’s travel along the Mississippi River from its confluence with the Ohio to the far reaches of the delta in Louisiana. Hura, who lives and works primarily in India, made the pictures on a road trip he took in 2016 while participating in a loosely collaborative documentary project called Postcards from America. Echoing touchstones ranging from Farm Security Administration photography to Robert Frank’s The Americans to Alec Soth’s Sleeping by the Mississippi, Postcards fostered a reexamination of photographic perspective as well as producing rich documentary reflections on contemporary American life.

Hura’s trip along the lower Mississippi coincided with a contentious moment in American politics and social discourse, when the American South was much in the news. Yet The Levee is not a documentary account of political events or a particular social issue. Rather, it is a photographic response to being in a specific time and place, which embraces the complex effects of human perspective and includes the layered, interpenetrating nature of emotion and point of view. Building on metaphor and personal themes of longing and connection, Hura finds a world that looks him in the eye, holds him at the threshold, and buoys up with unlikely tenderness and hope.

The Levee: A Photographer in the American South is accompanied by an exhibition catalogue co-published with Candor Arts and enabled in part by Peter and Betsy Niehoff.

Hura’s experience along the Mississippi speaks to Cincinnati’s history as a river city and a gateway to the American South. Related programming at the museum uses The Levee as a springboard for the community to examine issues ranging from regional and national perceptions of the South, to race and identity, to social implications of mental health disorders.

Conversations on The Levee

Join special guests for a series of participatory conversations held around the exhibition’s picnic table.

Explore the dimensions of spirituality in daily life, from the ways we nurture hope amidst pain to the notion of being present in place, nature and community. Moderated by Pastor Alice Connor, UC chaplain and author of How to Human: An Incomplete Manual for Living in a Messed-Up World, the conversation includes distinguished guest speakers Daniel Hughes, pastor of Incline Missional Community and a member of the Economics of Compassion Initiative and the Jubilee Cincinnati Campaign, and Koti Sreekrishna, senior scientist at Procter & Gamble, religious counselor of the Hindu Society of Greater Cincinnati and co-author of The Complete Bhagavad-Gita: A verse-by-verse self-study guide to master the ancient text with new insights.

This is a live recording of the Gallery Experience on Connectedness that and was inspired by the special exhibition, The Levee: A photographer in the American South and took place on November 24, 2019.

Conversation With The Artist & Book Release

Join artist Sohrab Hura and curator Nathaniel M. Stein for a discussion about Hura’s life and work. Followed by a reception and book signing for the limited-edition exhibition catalogue published to accompany The Levee: A Photographer in the American South.

This episode is a live recording of the conversation between Photographer Sohrab Hura and Curator Dr. Nathaniel M. Stein to celebrate the closing of The Levee exhibition and the Cincinnati Art Museum’s newest publication, The Levee: A Photographer in the American South.

Co-published with Candor Arts and enabled in part by the support of Peter and Betsy Niehoff, The Levee: A Photographer in the American South includes original scholarship by exhibition curator Nathaniel M. Stein and contributions from photographers Jim Goldberg, An-My Lê, Alec Soth and Mikhael Subotzky and writer Chris Klatell. It is the first major publication about Sohrab Hura and one of few to document the history of Postcards from America. Available in January 2020, or for pre-order through the Cincinnati Art Museum store, in person or online.

Discover Hura’s mesmerizing, award-winning films in a rare North American screening, presented in partnership with The Mini Microcinema. Featuring three experimental shorts, Pati (2010), Sweet Life (2017) and The Lost Head & The Bird (2018), and a conversation with the exhibition curator.

Offered in partnership with the Manifest Drawing Center, this 8-week workshop led by photographer Michael Wilson focuses on gaining and picturing a nuanced understanding of place.

Creative Reading: The Levee at The Mercantile

Explore literary routes through the American South, South Asia, and along the Ohio River with reading suggestions from The Mercantile Library.

Sohrab Hura was born in 1981 in Chinsurah, West Bengal, India and currently lives in New Delhi. He was nominated to the renowned Magnum Photos collective in 2014, only the second photographer from India to be elected. Hura’s work is centered on photography but he also employs the written word, moving image and sound to explore his position in the world.

Hura has published several award-winning photobooks under the imprint Ugly Dog, including the trilogy Life is Elsewhere (2015), A Proposition for Departure (2017) and Look It’s Getting Sunny Outside!!! (2018), which deals with his relationship with his mother through her mental illness, and The Coast (2019), which delves into the shifting landscape of fact and fiction in contemporary Indian society. The Levee (an artist’s book that will complement the scholarly catalogue accompanying the Cincinnati exhibition) is the next title anticipated from Ugly Dog. Many of Hura’s published works are linked to time based media and sound productions, including Pati (2010), A Proposition for Departure (installation, 2017), Sweet Life (2017), and The Lost Head & The Bird (2018).

Public programs are brought to you in collaboration with these and other regional organizations: