A New Discovery in CAM: A Magic Mirror 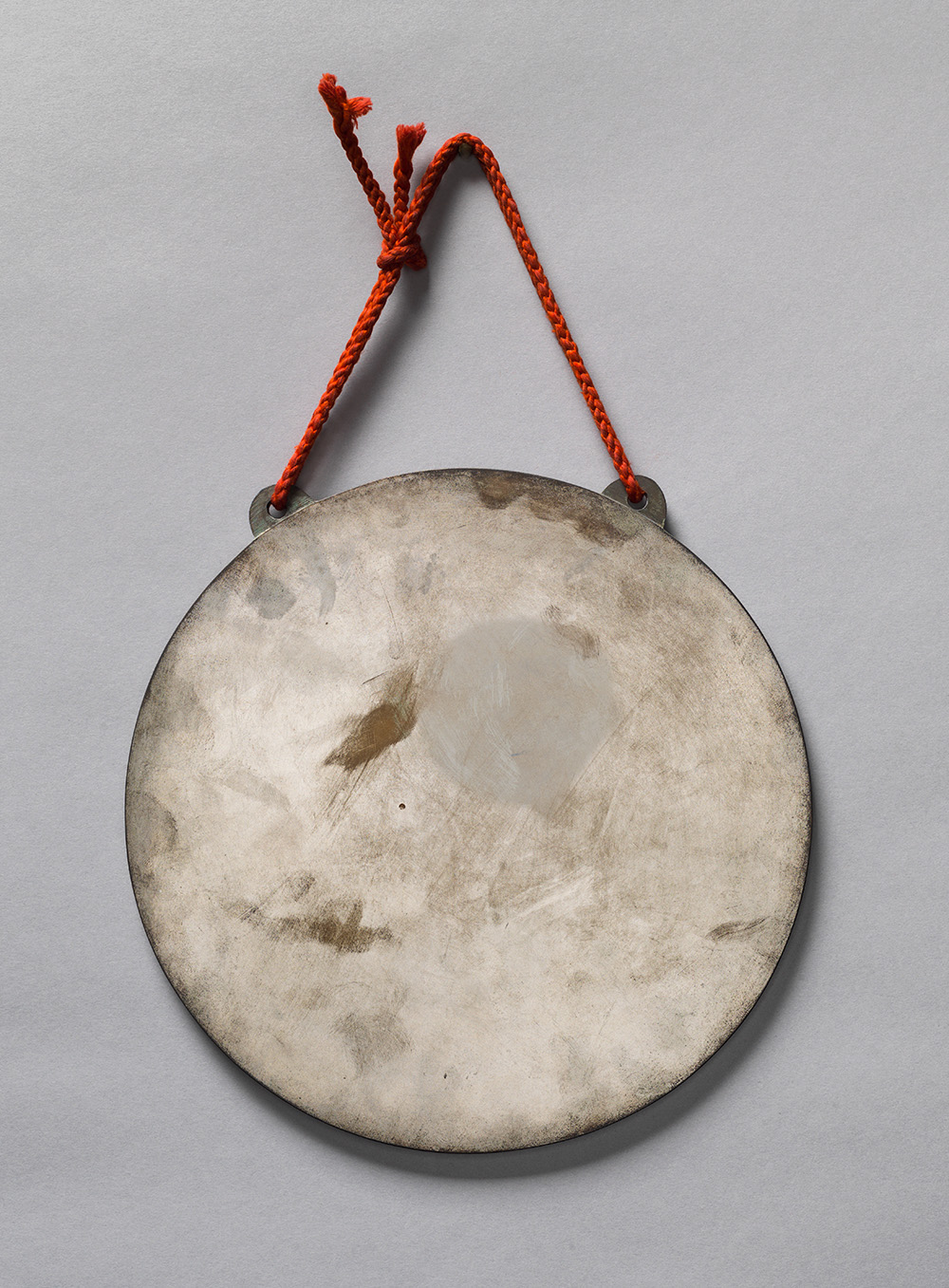 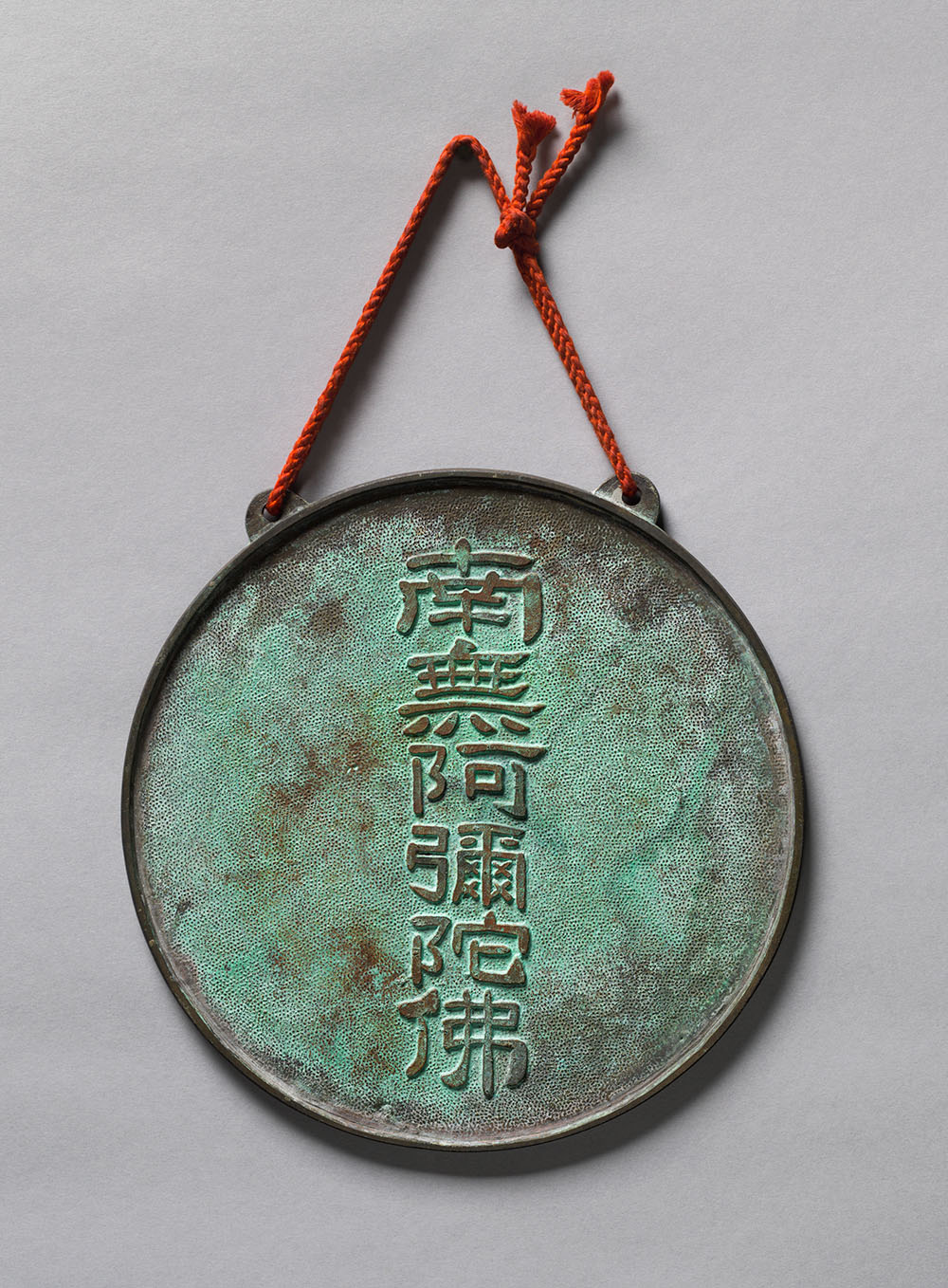 The most exciting thing that happened to me in 2021 while working from home is the discovery of the “magic mirror.”  The so called “magic mirror” was first created in China during the Han dynasty (202 BC – 220 AD) and known as the “transparent mirror” (透光鏡), because when placed in sunlight, the mirror projects the decorative design on the back of the mirror and seems to become transparent. Four such mirrors are in the collection of the Shanghai Museum.

The front of the Art Museum’s mirror is the standard polished reflective surface like any other mirror and the back is marked with six-characters, “南無阿彌陀佛,” the name of Amida Buddha (or Amitābha). Amida is the main deity in the Jodo (Pure Land) sect of Buddhism, which believes that salvation is ensured for all those who invoke Amida’s name with sincere devotion.

The Museum’s mirror, however, appears to be even more magical than the Han dynasty “magic mirror,” since, under special lighting conditions, it projects not the characters on the back, but rather a completely concealed image of an Amida Buddha surrounded by numerous emanating rays of light. Ancient “magic mirrors” are very rare because of the great difficulties in making them. This mirror is now on display in the East Asian Gallery (G140). 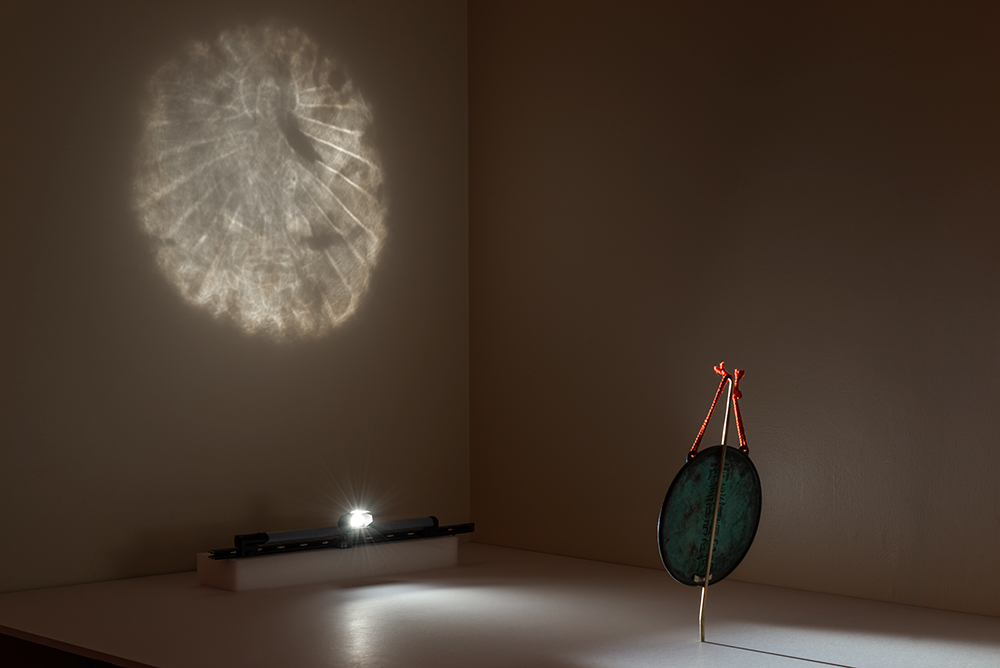 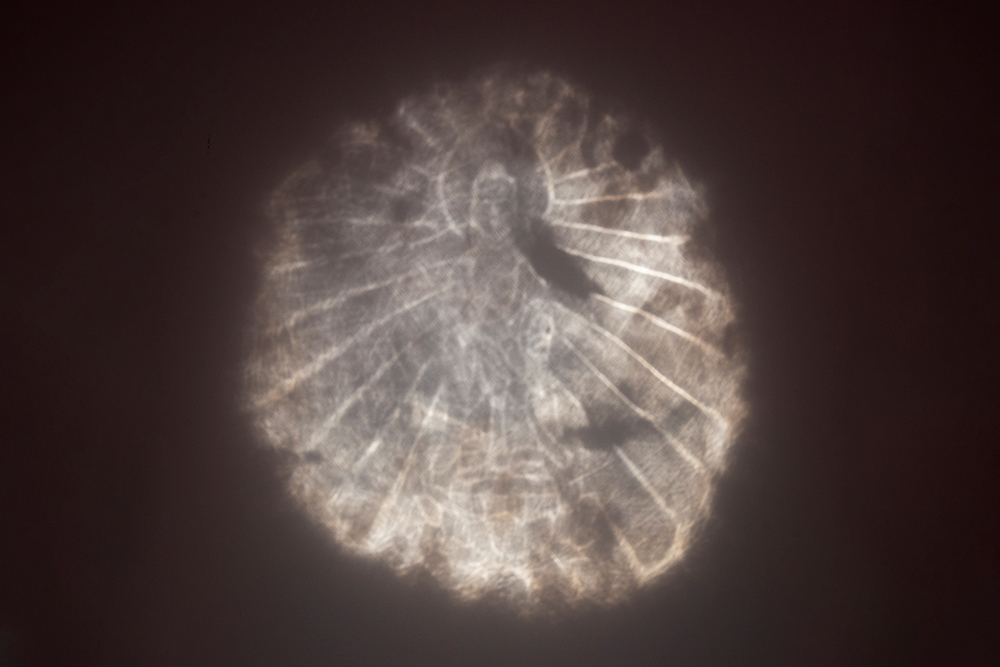