About the American Paintings, Sculpture and Drawings Collection

The Cincinnati Art Museum is a premiere venue for the study and enjoyment of American paintings, sculpture, drawings, and portrait miniatures. The character of the collection reflects the city’s eminence as an art center. The museum is the institution of record for artists associated with Cincinnati, including Hiram Powers, Robert S. Duncanson, Frank Duveneck, Elizabeth Nourse, John H. Twachtman, Henry Farny, and Robert Frederick Blum. In 1893, the museum instituted its Annual Exhibition of American Art, from which it purchased many noteworthy examples of American Impressionism. Grant Wood’s Daughters of Revolution is the highlight of a strong group of paintings from the 1930s. The extensive portrait miniature holdings feature well-known practitioners like the Peale family and Sarah Goodrich alongside artists not represented elsewhere. Aiming to present a more inclusive narrative of United States art history, an ongoing project, the museum has acquired works by Georgia O’Keeffe, Jacob Lawrence, Gertrude Vanderbilt Whitney, and others. 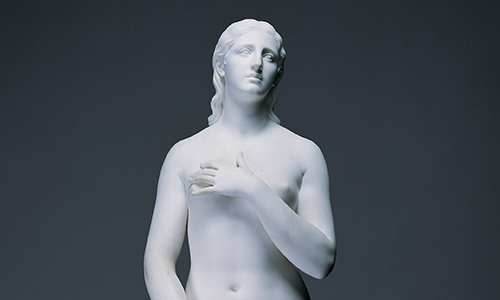 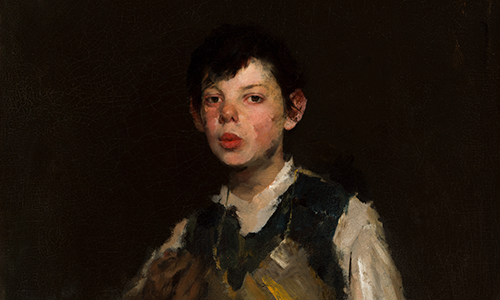 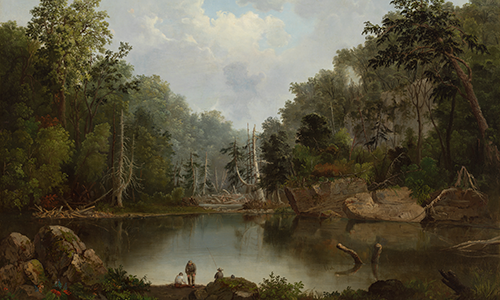 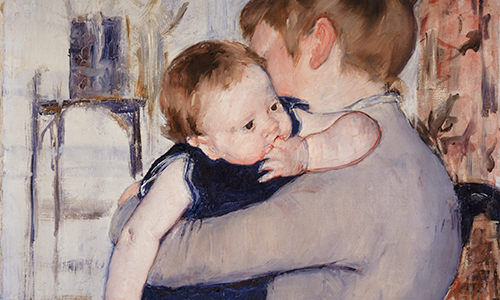 Baby in Dark Blue Suit, Looking Over His Mother's Shoulder 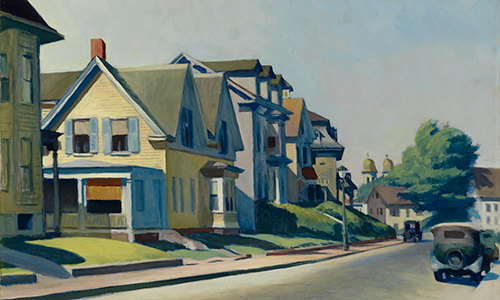 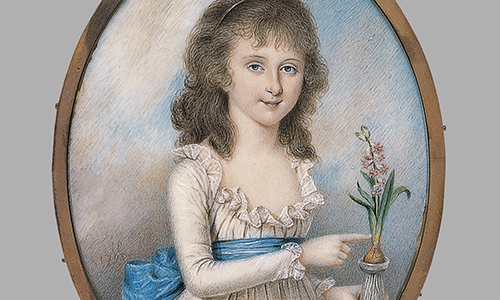 Dr. Julie Aronson has served as Curator of American Paintings, Sculpture and Drawings at the Cincinnati Art Museum since 1999. Dr. Aronson earned her B.A. in art history from Brandeis University, M.A. from Williams College, and Ph.D. from the University of Delaware. She is the recognized authority on the sculpture of Bessie Potter Vonnoh, the subject of her doctoral dissertation and her touring exhibition and catalogue Bessie Potter Vonnoh: Sculptor of Women (2008). Dr. Aronson’s professional experience includes a position as the assistant curator of American art at the Nelson-Atkins Museum of Art in Kansas City, Missouri, and research posts at the National Gallery of Art and the Smithsonian American Art Museum. She has published and lectured on topics ranging from New England folk portraiture to painters and sculptors of the Cincinnati region. Her research on the Cincinnati Impressionist Edward Henry Potthast culminated with the exhibition and publication Eternal Summer: The Art of Edward Henry Potthast (2013). Dr. Aronson has contributed essays to American Naïve Paintings from the National Gallery of Art, The Oxford Dictionary of American Art and other compendia. At the Cincinnati Art Museum, she collaborated with Marjorie E. Wieseman to curate the exhibition Perfect Likeness: European and American Portrait Miniatures from the Cincinnati Art Museum (2006) with its landmark catalogue. Dr. Aronson was on the curatorial team that produced the permanent collection display The Cincinnati Wing: The Story of Art in the Queen City, and edited and co-authored the companion publication.