The Cincinnati Art Museum’s department of South Asian Art, Islamic Art, and Antiquities is honored to steward distinguished collections that include over five thousand works of art. Tracing a trajectory that begins with neolithic period objects from the ancient Middle East, the collection promotes the arts and cultures of a vast geographic region over centuries. Recently, the collection has expanded to include contemporary works from artists based in greater South Asia and the Middle East, as well as diasporic artists in the US and Europe.

The arts of historic South Asia (often defined as modern India, Pakistan, Bangladesh, and Sri Lanka) are represented through architectural fragments, decorative arts, and paintings. The arts of the Islamic World (defined as countries where Islam was/is widespread, and here concentrates on the Middle East and Central Asia) includes strengths in ceramics, metalwork, and the calligraphic arts.

At the center of the ancient collections are the architectural fragments from Khirbet et-Tannur. As the most significant collection of Nabataean material outside of Jordan, CAM is committed to the research, conservation, and display of these works for visitors and scholars alike. The ancient Mediterranean collection features notable examples of sculpture and ceramic vessels from ancient Egypt, Greece and Rome.

The department generates new scholarship through collection-based research, presented to our audiences through exhibitions, publications, and digital projects. 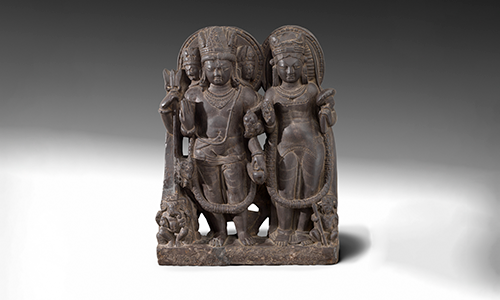 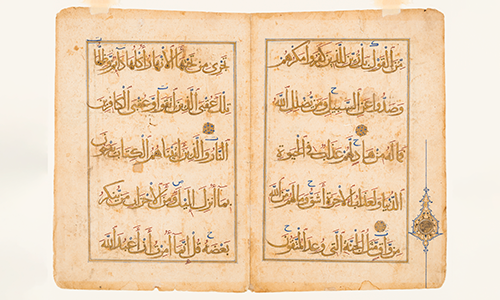 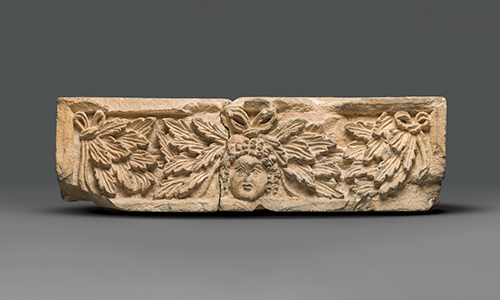 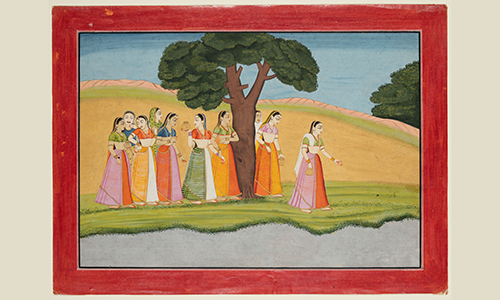 The Maidens of Braj come to the Kalanda River to Worship the Goddess Katyani, Page from a Dispered Manuscript - the "Fifth Basohli Bhagavata Purana" 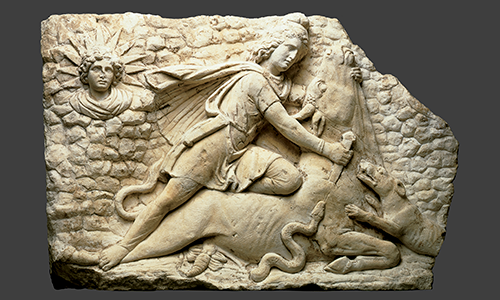 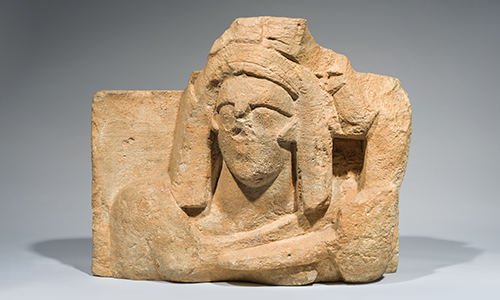 Dr. Ainsley M. Cameron was appointed Curator of South Asian Art, Islamic Art and Antiquities at the Cincinnati Art Museum in 2017. Cameron completed her doctorate at the University of Oxford in 2010, where her research focused on the late eighteenth and early nineteenth century Rajasthani painting workshop at Devgarh. She also holds an MA from the School of Oriental and African Studies (SOAS) at the University of London, and a BA in Archaeology and History from the University of Toronto. Cameron has extensive experience in curatorial practice, having previously held positions at institutions including the Philadelphia Museum of Art, the Victoria & Albert Museum, the British Museum, and the British Library. At the Cincinnati Art Museum, Cameron is responsible for the acquisition, research, and display of the museum’s South Asian, ancient Middle Eastern, Islamic, and Antiquities collections. She has published, delivered lectures, and organized exhibitions that highlight the arts of India and the Islamic world, exploring both historic and contemporary practices. Cameron is Chair of the museum’s Digital Committee and was Project Director of the multi-year gallery reinstallation project of CAM’s ancient Middle Eastern collections. Funded by the National Endowment for the Humanities and the Andrew W. Mellon Foundation, the gallery re-opened in late 2021.

Bringing the Temple Back to Life: Re-envisioning Khirbet-et-Tannur