Something Over Something Else: Romare Bearden’s Profile Series

“Something Over Something Else”: Romare Bearden’s Profile Series , special exhibition , member magazine 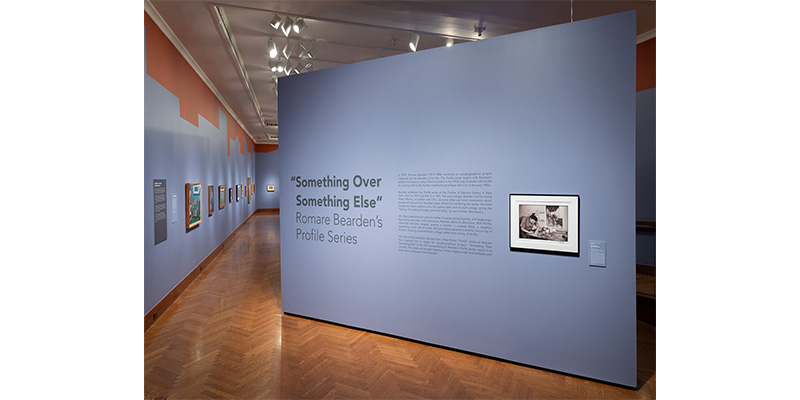 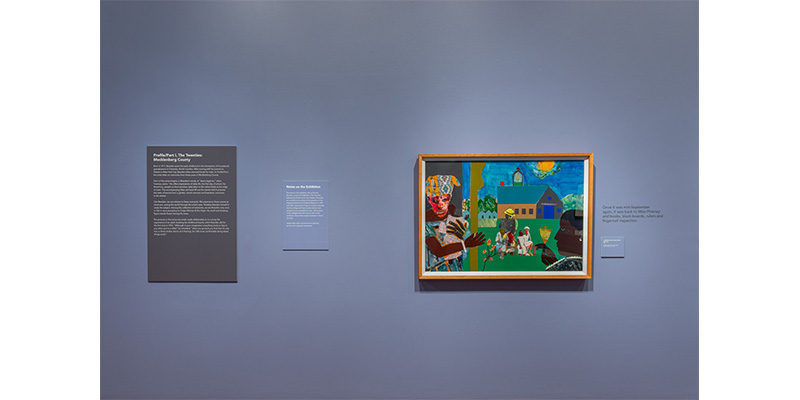 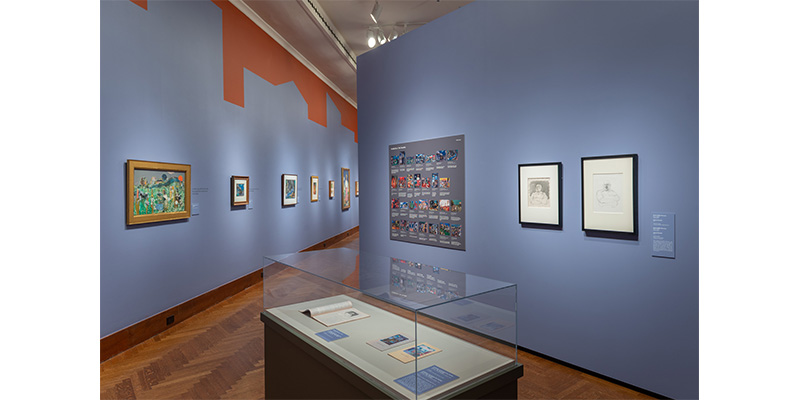 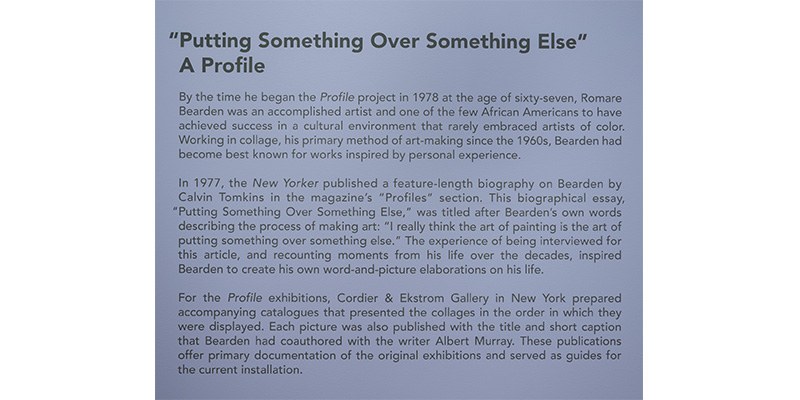 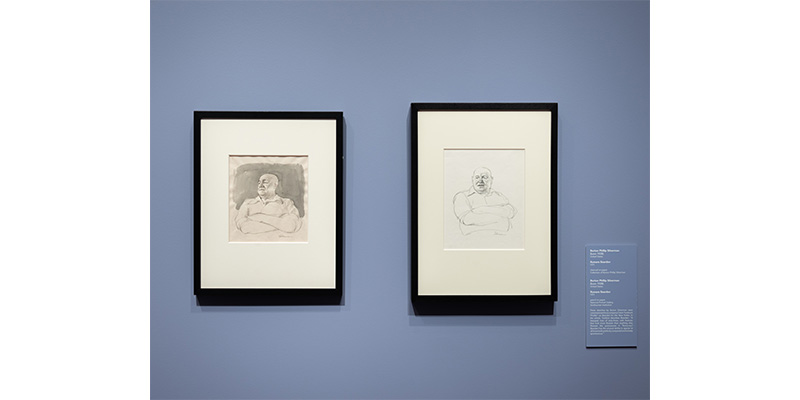 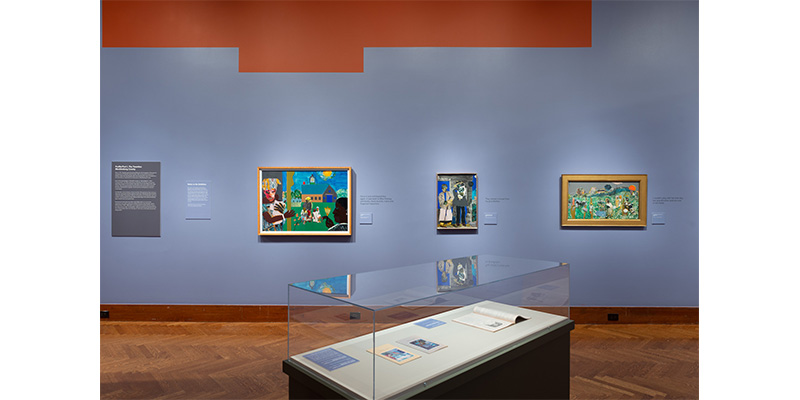 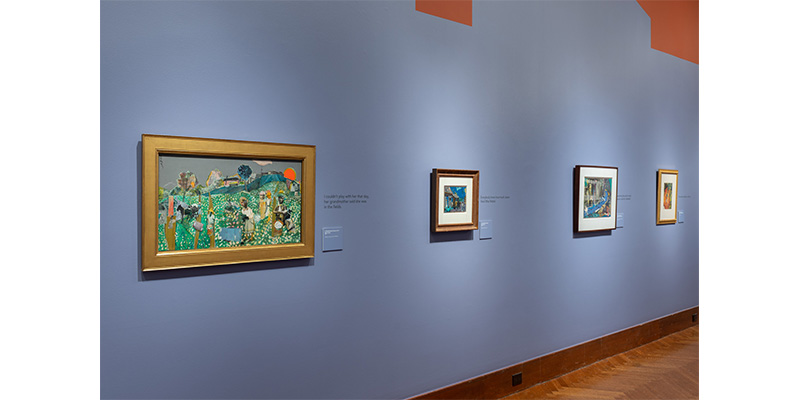 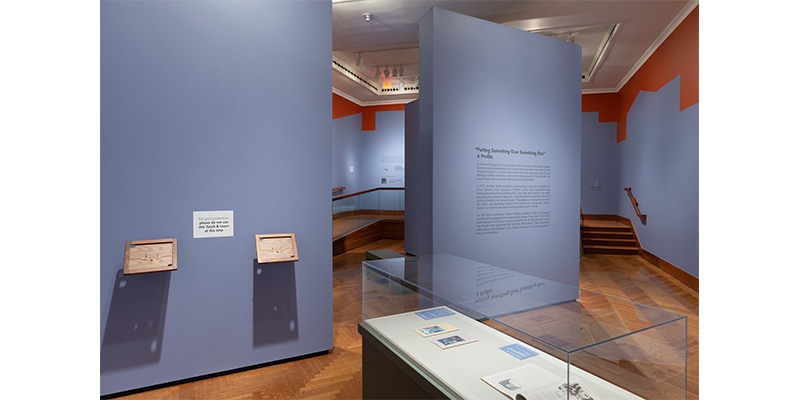 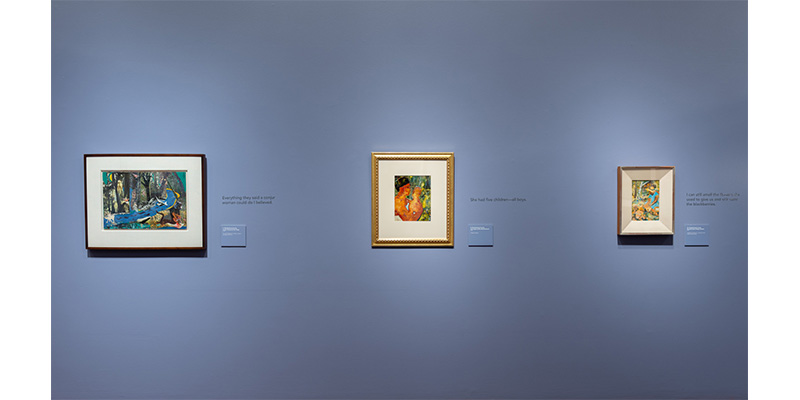 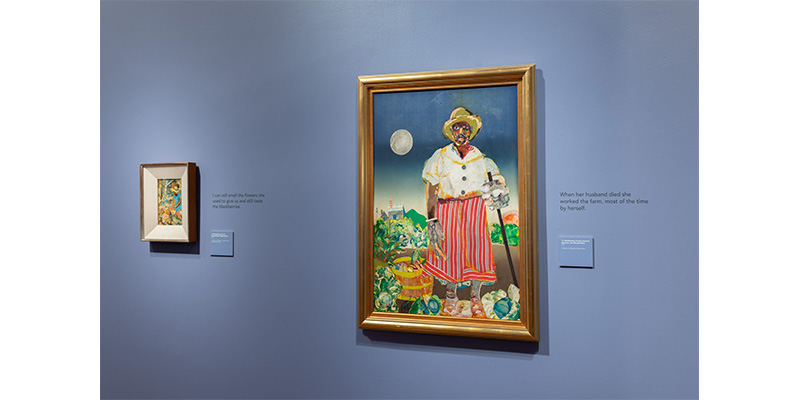 “Something Over Something Else” is a phrase Romare Bearden used to describe his organic creative process. He explained, “You put something down. Then you put something else with it, and then you see how that works, and maybe you try something else and so on, and the picture grows in that way.” So apropos to his collages, this description also suggests the improvisational quality of the jazz Bearden admired and the layered nature of memory, in which our impressions of the distant past merge with those of subsequent times of our lives.

Memory is central to this groundbreaking exhibition, which reunites more than 30 collages that appeared at New York’s Cordier & Eckstrom Gallery in a two-part series in 1978 and 1981. The impetus for the series was a feature-length article on the esteemed artist written by Calvin Tomkins for the “Profiles” section of the New Yorker. In Bearden’s Profile Series, the artist takes us on a poetic journey to the meaningful places, people and events of his early decades.

The 1920s appear in Part I, in which Bearden dwells upon childhood memories of rural Mecklenburg County, North Carolina, and his visits to his grandmother’s boarding house in the shadow of the Pittsburgh steel mills. Part II revels in the vibrant atmosphere of New York City’s Harlem neighborhood in the 1930s. Here, Bearden celebrates his professional coming of age in a rare self-portrait, in which he appears with a model in his studio above Harlem’s famed Apollo Theater.

A panorama of human experience unfolds in the Profile Series, which transcends autobiography to express universal themes: home, community, work, spirituality, music, death. Trains, symbols of life’s journey and of the “great migration” of African Americans from the South to the cities of the North, travel through these collages. Women figure prominently in many of them.

As in the original exhibitions, the works in “Something Over Something Else” appear in sequence, each accompanied by a title and line of text written by Bearden in collaboration with the author Albert Murray. Together, the evocative words and images create an unparalleled experience.

“Something Over Something Else”: Romare Bearden’s Profile Series is organized by the High Museum of Art, Atlanta. This project is supported in part by an award from the National Endowment for the Arts. Additional support is provided by the Andrew Wyeth Foundation for American Art.