Behind the Scenes: Decking out the Galleries

Over the past year or so, we have been working diligently to introduce more decorative art and design into our permanent collection galleries. This part of our collection numbers over 7,000 pieces, and we would like to share as much of it as possible with our visitors. It is important for us to provide the most comprehensive look possible at a given historical period—a view that includes not only what was happening in the world of paintings and sculpture, but also in ceramics, glass, metalwork, furniture and other types of decorative arts. Most recent efforts to deck out the galleries with more decorative arts have ranged from the display of ceramics on or in furniture already in the galleries to create “settings” that are akin to how you would have experienced these works of art in an historic interior, to adding full cases of decorative arts to our nineteenth and twentieth-century galleries that have been decorative-art-bare for some time. 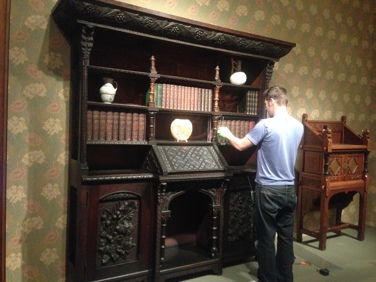 Here, you see us adding early examples of Cincinnati art pottery and books to a large secretary bookcase designed by Benn Pitman. Late nineteenth-century photographs show this secretary bookcase in the Pitman home stacked with bound volumes and showcasing a selection of art pottery. The books used in our current display were selected from the library of about 1300 manuscripts presented to the Art Museum’s first director, Alfred T. Goshorn, by the citizens of Philadelphia in recognition of his service as the Director-General at the Centennial International Exposition of 1876, the first World’s Fair held in the United States.

We have also brought out more of our Rookwood Pottery and displayed it with furniture of the same period made by Cincinnati’s Shop of the Crafters. 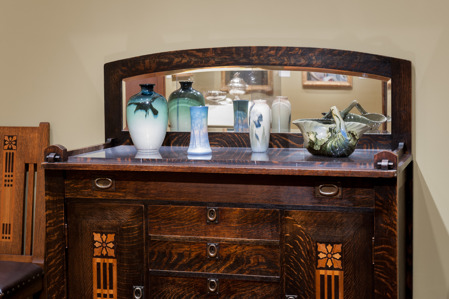 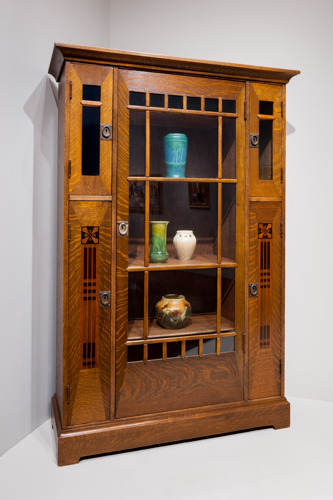 Over 20 superior examples of decorative arts and fashion accessories were added to our late 19th-century and early 20th-century European galleries this summer. Highlights include a cameo box composed of shell, enamel and diamonds from the House of Fabergé, Royal Worcester porcelain exhibited at the Philadelphia Centennial Exhibition, Italian mircromosaic jewelry, an Art Deco cigarette case in silver, enamel and eggshell lacquer depicting boxers duking it out in the ring, and several works by the famed Wiener Werkstätte of Austria. 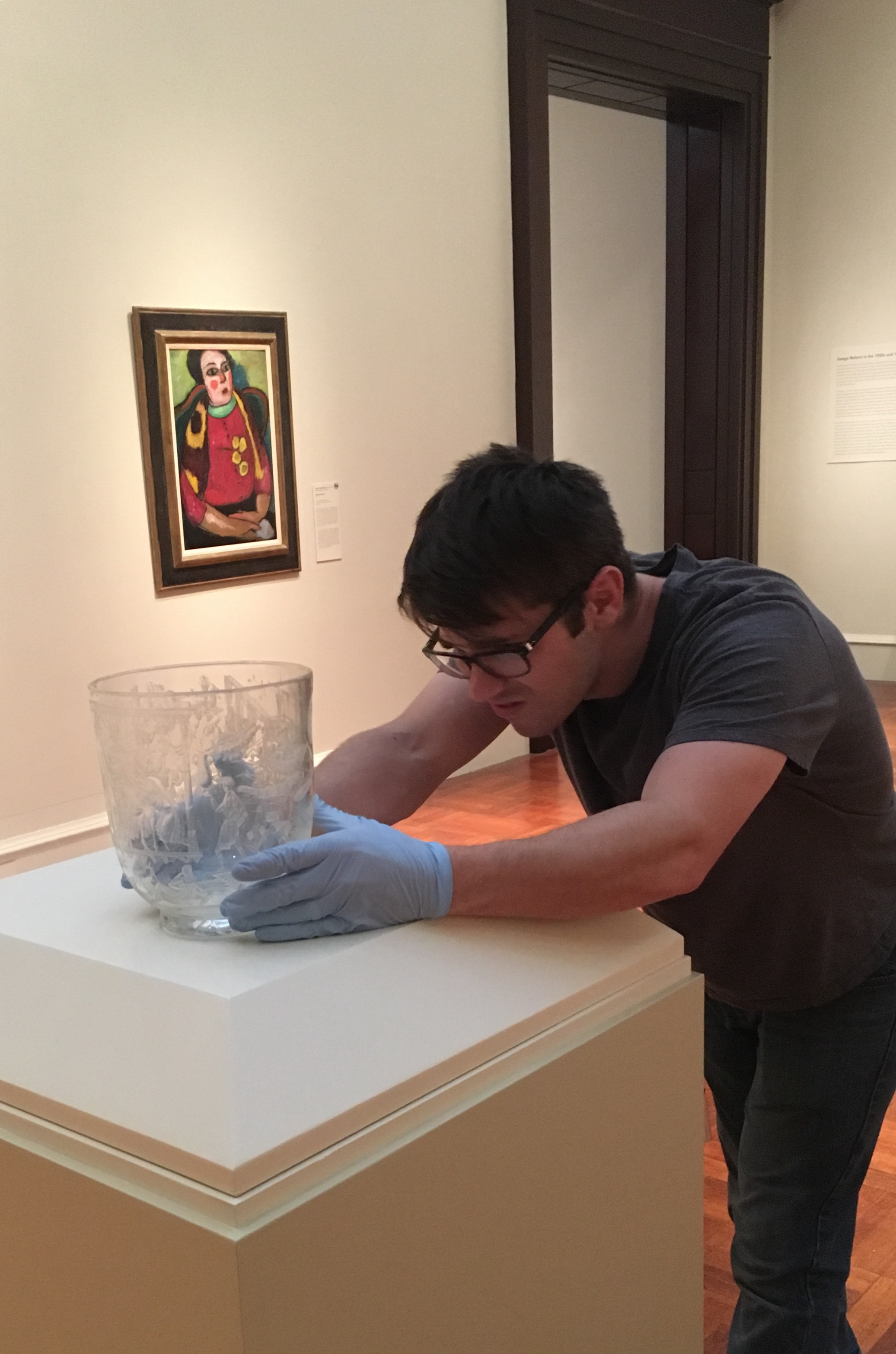 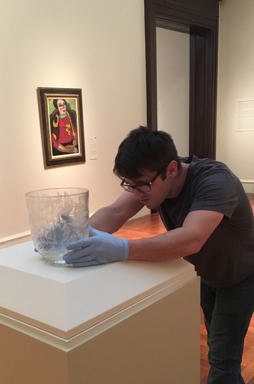 And, most recently, through the generosity of the Friends of Decorative Arts & Design, we were able to commission modern replacement hanging hardware for a newly acquired Tiffany stalactite shade gifted to the collection last year. 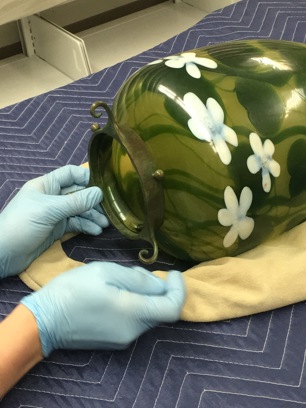 So, head over to the Art Museum. There are plenty of new and wonderful things to see.