Behind the Scenes in Conservation: Meet Dr. Johnson

Early this year the museum was given this portrait of the 18th century English writer Dr. Samuel Johnson.  William Doughty’s mezzotint from 1779 is a reproduction of a circa 1772 portrait in oil on canvas by Sir Joshua Reynolds in the Tate Museum in London.  It is not often that the museum receives prints that are framed as this one was.  It arrived in an elegant, gilt wood frame.  Protecting the back of the print were wood shingles.  When the shingles were removed, we could see that the edges of the print had been trimmed, it had been adhered overall to a larger sheet of paper, and the paper mount had been wrapped around and glued to a wood strainer.  This type of mount is fine for a painting on canvas, but it is not the best way to frame a print on paper.  The print was probably mounted and framed in the late 19th or early 20th century and the mount is not contemporary with the print.

To save the print from mechanical damage after unframing, it had to be removed from the strainer.  The mount paper had been so damaged by the acids in the wood strainer that it could not be removed in one piece.  When flexed, the paper cracked, as shown in the photograph.  The mount was trimmed, leaving a border around the print.  Acids in the wood shingles created the uneven stains across the center back of the mount.  Eventually, the acidic mount paper will be removed.  For now, the print will be housed in alkaline-buffered materials to slow acid-induced deterioration. 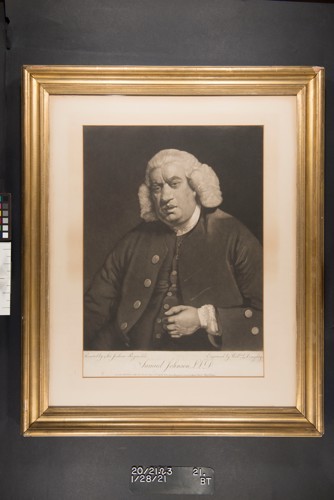 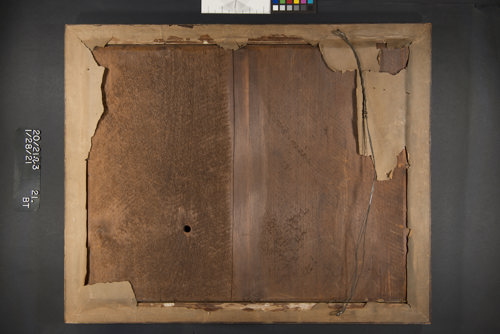 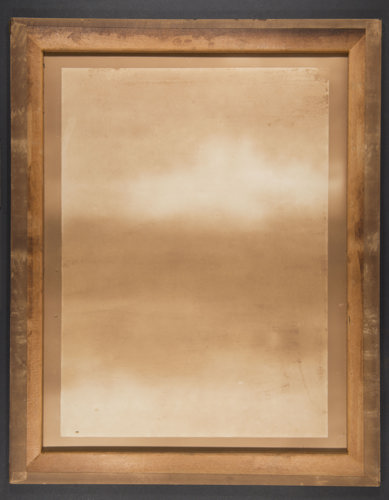 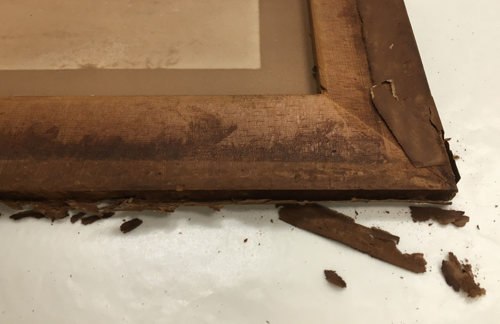 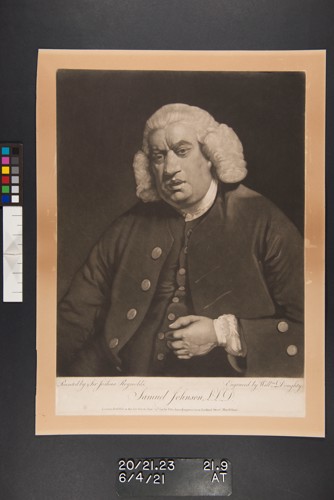