Behind the Scenes in Conservation: Brightening a Nearly 100-Year-Old Harbor Scene 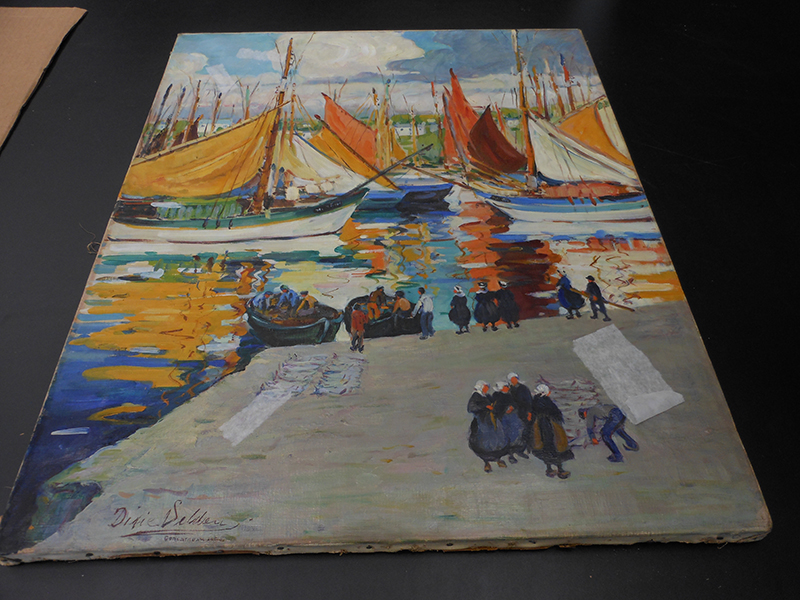 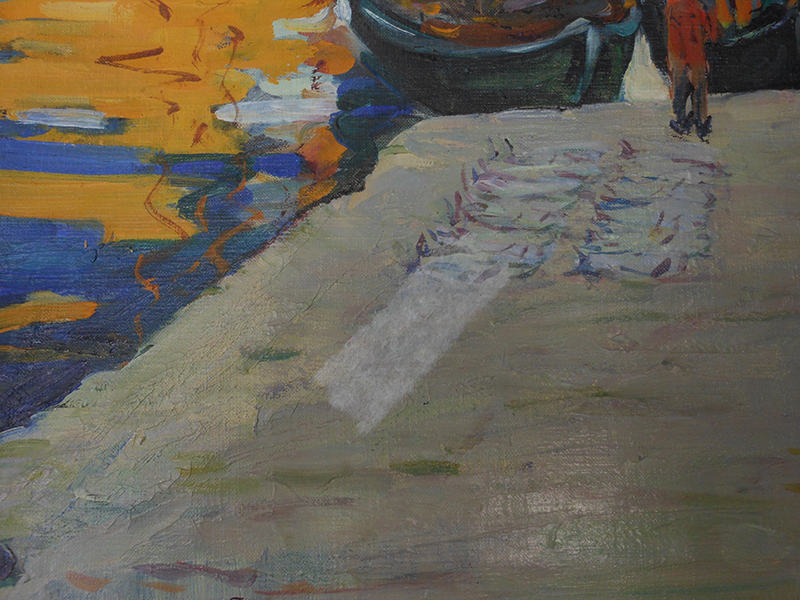 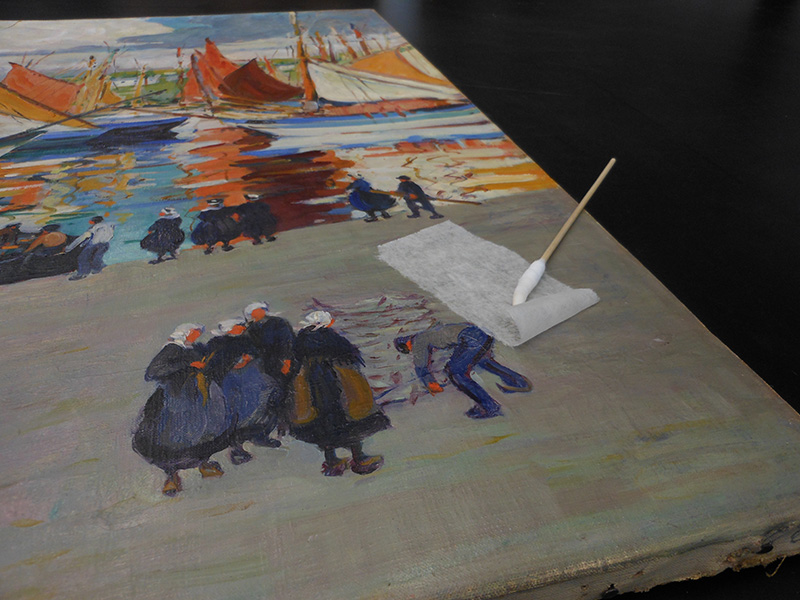 Recently acquired by the museum, this sunny painting, Tuna Boats, Concarneau, was painted by American artist Dixie Selden in 1925 on the coast of Brittany, France.

Before the work was shipped to the museum from out of state, our curator of American art, Julie Aronson, PhD, contacted a professionally trained paintings conservator in that region to examine it. He noted a few areas with cracks and lifting paint that might be jeopardized during transport. With permission from the owner, the conservator applied the three tissue paper patches you see here to make sure that no paint flakes were lost in transit.

Once the museum officially acquired the colorful work, our team was free to conserve the painting. Using the out-of-state conservator’s technical information, we carefully removed the paper patches. We then flowed conservation adhesive into the cracks and laid the paint down with gentle heat and pressure.

The artist applied varnish only in isolated portions of the scene, so next, as we continue to conserve the painting, we will lightly clean the surface of grime. Deformations in the loose canvas will be addressed by removing the painting from its stretcher. Moisture, weights, and time will reduce the convex deformations and the painting will be re-stretched. In the final step, two small old losses in the treated cracks will be filled and inpainted.

Tuna Boats, Concarneau will be looking its best when it is hung in the American galleries later this year. 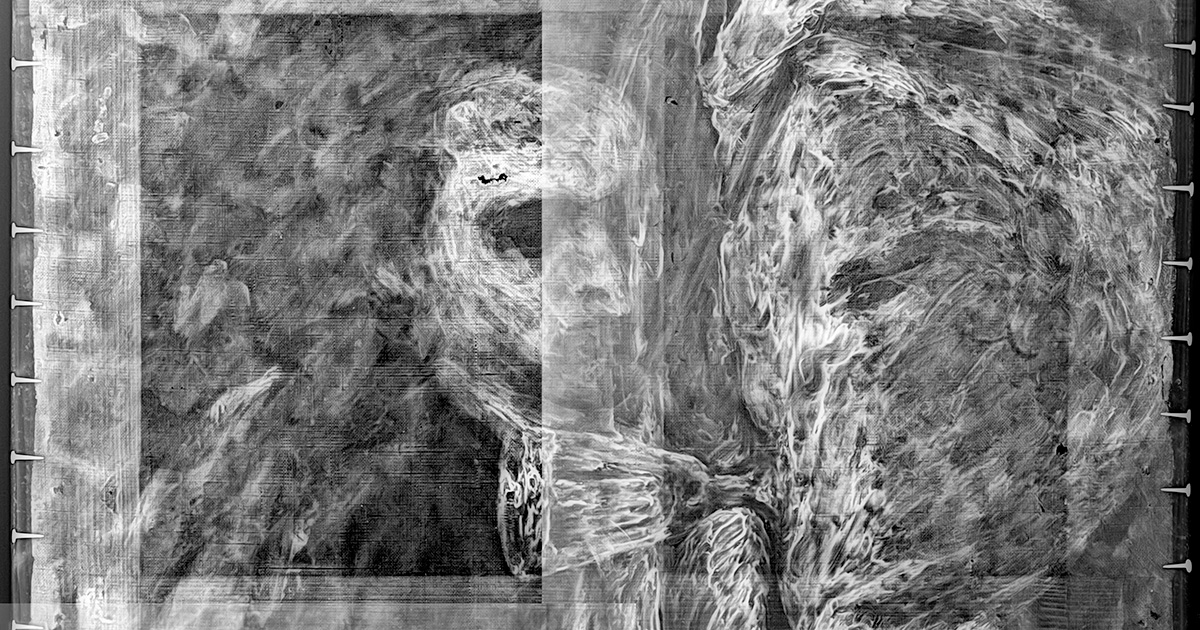 by Serena Urry, Chief Conservator
A few months ago, I posted about the complicated surface coatings on Cézanne’s Still Life with Bread and Eggs.” But what was going on under the surface was even more of a surprise. 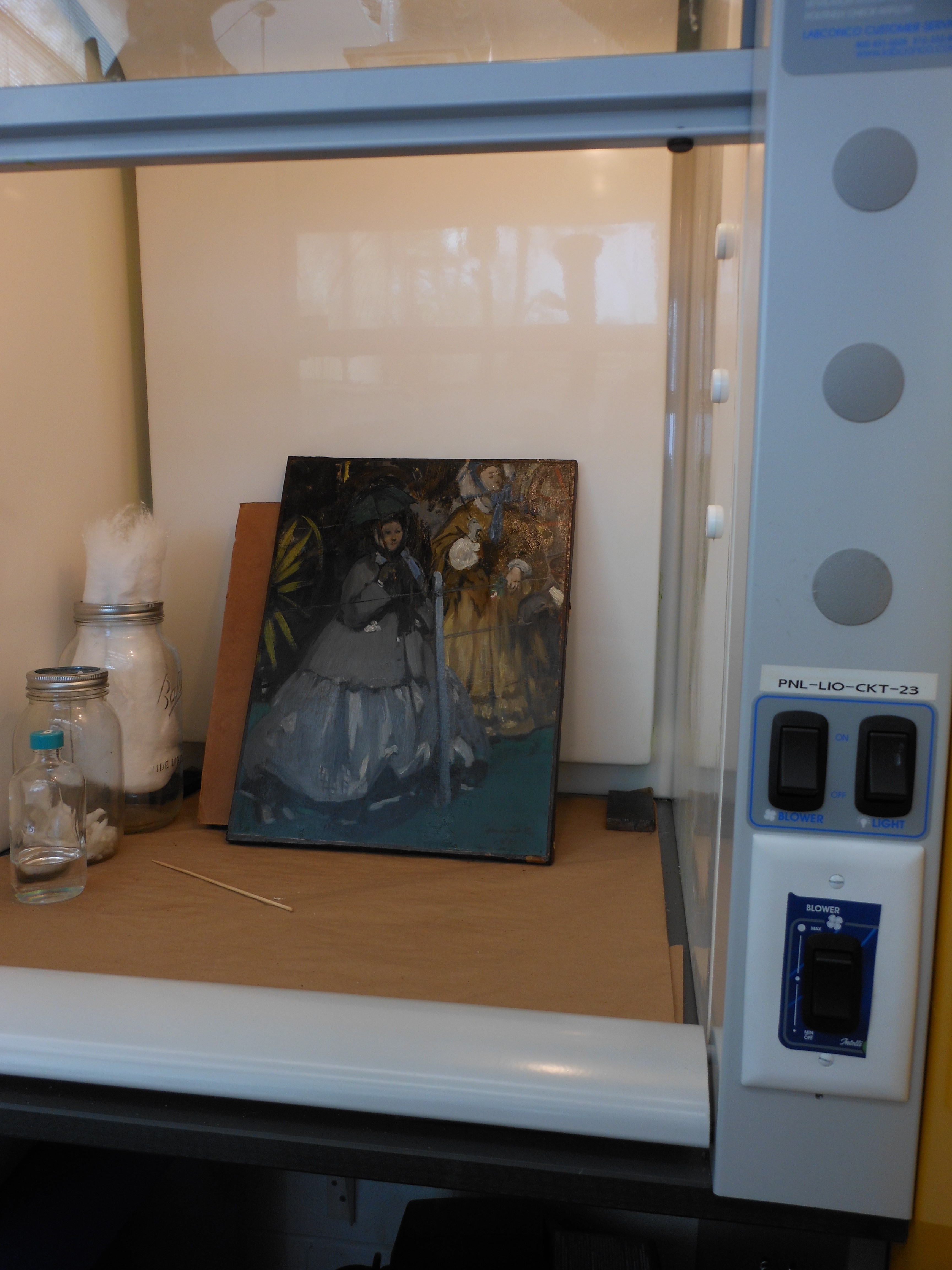 Behind the Scenes in Conservation: Women at the Races

by Conservation
Look for the recently conserved painting in our gallery soon. 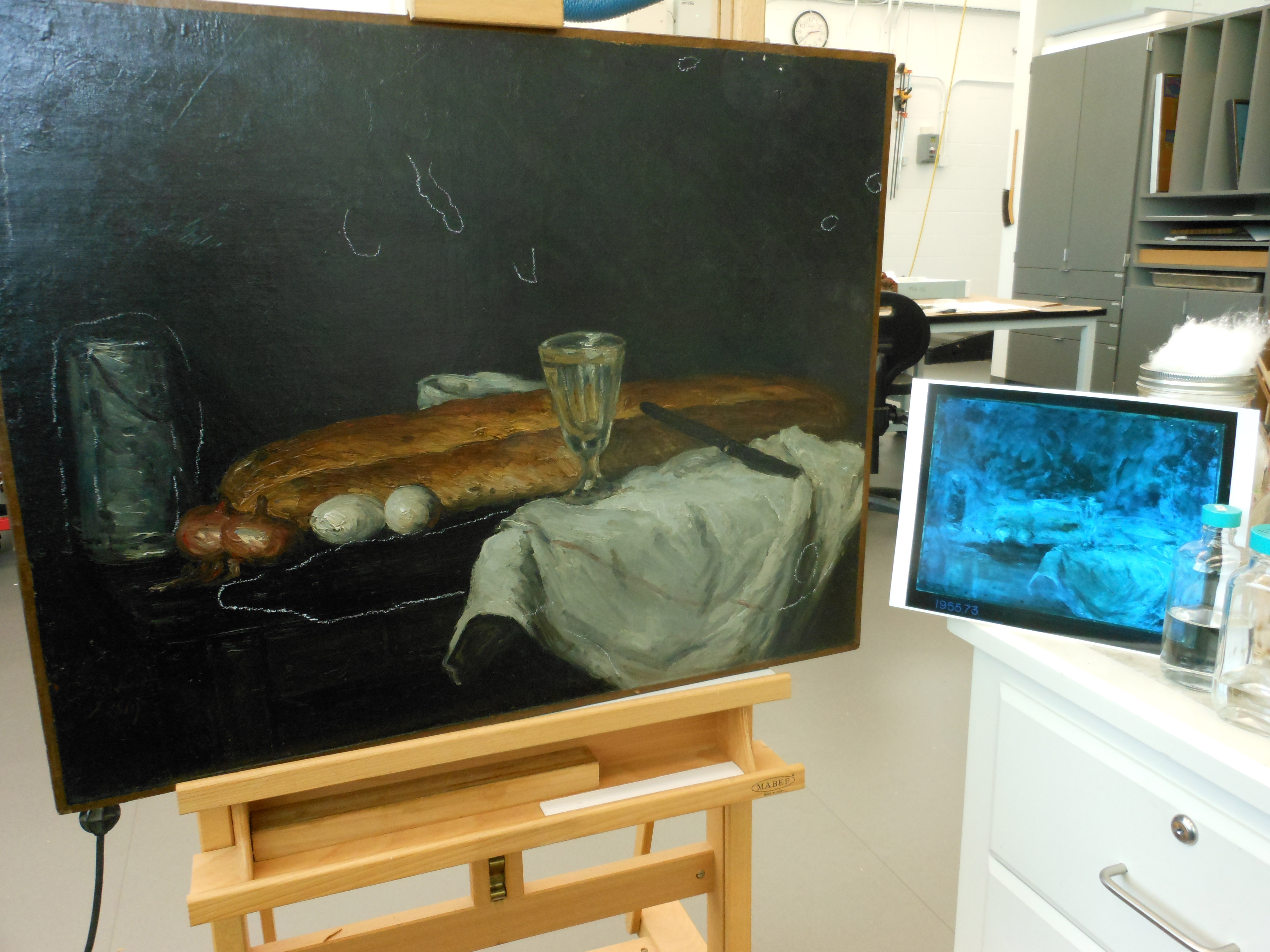 Behind the Scenes in Conservation: Bread, Eggs, and UV Light

by Conservation
Look for Bread and Eggs (and onions!) to return to the permanent galleries soon.