Around the world in seven days: A CAM adventure 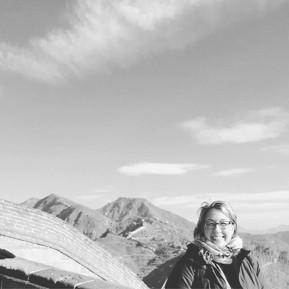 Flinching from the cold wind and sweating from exertion, I climbed up hundreds of steep, weathered rock steps. It was 20 degrees, but perfectly clear and sunny.

I reached a tower that allowed me to look out of open-air windows to see the mountains of China and the 2,300-year-old structure that I was traversing.

But the Great Wall of China was just one of the unforgettable experiences during the Cincinnati Art Museum’s media trip to China.

In January, I traveled more than 7,000 miles from Cincinnati to Xi’an and Beijing, China, in preparation for Terracotta Army: Legacy of the First Emperor of China, an exhibition that brings a portion of the greatest archaeological discovery of the 20th century to the museum. 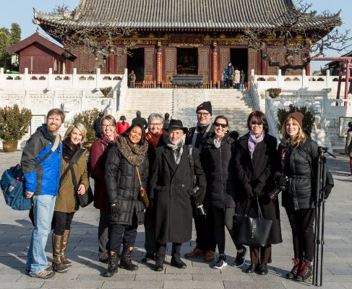 My responsibilities, along with Jan Hatchette, Deputy Director of Communications, VMFA, included working with a squad of invited reporters to experience China’s culture and rich history so they could capture stories related to this momentous exhibition. 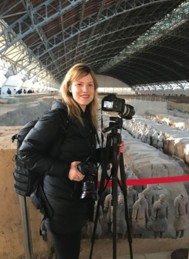 I worked closely with WCPO.com Digital Reporter Emily Maxwell and Forbes Freelance Travel Writer John Oseid. Together, we fought off jetlag and took on a rigorous schedule. I couldn’t have asked for better companions on this trip of a lifetime.

John, a long-time travel journalist who had previously stayed in Xi’an and Manchuria, taught me how to effectively grip chopsticks and correctly pronounce “xièxiè” (Chinese for thank you – sounds like: “shayshay”). He has since written several articles that beautifully capture the importance of the city we visited and the upcoming exhibition.

In addition to the strength of her award-winning digital reporting skills, Emily had traveled to Indonesia on a previous media trip with the Cincinnati Zoo as well as other international trips personally and professionally. She helped me remain calm when our Detroit-to-Beijing flight was delayed and required us to travel from Cincinnati-to-Paris-to-Amsterdam-to-Beijing. She is working on several stories that will air on WCPO-TV and on WCPO.com when the exhibition makes its Cincinnati debut in late April.

A bright side to our re-routed flights is that after traveling home from Beijing via Seattle-to-Minneapolis-to-Cincinnati, I can officially say that I’ve circumnavigated the globe! 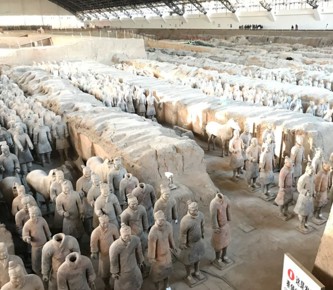 One of the trip’s most significant highlights was seeing the Museum and Mausoleum of the Terracotta Army of the First Emperor of Qin. Located at the foot of Lishan Mountain, 35 kilometers northeast of Xi’an, Shaanxi Province, is the official home of the 8,000 terracotta warriors. The excavation sites, called pits, were breathtaking in scope. Seeing the warriors in various phases of conservation helped me understand how precious this discovery was. In addition to the massive lineup of terracotta warriors, I saw horses, chariots, artworks and weapons from 246 to 208 BCE. 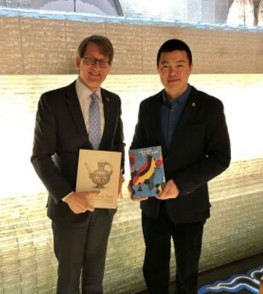 We visited various museums and historical sites, including the Palace Museum/Forbidden City in Beijing. We were treated to many delicious meals and had a number of interactions with diplomatic officials. While exchanging gifts with these officials they described their excitement about future collaborations that would allow more Chinese historical relics to be shared with American audiences.

We had less than seven days in China but the experiences I had will last a lifetime. 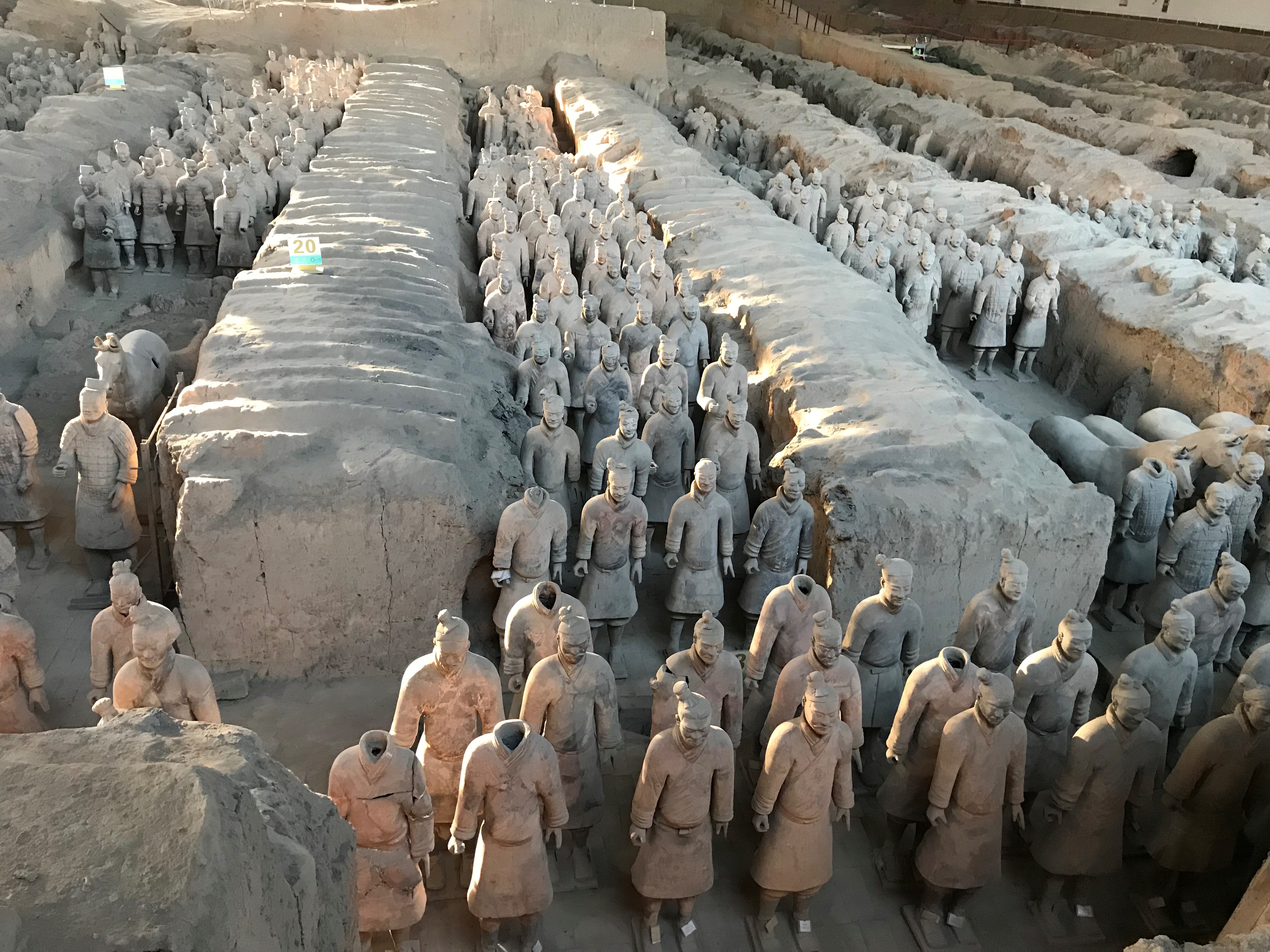 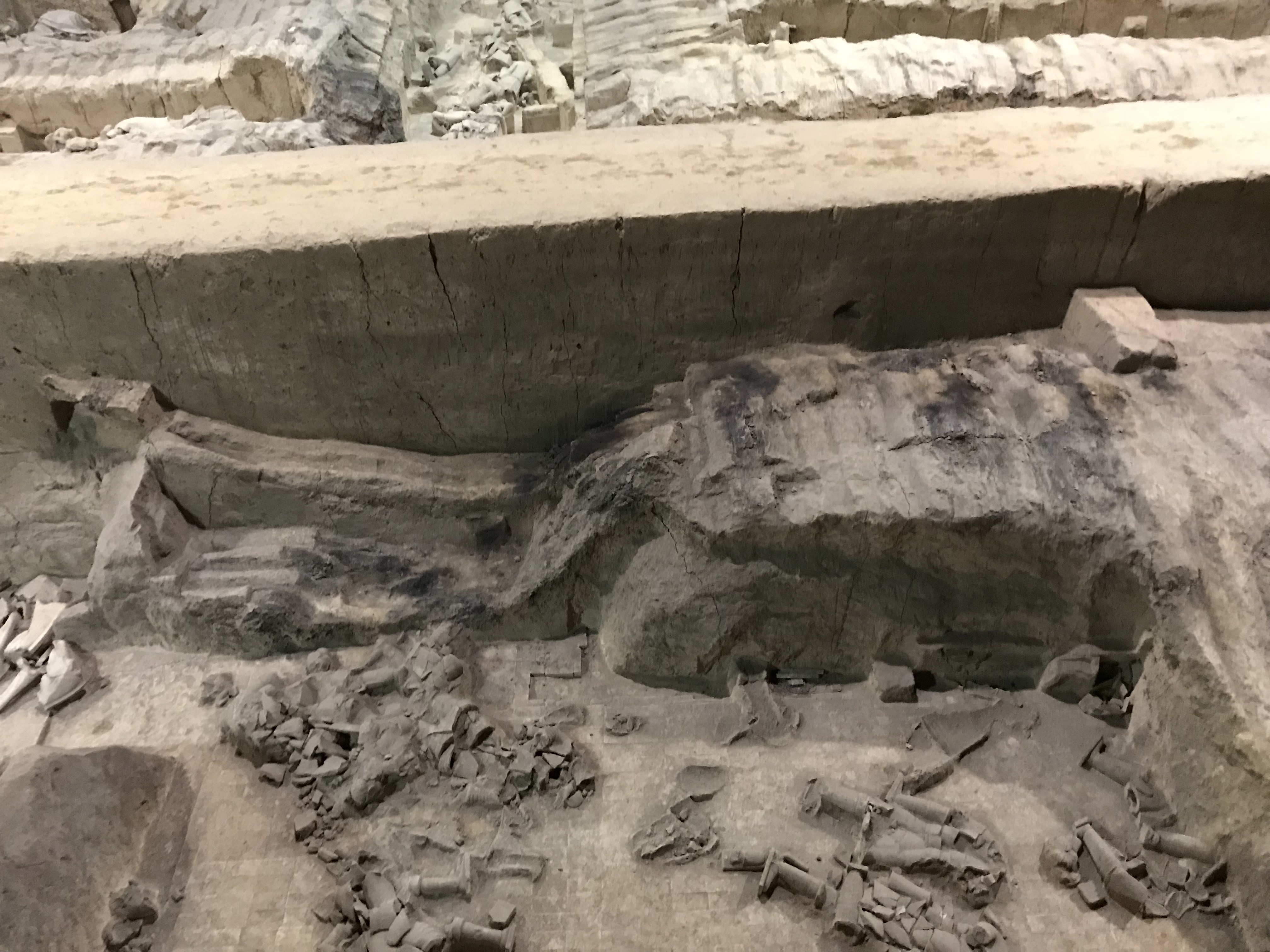 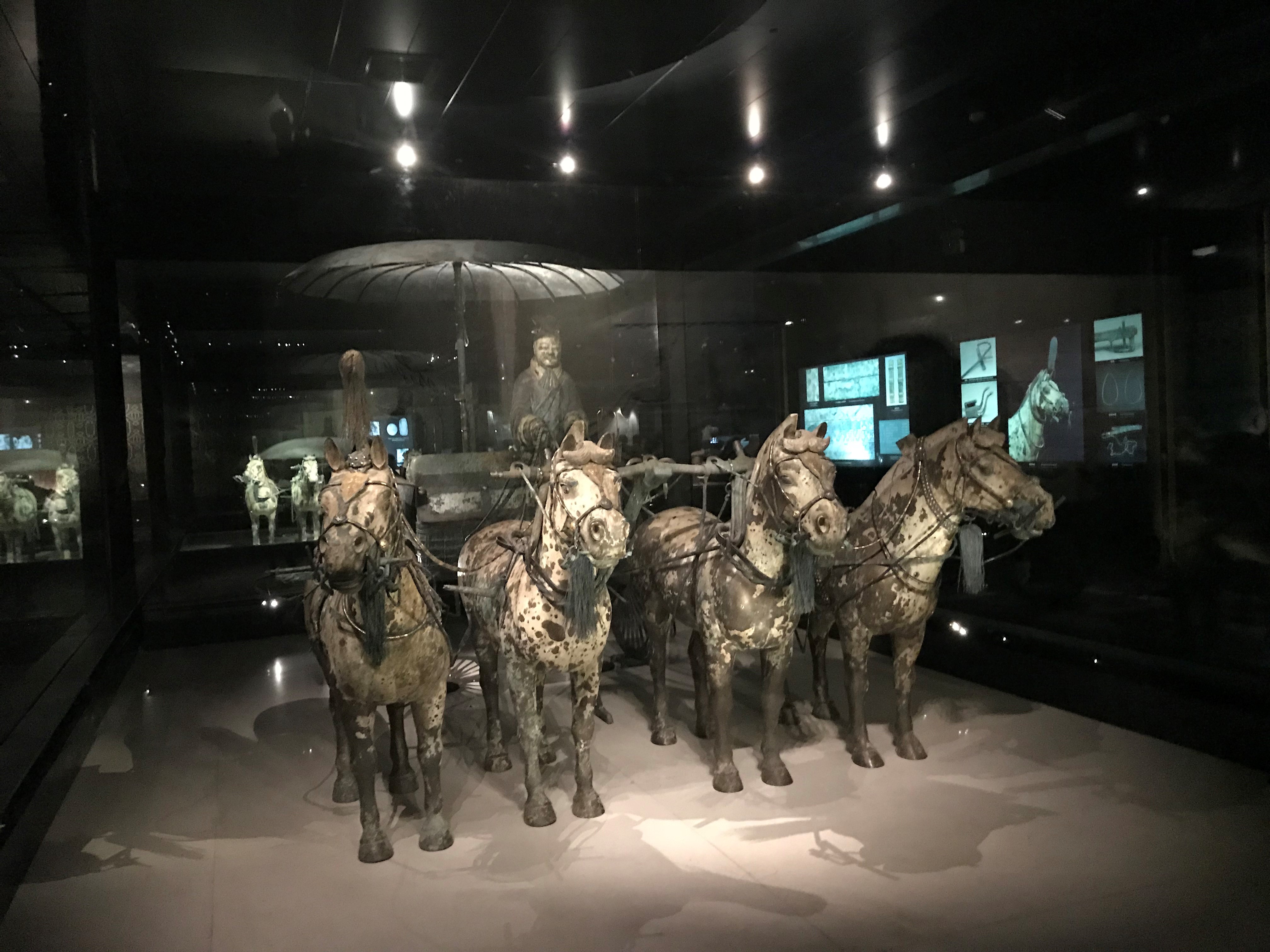 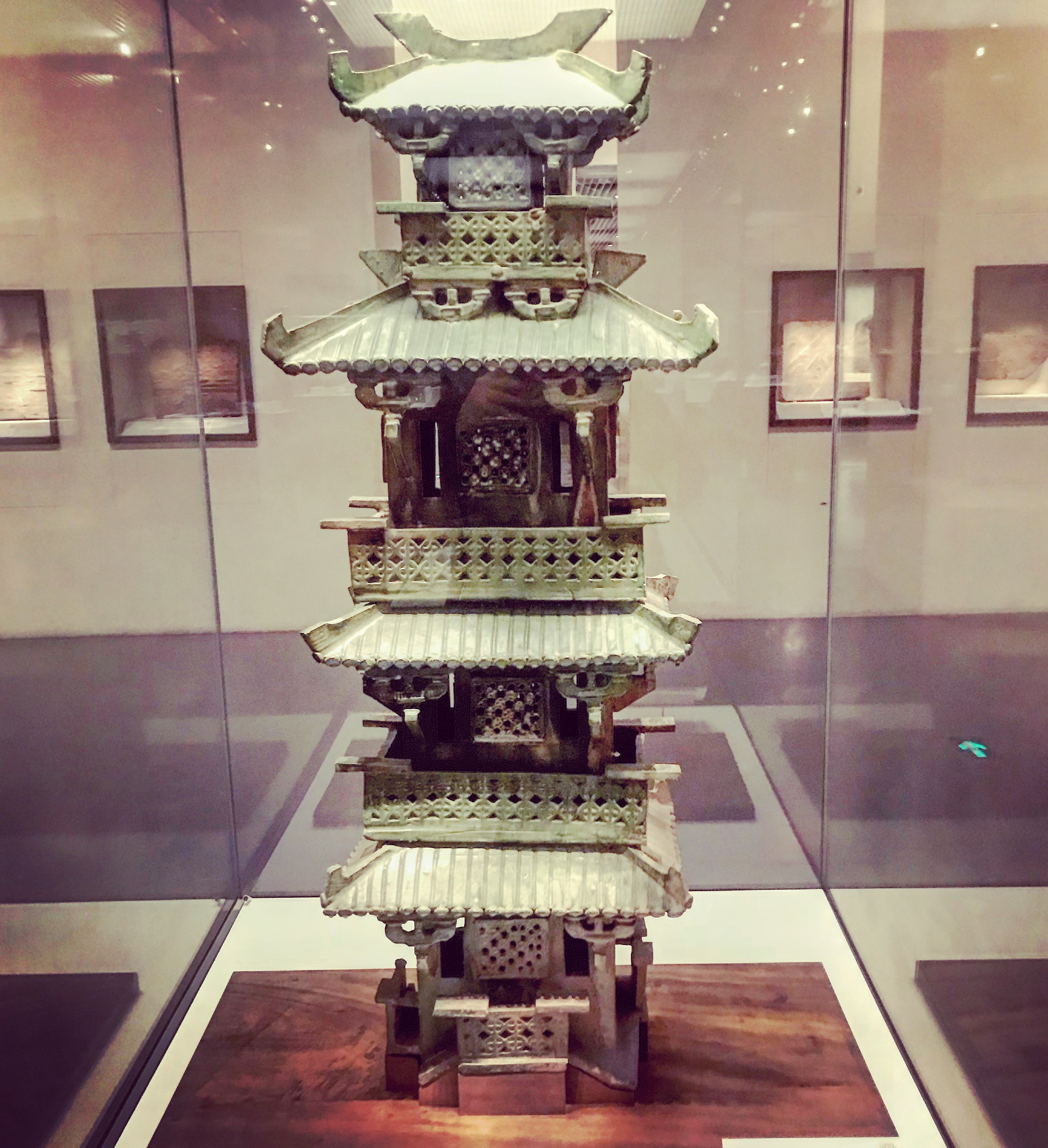 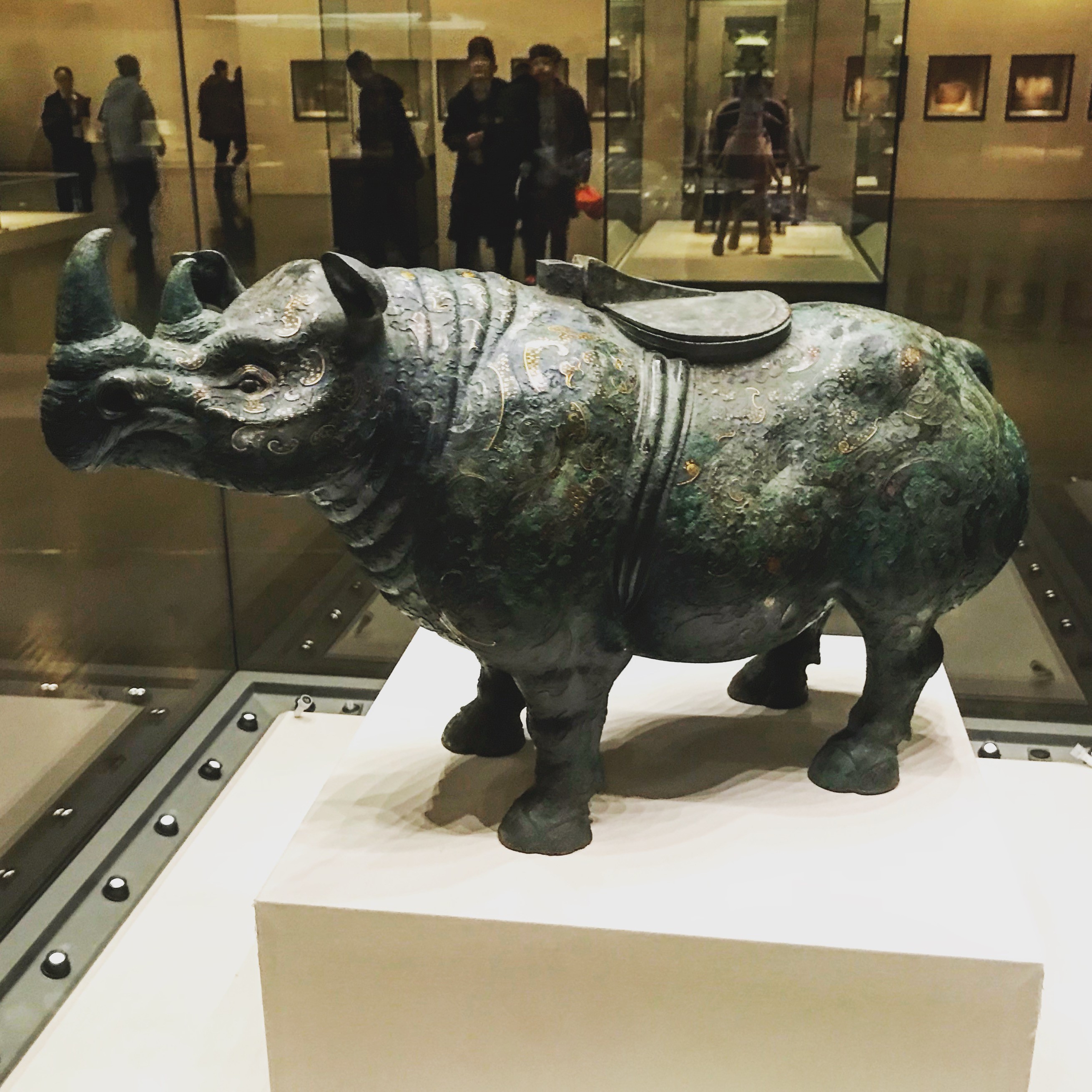