Behind the Scenes in Conservation: Quarantined in traction! 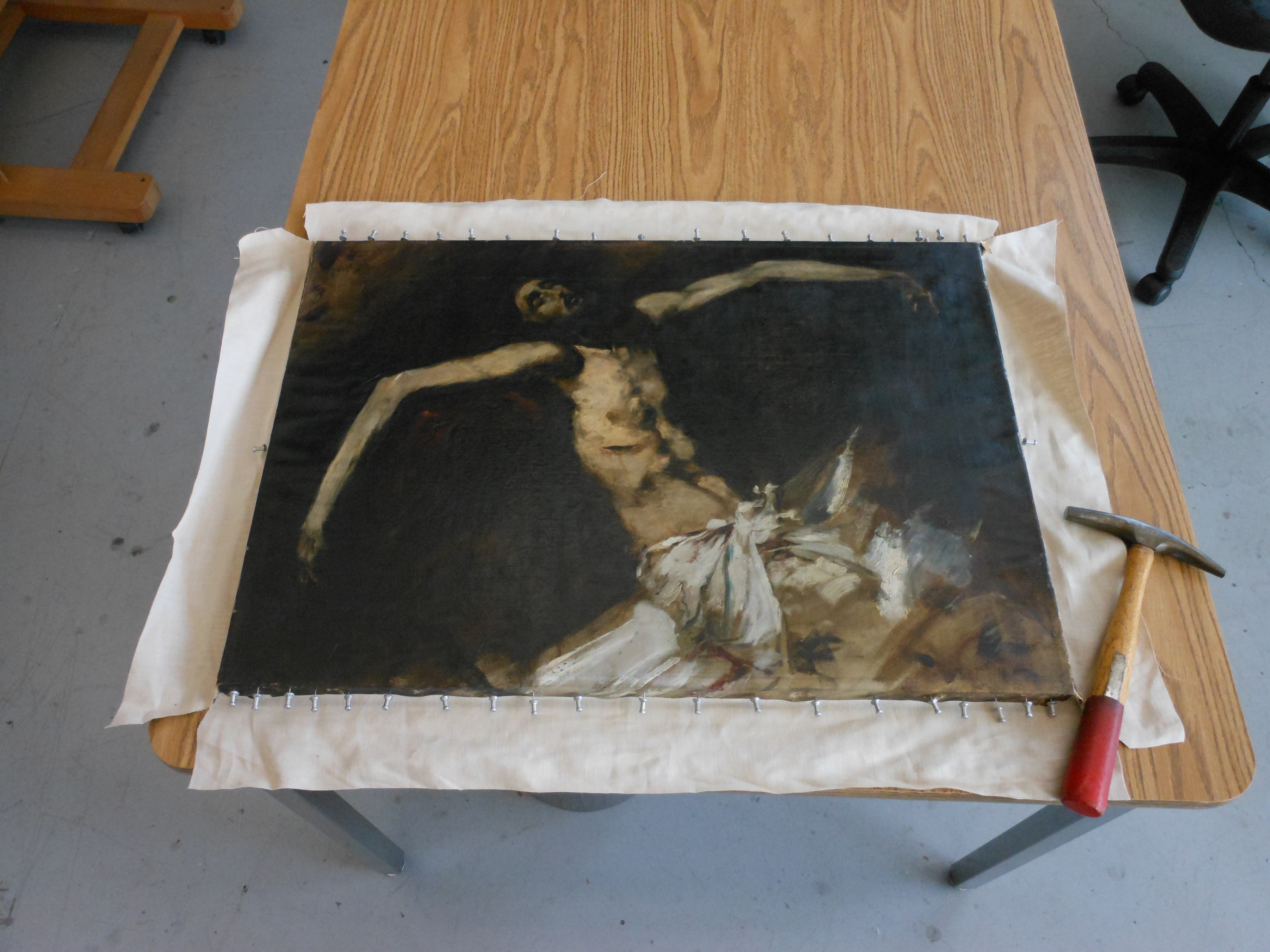 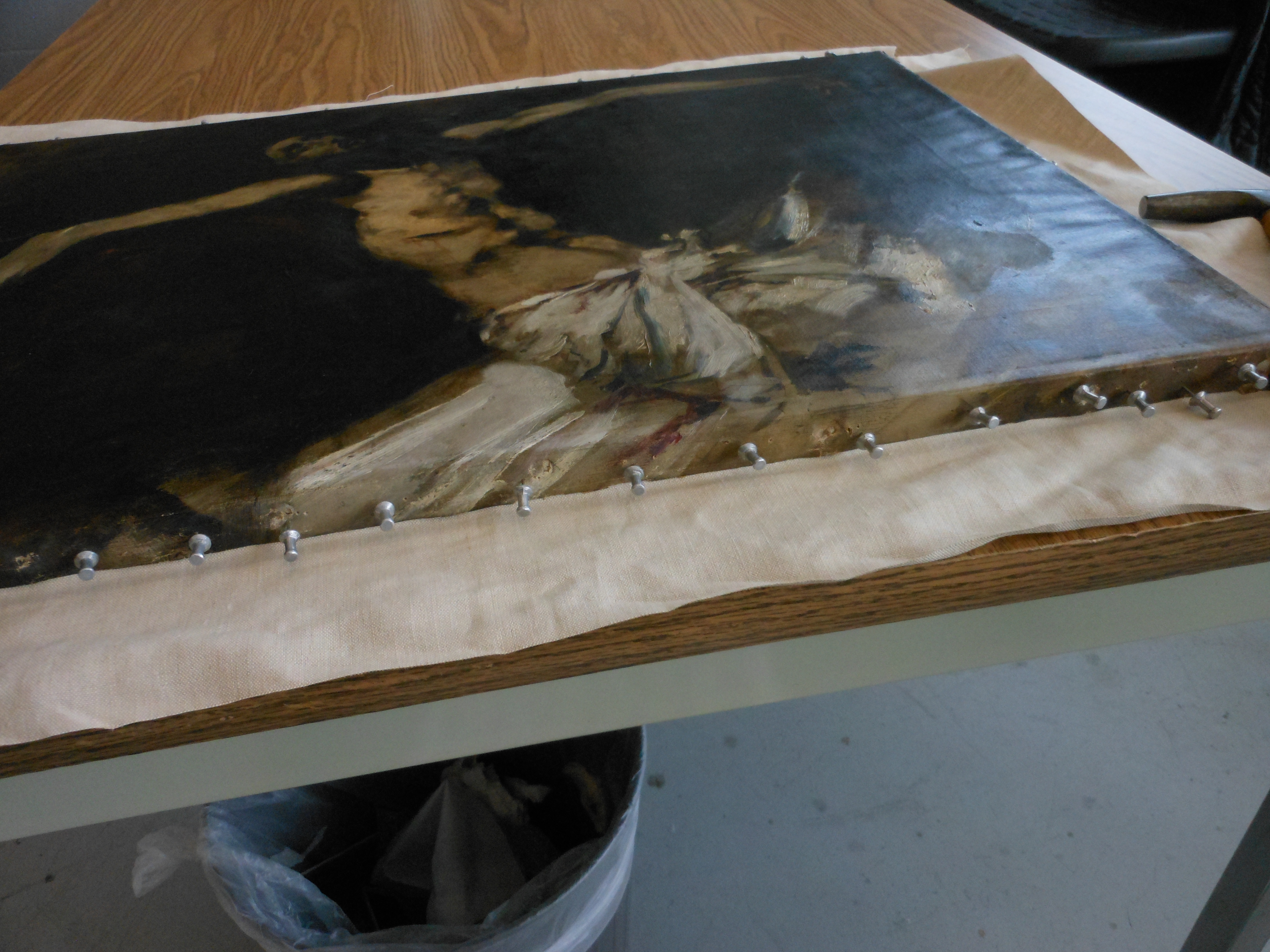 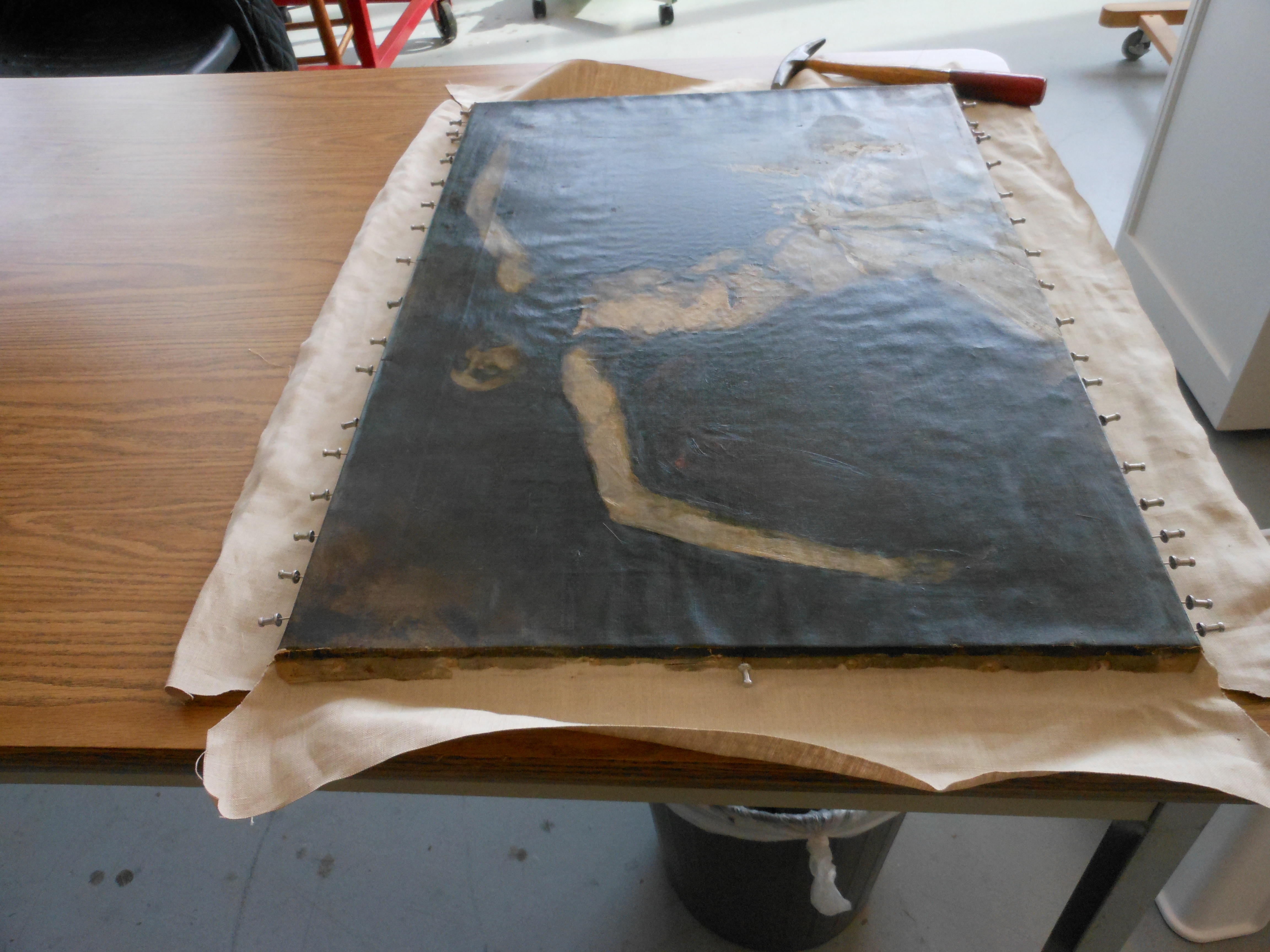 Here’s a conservation treatment that has continued during the stay-at-home period for our paintings conservator.  As you can see in this study by American artist, Frederick Blum (1857-1903), the image continues over the bottom edge.  The artist may have been painting on a scrap of unstretched piece of canvas, which would not be unusual for a study painting.

When we acquired the painting, in 1905, the canvas was attached to a wood strainer that had limited stretching capabilities.  It was probably the first and only stretching for the oil-on-canvas, since there are no holes from any other set of tacks.  Unfortunately for the painting, this stretcher could only be expanded in the horizontal direction, and not in the vertical.

After well more than a hundred years under such uneven tension, the canvas developed ripples along its side edges.  Canvas deformations such as these, that take decades to develop, are the kind of structural distortion that cannot be quickly remedied.  So, Study of Christ after Ribera was placed in traction.

After being cleaned last September, the painting was taken off the old one-way stretcher and strip-lined, (new canvas strips were applied to the edges).  The strip-lined painting was then pinned to a new custom stretcher that is expandable in both directions.  This ‘keyable’ stretcher has thin wood triangles called ‘keys,’ that are slotted into each corner on the reverse.

The temporarily stretched canvas has been resting flat under this sort of traction for the past seven or eight months.   Every month or so, it is ‘keyed out’ by gently tapping the keys that expand the stretcher vertically.  The ripples have slowly reduced, but as you can imagine, after more than a century, they will not be eliminated quickly.

The painting has been requested as a loan to another museum.  So it will eventually need to be stretched under even tension, and attached permanently and uniformly to all four sides of the new stretcher.  But in the meantime it will be kept under traction to reduce the deformations as much as possible.