Commemorating Friendships Through an Autograph Fan

by Adam MacPharlain, Curatorial Assistant of Fashion Arts and Textiles 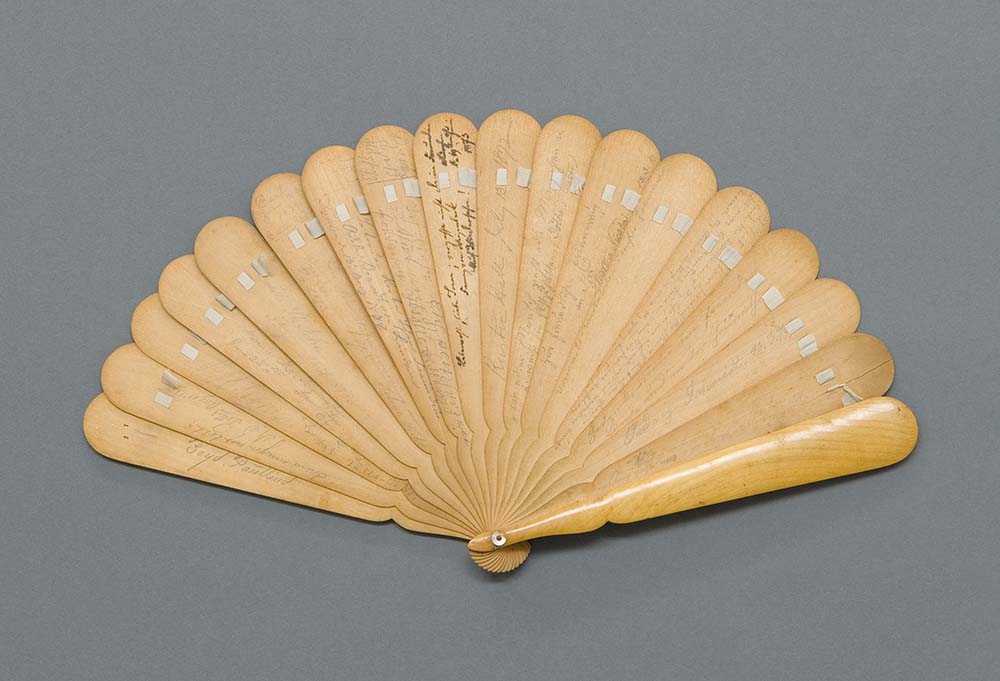 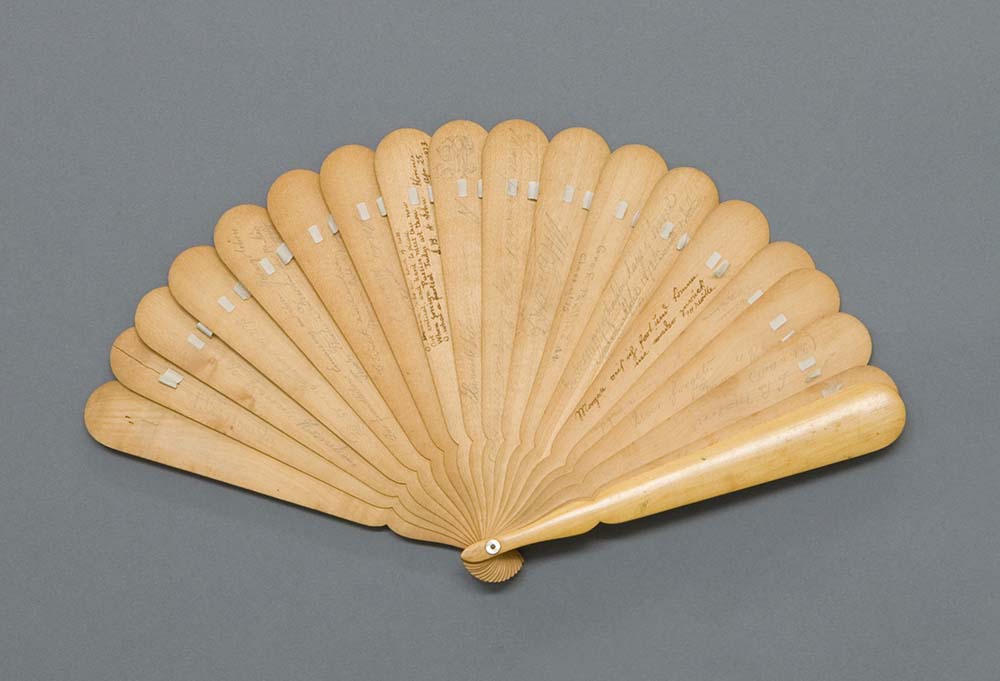 Collecting signatures and written remarks in school yearbooks has been a common practice amongst American students for more than a century. It is a way to remember fellow classmates and shared experiences. In the nineteenth century, a similar trend existed outside of a school setting where friends and family could sign books known as autograph albums. These mementos allowed writers the opportunity to add personal notes and poems meant for the owner, sometimes including a lock of hair or other keepsake. Victorian women were particularly fond of such souvenirs, expanding beyond albums to also collect signatures on quilts and hand fans.

Autograph fans could be of any type in a plain construction that allowed space for inscriptions. Toward the end of the nineteenth century, an ivory or wood brisé fan was the recommended type. Brisé fans were constructed solely of overlapping sticks held in place with ribbon, making them an ideal canvas where each stick could be signed independently. Fans were also a compact way to carry autograph albums to parties and on travels. They could commemorate a special event such as a ball, even allowing single women to keep a record of the potential suitors with whom they interacted that evening. As Mary Caldwell Montgomery wrote in an 1890 article for The Cosmopolitan, “for ‘many a time and oft’ have our belles borne home a list of dancers’ names on such a cotillon trophy.”

The autograph fan seen here was owned by Irene Kennedy Loomis Potter. Irene was born in 1851 in Jackson, Michigan, to Harriet Kennedy and Peter Burr Loomis, a prominent banker and railroad manager. She married Nathan Simpson Potter on November 3, 1875. Signatures on Irene’s fan were collected between 1872 and 1875 and include family such as her father and soon-to-be husband, as well as entries from her travels across Europe. Some of the interesting lines include: