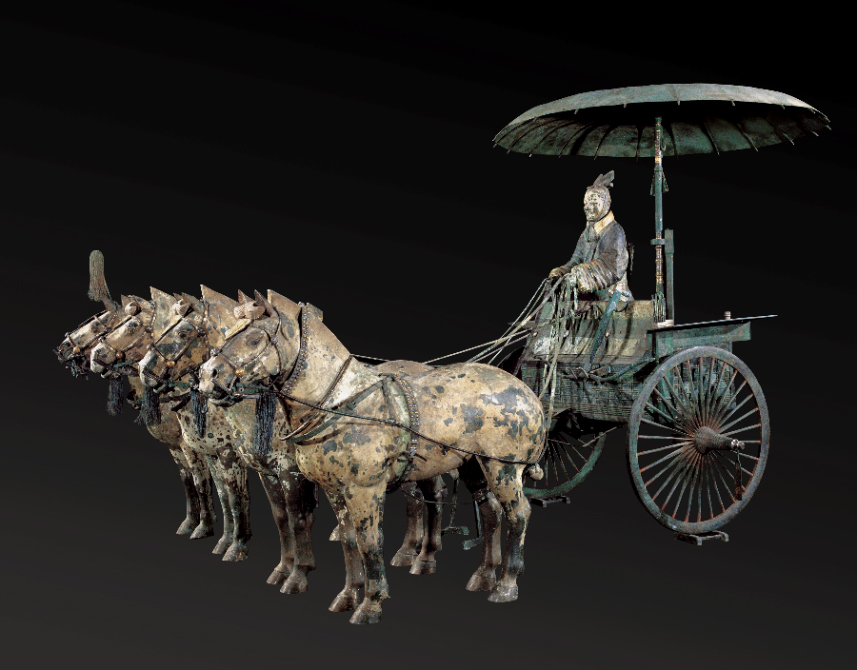 In October 2015, when I first visited Xian and the First Emperor’s mausoleum, the two bronze Chariots and horses were among the objects that fascinated me the most.  Both were made to model the First Emperor’s imperial convoy. The entire group weighs 2,339 pounds and consists of 3,064 components. The horses are adorned with gold, silver, and bronze bridle ornaments that weigh 15 and half pounds.

A courier team of four came from Xian to work with the CAM staff to install this and other objects in the exhibition.  With both teams, including a highly experienced Chinese courier, it took a whole day just to complete the installation of this chariot. 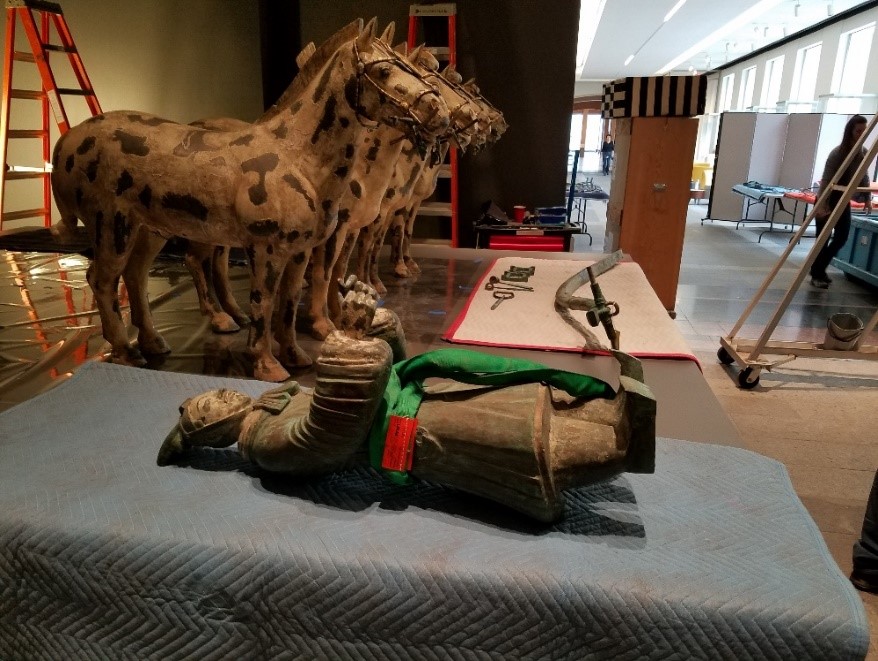 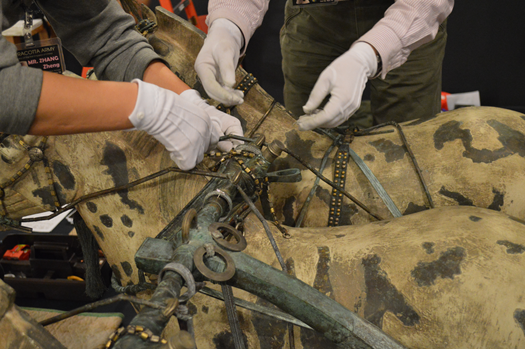 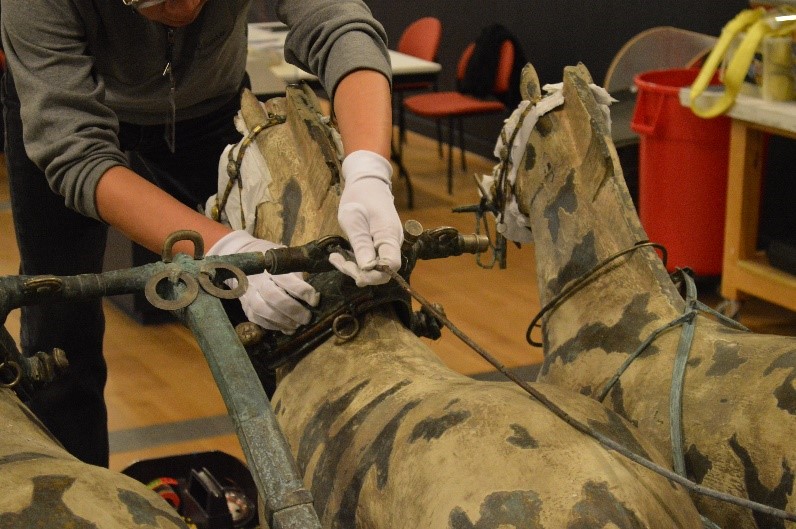