The Voices, Talents and Mission behind Terence Hammonds’ Protest Platters

by Amy Dehan, Curator of Decorative Arts and Design 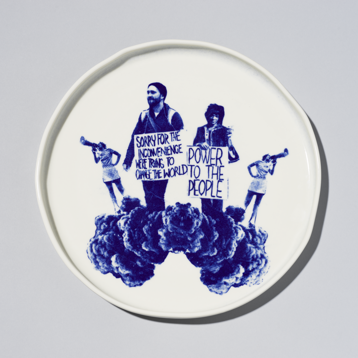 This summer, the Art Museum acquired this Protest Platter designed by local artist Terence Hammonds. Hammonds creates work, often print-based, that provokes dialogue about history, race, activism and change. This platter is part of an editioned set designed by Hammonds and created in collaboration with Breakfront Pottery of Cincinnati and the local refugee and immigrant artists of The Welcome Project of Wave Pool Gallery. It will be on view in the museum’s galleries this fall. 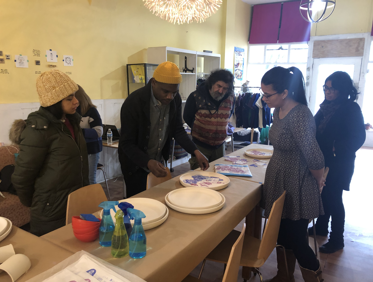 Wave Pool’s Executive Director Cal Cullen and Hammonds agreed that a serving dish, or platter, was the most appropriate form, metaphorically (representing the act of service) and practically, for the project. Although Hammonds is familiar with ceramics and created his own process of printing on clay, he called upon his friends Lauren Yasmine Thomeczek and James Eugene Manning who work collaboratively as Breakfront Pottery to assist in designing the shape of the platters and in forming, glazing and firing them. Hammonds, Thomeczek and Manning met years ago when they worked at The Rookwood Pottery and have collaborated off and on over the years. 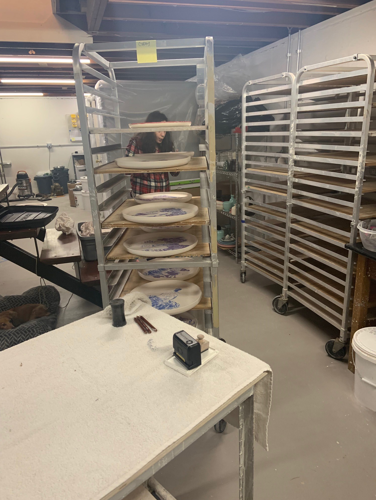 Platters to be fired at Breakfront Pottery

In designing his series of Protest Platters, Hammonds collected and drew upon approximately 60 images of protest throughout history to create the printed transfers. “I wanted to grab things from various movements, from environmental, civil rights, immigrant rights, women’s rights and gay liberation movements,” he explained. “I chose images of people that were holding signs that were in first person and had the appearance of coming from a deeply personal space.” The museum’s Protest Platter depicts four protestors standing on dark clouds. At center left, a man wears a sign that reads "Sorry for the inconvenience we’re trying to change the world". At center right, Marsha P. Johnson holds a sign that reads "Power to the People.” They are framed by two women projecting their voices through megaphones. 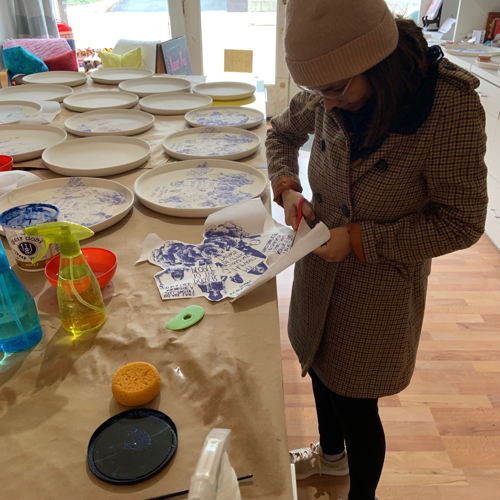 The artists from The Welcome Project who participated in screen printing and applying the transfers to the greenware (unfired) platters were Erika Nj Allen (b. Guatamala), Monica Andino (b. Honduras), Pedro Moreno (b. Bolivia) and Adriana Prieto Quintero (b. Venezuela). Once the transfers were applied, the platters were bisque fired. Then, they received a final coat of glaze and were fired a final time. 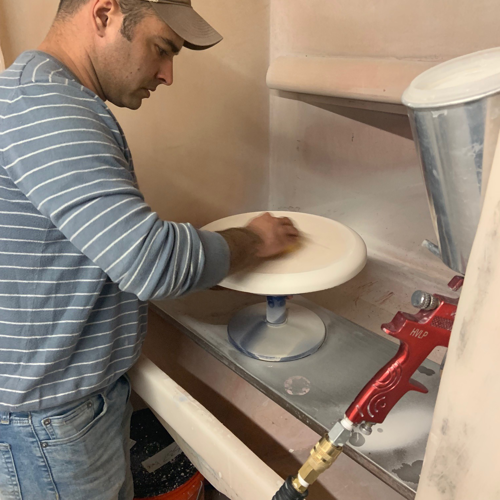 When asked about the project, Hammonds said, “I wanted the platters to remind us of the social struggles and the people who fought for change, and [who] empower us to keep up that fight in our daily lives.” From conception to completion, this work embodies Hammonds’ intention. As the world continues to witness protests and calls for change on various fronts, the Art Museum strives to serve as a place for listening, learning and discourse that will lead us all towards positive change.