As a summer intern, I’ve had the pleasure of researching, cataloguing, and making storage boxes for some newly acquired photographic portraits from Japan. These aren’t any ordinary photographs though; they’re ambrotypes. I had to look it up too, so to save a trip to the dictionary: ambrotypes are photographs created on small sheets of glass instead of paper. Unlike most photographs, they don’t have a negative. Each ambrotype is a unique object that can’t be printed again. In the 1800s ambrotypes were quick, affordable, and popular—especially for making portraits. Most sources say the ambrotype declined in the 1870s, and that is true—for the United States and Europe. In Japan however, ambrotypes remained a popular form of portrait photography through the late 19th and early 20th century. 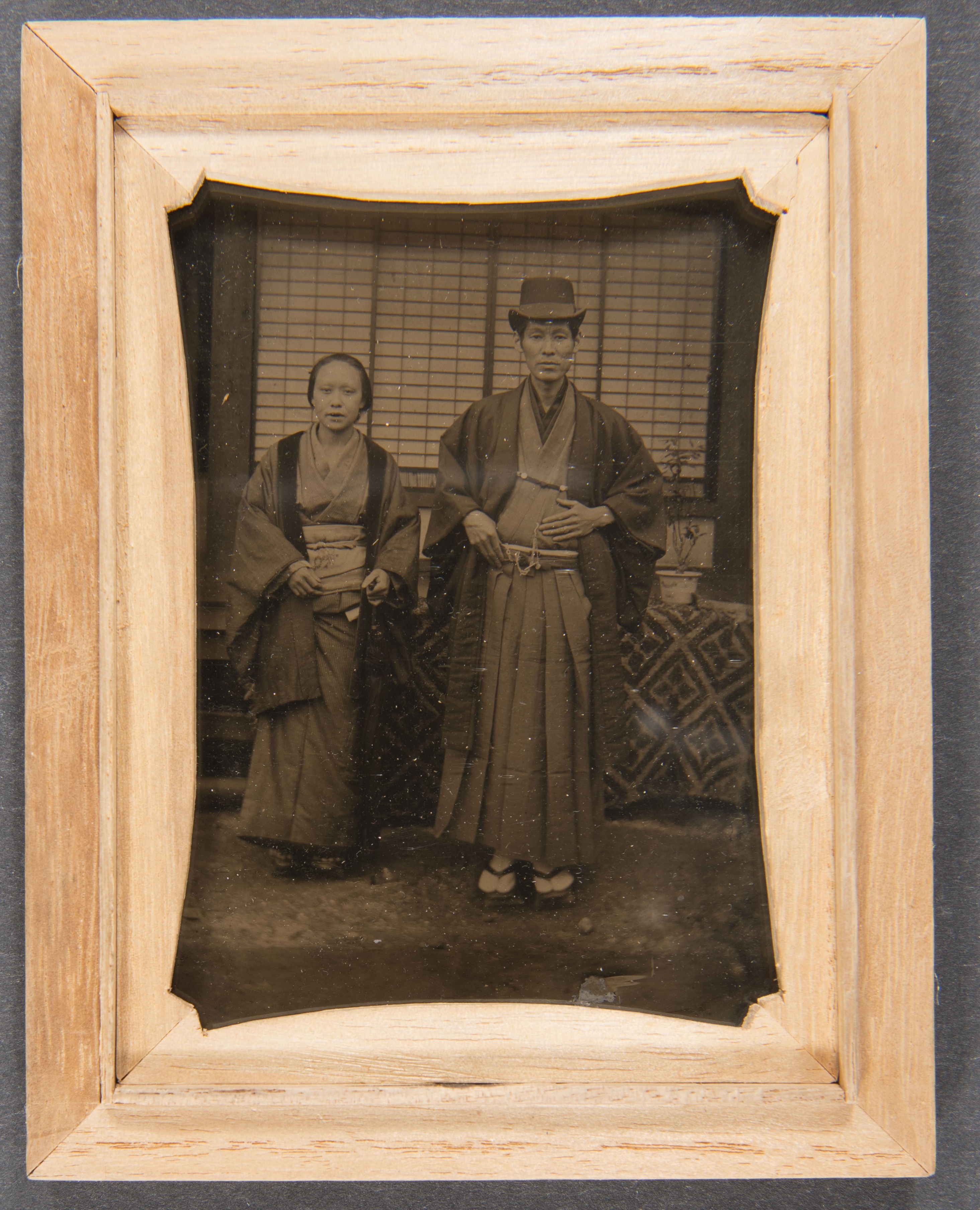 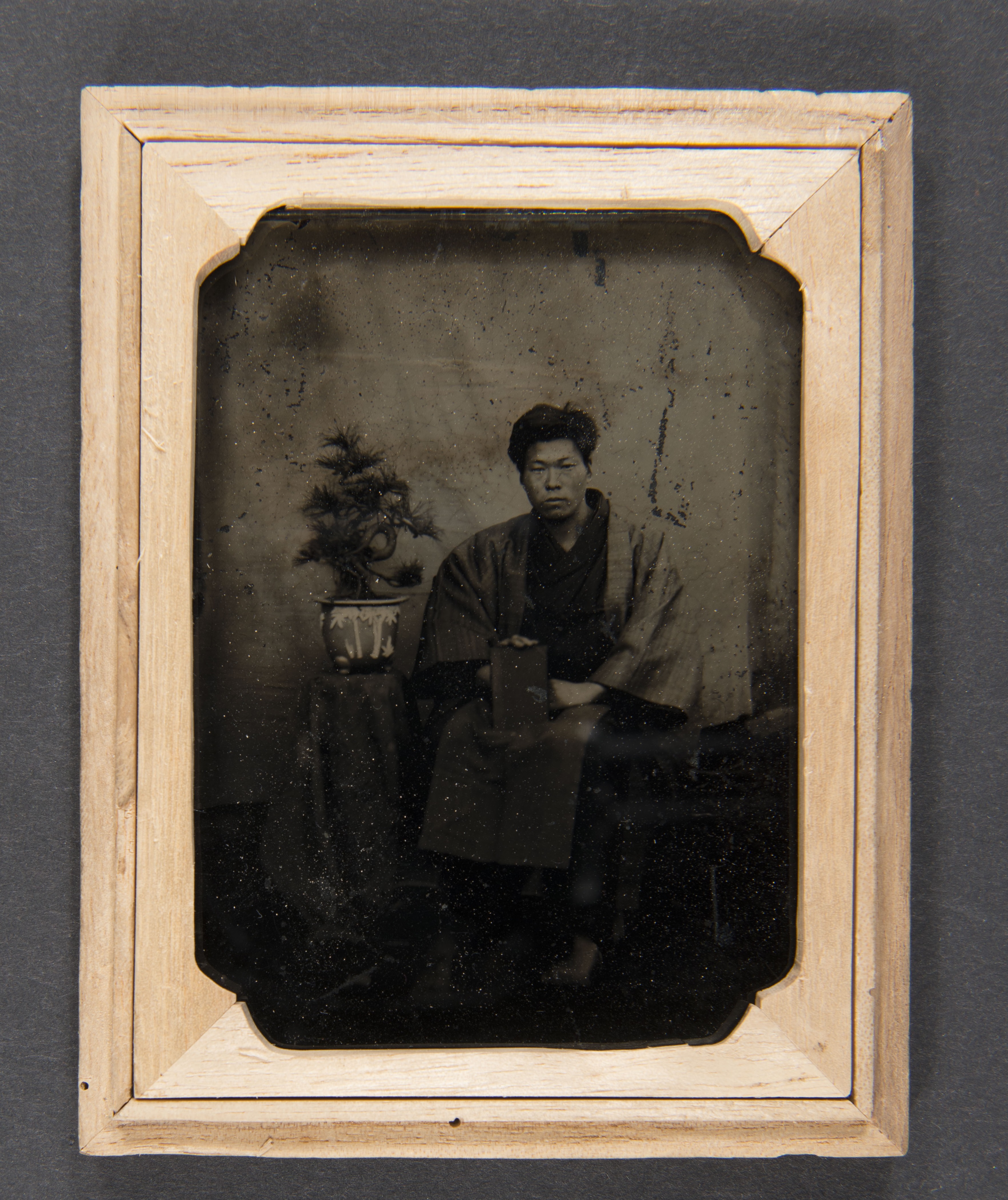 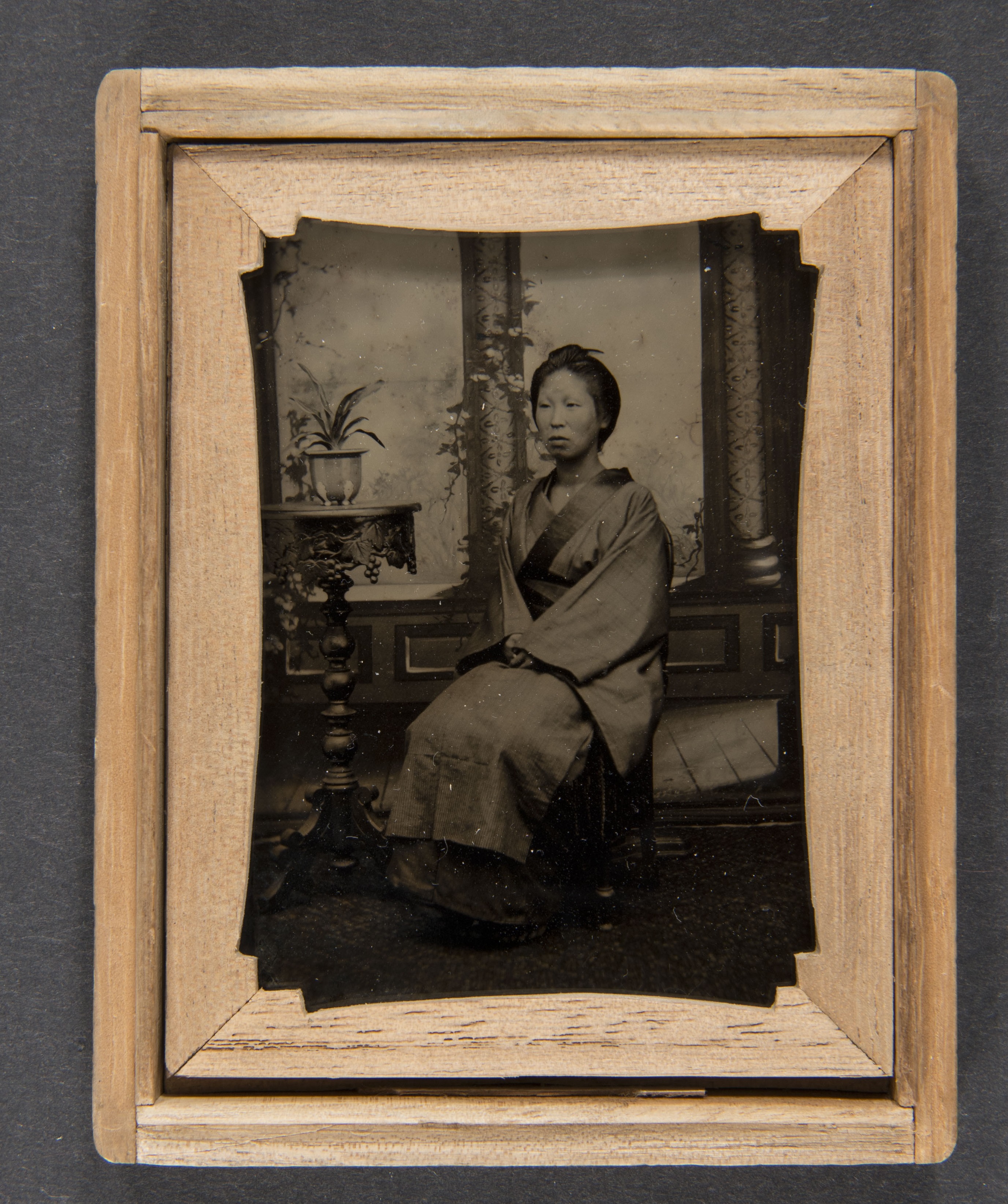 Photography was first introduced to Japan in the 1840s, via the sole government-approved trading port in Nagasaki. The period our ambrotypes come from, the Meiji Restoration (1868-1912), was a time of rapid industrialization and technological advancement. Despite this, Western audiences were hungry for images of what they perceived to be quintessentially Japanese. Many Japanese photographs from this period were specifically created for sale to foreign tourists, using actors to depict geisha and samurai when in fact, by the Meiji period, samurai had been outlawed and geisha were not as common or numerous as these widely-distributed images might suggest.

One of the things that make our ambrotypes so special is that they aren’t pictures made for Westerners. Rather, they are portraits made by Japanese photographers for Japanese clients. The cost of ambrotype production had decreased significantly by the 1880s, making it a widely accessible form of self-representation. Studios specializing in this kind of photography were flourishing throughout Japan. One key way to identify these images as personal mementos (versus pictures made for international sale) is the clothing of the sitters. For example: in the image of the couple, the man is wearing a bowler hat, a sign of the western influence on fashion in Meiji Japan. Western clothing was expensive, so hats, scarves, gloves, and other accessories were the most affordable way to emulate western fashion for ordinary people.

While our ambrotypes don’t necessarily adhere to the image that comes to one’s mind when hearing “Japan,” they serve to illustrate a country in transition during one of the most transformative periods in history. We get an idea of the Japan that Japanese people would have experienced, we see some of the ways supposedly insular Japan was connected to the rest of the world, and perhaps most amazingly, we witness ordinary people from over a hundred years ago fashioning the version of themselves they want to leave the future.