Though each piece offers its own unique beauty and style, the five examples below have grown to become favorites at the Cincinnati Art Museum. 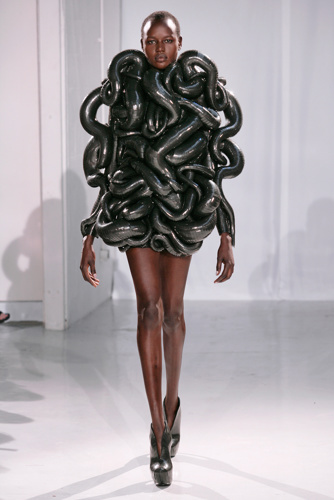 Van Herpen made her debut in Paris as a guest member of the Chambre Syndicale de la Haute Couture with this collection. A compilation of highlights from previous collections, Capriole also presented five strikingly new designs that evoke the feeling just before and during a free-fall parachute jump. Capriole is a French word meaning “leap in the air.” Van Herpen explains, “Just before I jump out of the plane, all my energy is in my head, and I feel as though my mind is snaking through thousands of bends. The moment of free fall is the complete opposite: all the energy is concentrated in my body; I can feel every fiber, and my mind is not working anymore. Once I’m safely on the ground, I feel born again.” 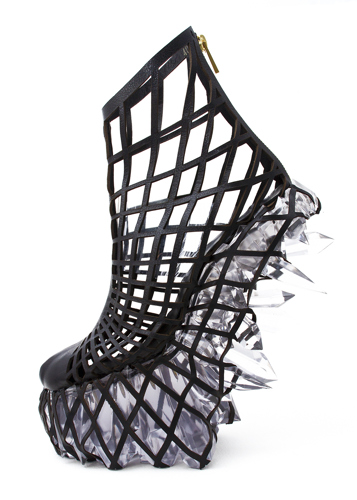 Iris van Herpen is fascinated by the architecture of shoes. They extend her creative vision around each collection, offering distilled versions of larger ideas. As an additional sculptural element, the shoes increase a garment’s visual impact during its introduction on the Paris runway. 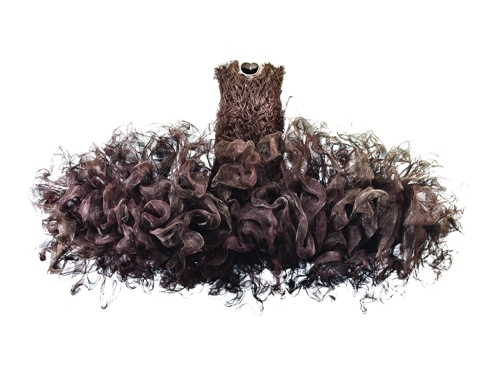 Refinery Smoke was based on the astonishing beauty, the ambiguity and the elusiveness of industrial smoke. Seen from a distance, smoke provides a fascinating and dynamic spectacle. At times it seems to be alive, but it also harbors something sinister and can even be toxic. These properties, along with its soft, flowing texture, made van Herpen wonder whether it might be possible to gain control of smoke to such an extent that it could be worn around the body. 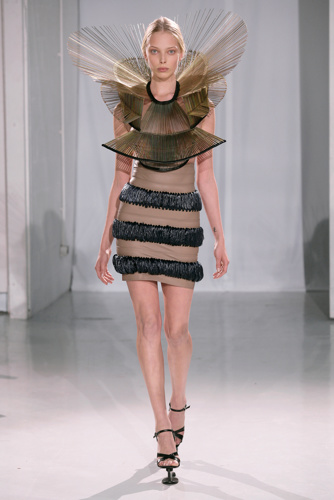 Chemical Crows was inspired primarily by Iris van Herpen’s observations of a group of crows living around her studio. Her fascination with birds began at an early age, when she kept young jackdaws. Crows are known for their intelligence and predilection for glittering objects and are traditionally associated with secrecy and symbolism. 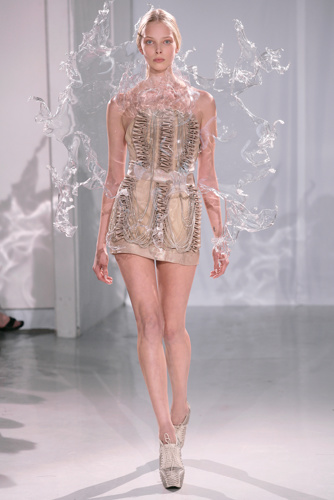 The design for the new extension to Amsterdam’s Stedelijik Museum, which earned the nickname ‘the bathtub’, inspired the Crystallization collection. Van Herpen sought to design a dress that would cascade around the wearer like a splash of water. The properties of water in its various states—such as its potential for chaos and unbounded nature when in liquid form and the mathematical beauty of the hard crystalline structures that appear when water freezes—are clearly recognizable in this collection