Herald in the New Year

The art of heraldry encompasses the design, display and study of armorial bearings (known as armory).  Armory is the most familiar branch of heraldry, and includes designs commonly known as the coat of arms. This design usually includes a shield, helmet, and crest. Additionally, they might be accompanied by heraldic banners, mottoes, and badges.  These in turn rely on an intricate system of design elements, each of which has their own set of rules and meanings. These elements can include color, shape, images of animals, figures, structures, and weapons that in some way describe and identify. These designs were once used to announce the identity of messengers bearing news from the lord of their household, this duty extended into announcing contenders in various tournaments. In time these symbols came to function as ways of denoting ones genealogy, family history, and even one’s relationship within their family (firstborn etc.).

Today heraldry is still used by individuals, public and private organizations, corporations, cities, towns, schools, and regions to symbolize their heritage, achievements, and what is important to them. 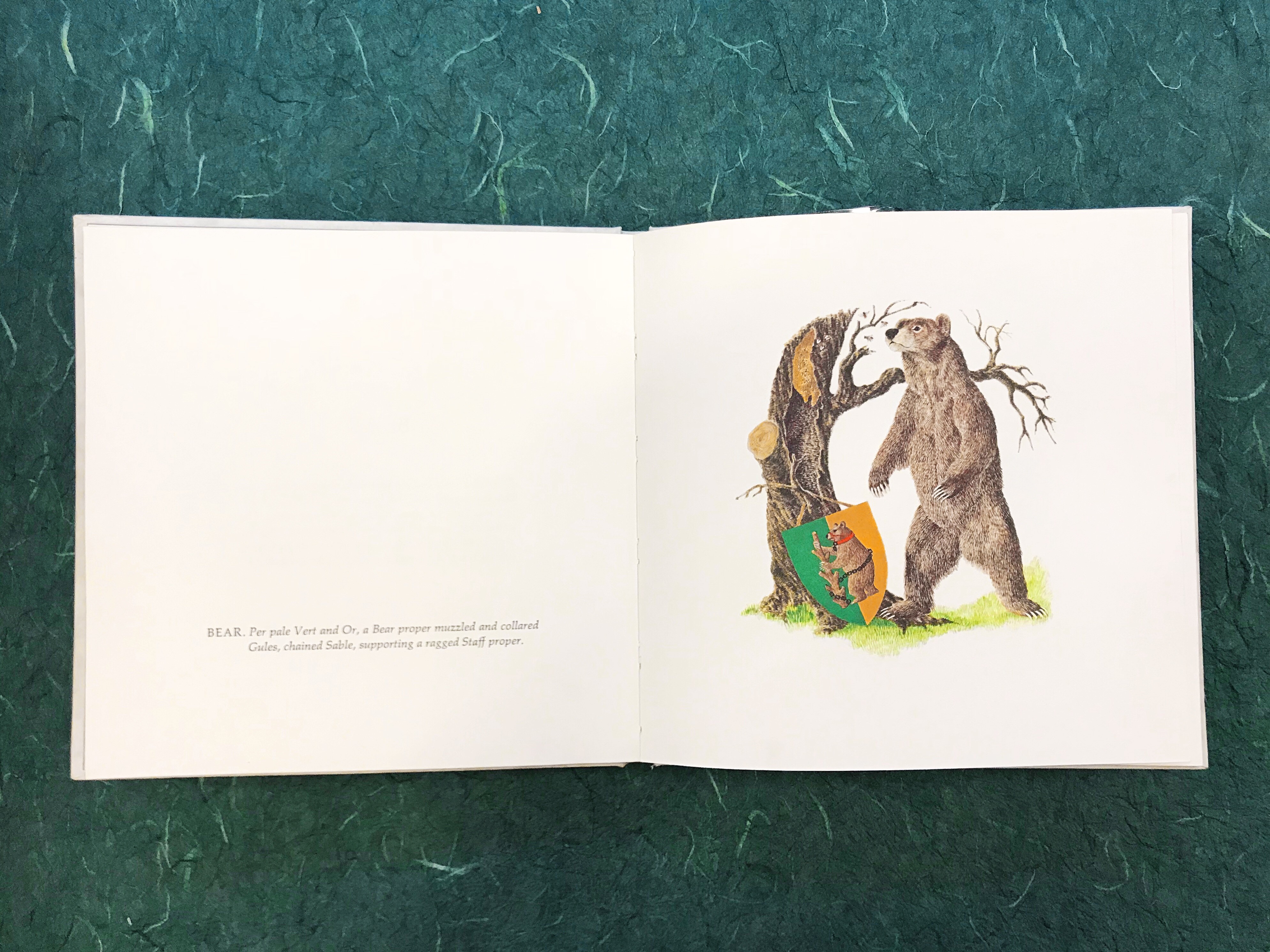 The books on display in January are The Art of Heraldry: an Encyclopedia of Armory by Arthur Charles Fox-Davies, published by Brentano’s in 1904. This book includes multiple intricate illustrations of crests, coat of arms, crowns, and other symbols of heraldry depicted in vivid colors, with metallic accents. The second book included in the case is Beasts in Heraldry by Marie Angel, published by The Stephen Greene Press in 1974. Marie Angel, known for her calligraphy and illustrations, wrote and illustrated this book which depicts many of the most popular animals used in heraldry, and the meaning behind their symbolism. Her delicate images include depictions of swans, squirrels, boar, dolphins, and even the humble bumble bee.