This year marks the 200th anniversary of when Mary Shelley’s masterpiece, Frankenstein, was first published. In order to celebrate the Mary R. Schiff Library and Archives will be featuring a selection of books, including a copy of Frankenstein: or the Modern Prometheus by Mary Wollstonecraft Shelley that was published with illustrations by Everett Henry in 1934.

It is said that the idea for Shelley’s tale was born during a stormy evening in Switzerland. Mary Shelley (Mary Wollstonecraft Godwin at the time), along with Percy Bysshe Shelley, and her sister were visiting Lord Byron at the Villa Diodati near Lake Geneva. During the course of the night the group passed their time stuck indoors telling ghost stories, when it was decided that they should create their own. A copy of Baedeker’s Riviera and South-Eastern France published in 1931 is included so as to illustrate the setting that gave rise to Mary Shelley’s dark and imaginative story.

Coincidentally, 1931 is also the year that Frankenstein the film starring Boris Karloff was released by Universal Pictures. This adaptation differs quite a bit from Shelley’s original work, however this film has become so ingrained in our collective imaginations that it is what most of us think of when we hear the name Frankenstein mentioned. At the end of the film, Boris Karloff, as the monster has kidnapped his creator, Henry Frankenstein. The creature is being pursued by a mob of the townspeople, and attempts to escape by climbing to the top of the old mill. The monster throws Dr. Frankenstein to the ground as the windmill is set ablaze by the angry, pitchfork-wielding crowd. This scene, with its evocative and violent lighting and the movement of the burning windmill set against the darkened sky created a classic horror film setting that has remained so for a reason. The illustrated book Windmills by Frank Brangwyn and Hayter Preston, contains decidedly less ominous images, but the subject matter recalls the darker version just enough. 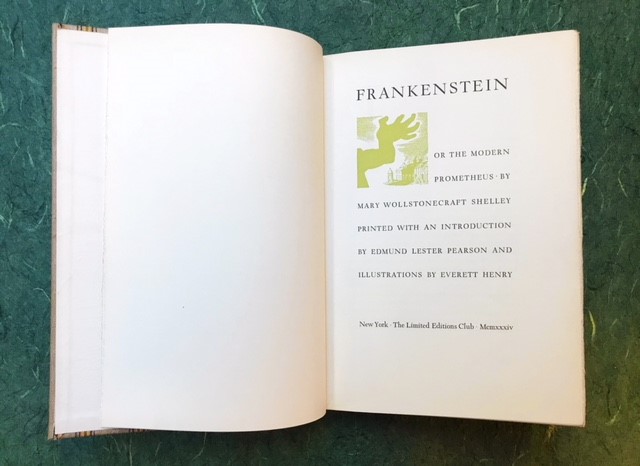 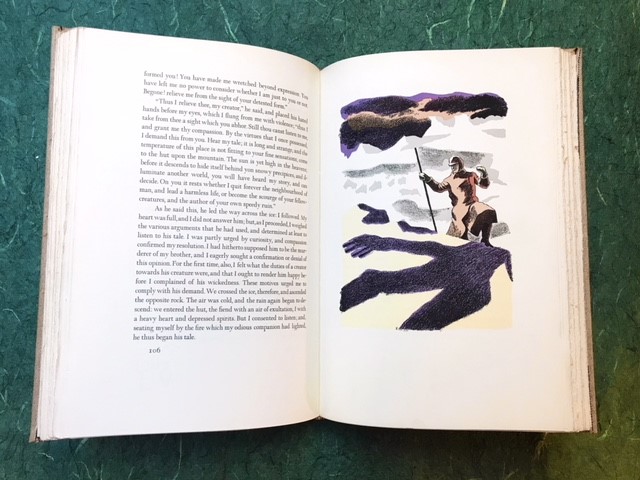 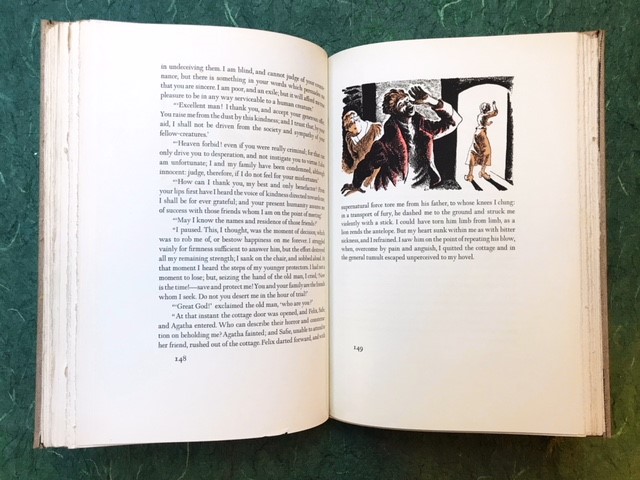 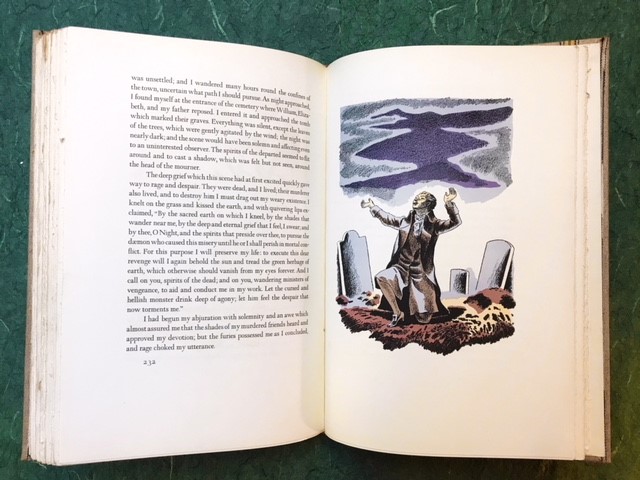 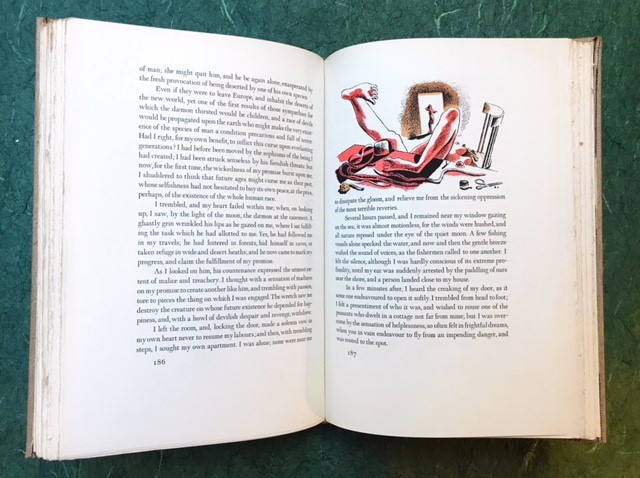 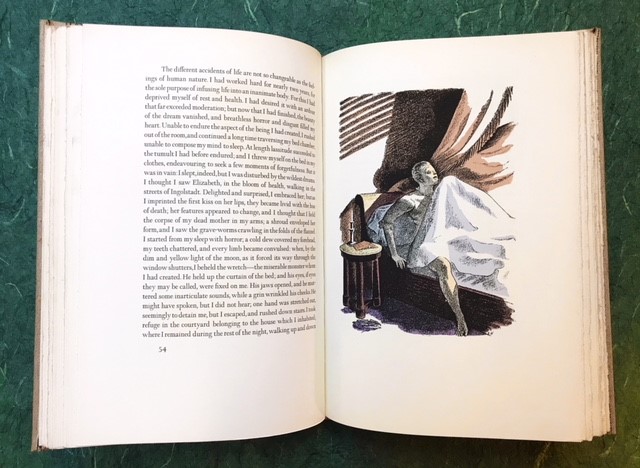 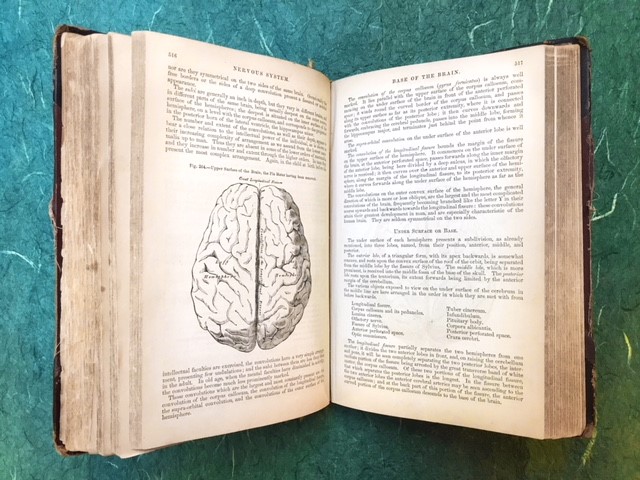 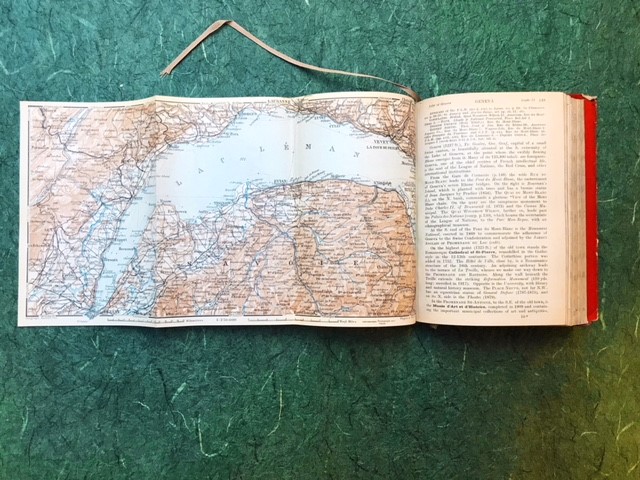 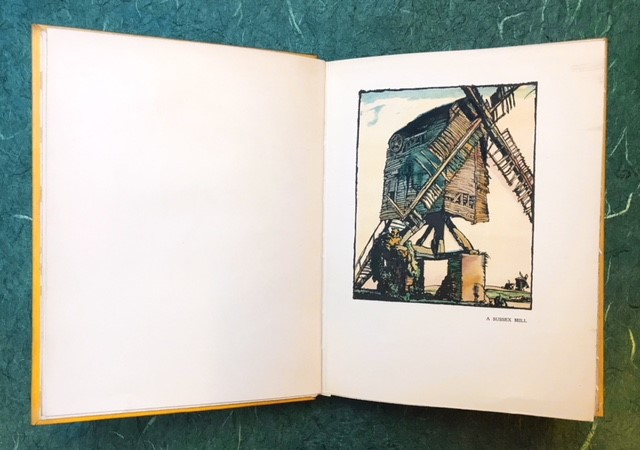 The last book included in our October display is a copy of Gray’s Anatomy published in 1862, under the full title, Anatomy, Descriptive and Surgical with drawings and dissections by both Henry Gray F.R.S. and H.V. Carter M.D. The books is open to pages depicting an image of the upper surface of the brain. Another point on which the 1931 film and Mary Shelley’s book differ is over the cause of the creature’s behavior. In the original, it is suggested that the reason for the monster’s actions is due to his being abandoned and neglected by his maker/father. In Universal’s version the monster’s nature is the result of the Dr. unknowingly using the brain of a criminal. The textbook shown here was published many years after Shelley’s work, but one can imagine Dr. Frankenstein poring over the meticulous drawings and accompanying text in preparation for the creation of his monster.

For an entertaining and illuminating take on Frankenstein, check out the CAM’s Art Palace Podcast episode 52: Dissecting “Frankenstein” featuring our own Russell Ihrig and Kristopher Holland, professor at University of Cincinnati. The two discuss the philosophical differences between Frankenstein, and its 1931 film adaptation. The episode was recorded live on September 6, 2018 at the museums monthly film program, Moving Images.

Visit the Mary R. Schiff Library and Archives today to view these examples from the rare book collection. These works will be on view through the month of October.