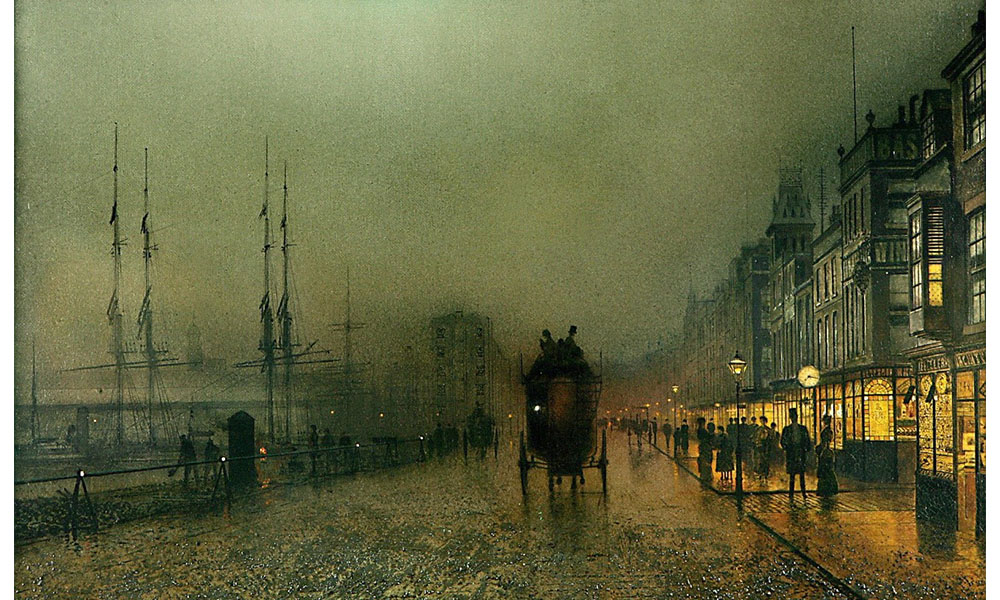 To escape the drudgery of an overwhelmingly rational world, many Victorians—from all echelons of society—sought refuge in the unknown, the macabre, and the fantastic. Penny dreadfuls featured sensationalist, bloodthirsty characters such as Varney the Vampire, Sweeney Todd, the Demon Barber of Fleet Street, and Spring-Heeled Jack; seances, spirit photography, and crystal-gazing became popular pastimes of the wealthy (even Queen Victoria held seances to communicate with her late husband, Prince Albert); and children delighted in playing with the fairies, gnomes, and elves that (supposedly) lived in their gardens. 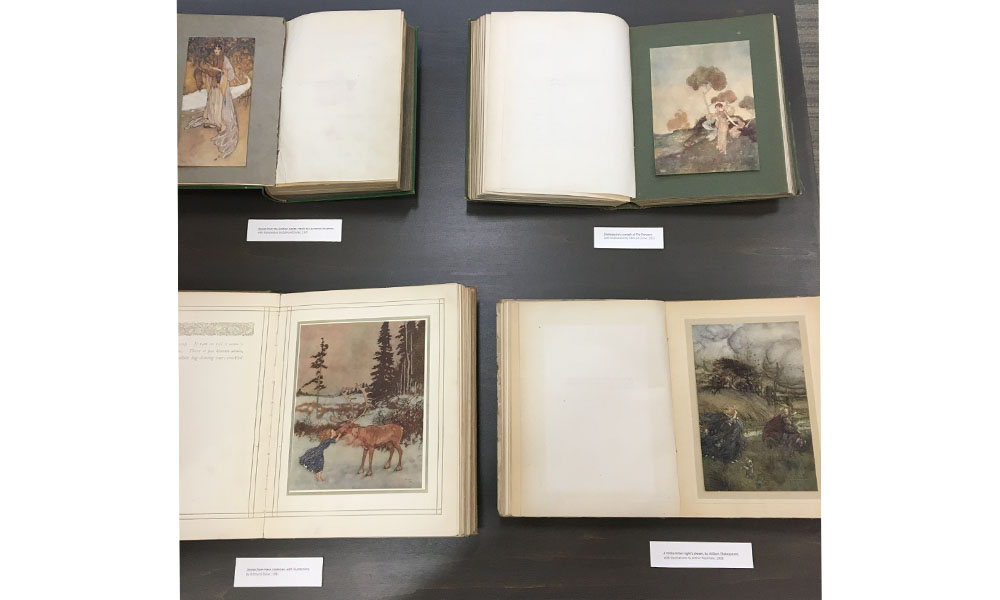 Both artists preferred three-color, or trichromatic, printing—a letterpress technique which photographed an original artwork through separate primary color filters (red, yellow, and blue), allowing the engraver to enhance minute details on each block, adjusting tone and saturation to accurately reproduce the colors of the original work. 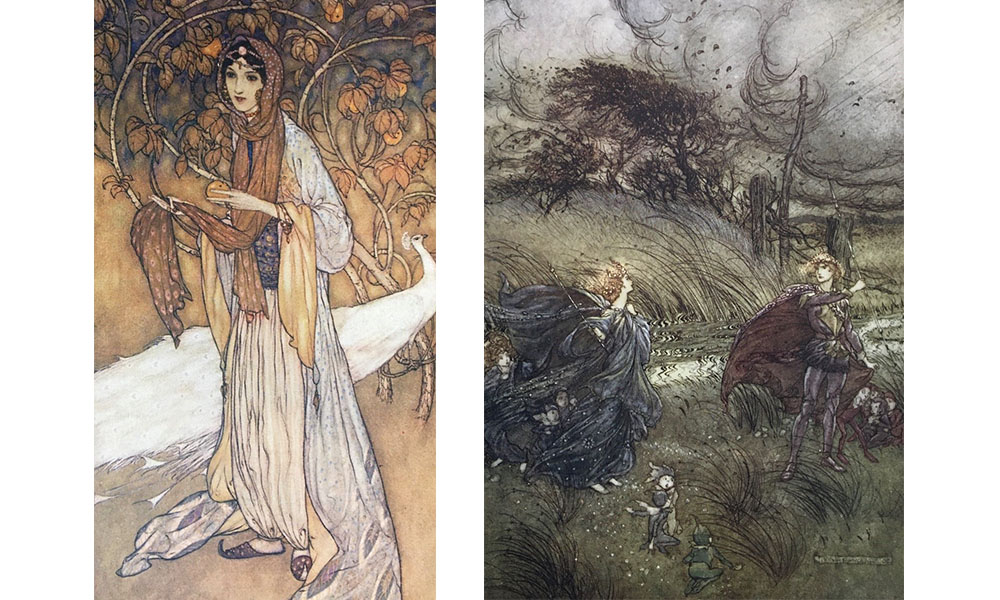 (Left) Scheherazade, from Stories from the Arabian Nights, 1907

(Right) Titania and Oberon, from A Midsummer Night’s Dream, 1911

Visit the Mary R. Schiff Library & Archives to view these beautifully detailed examples of traditional Victorian illustration. Books will be on display through the month of November.