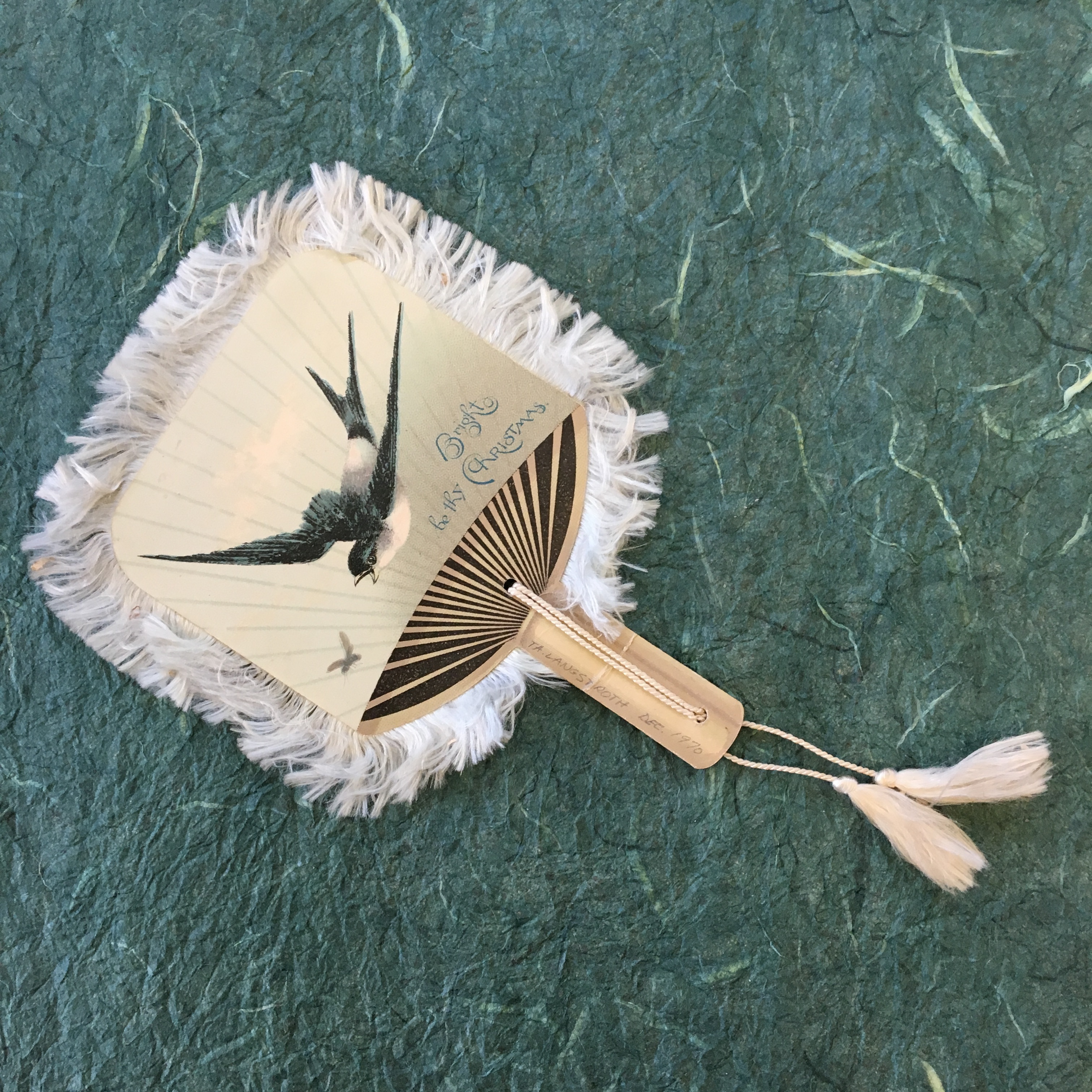 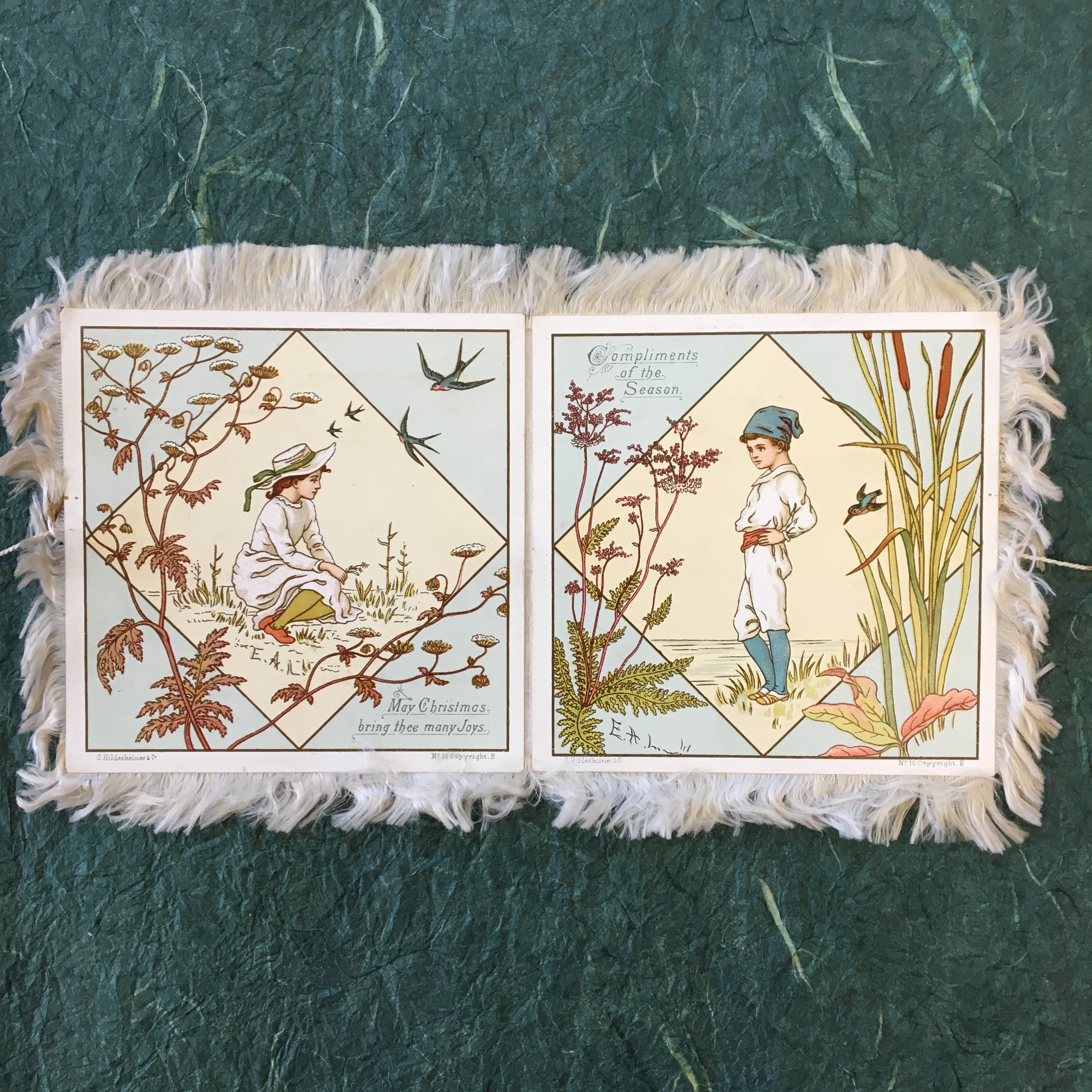 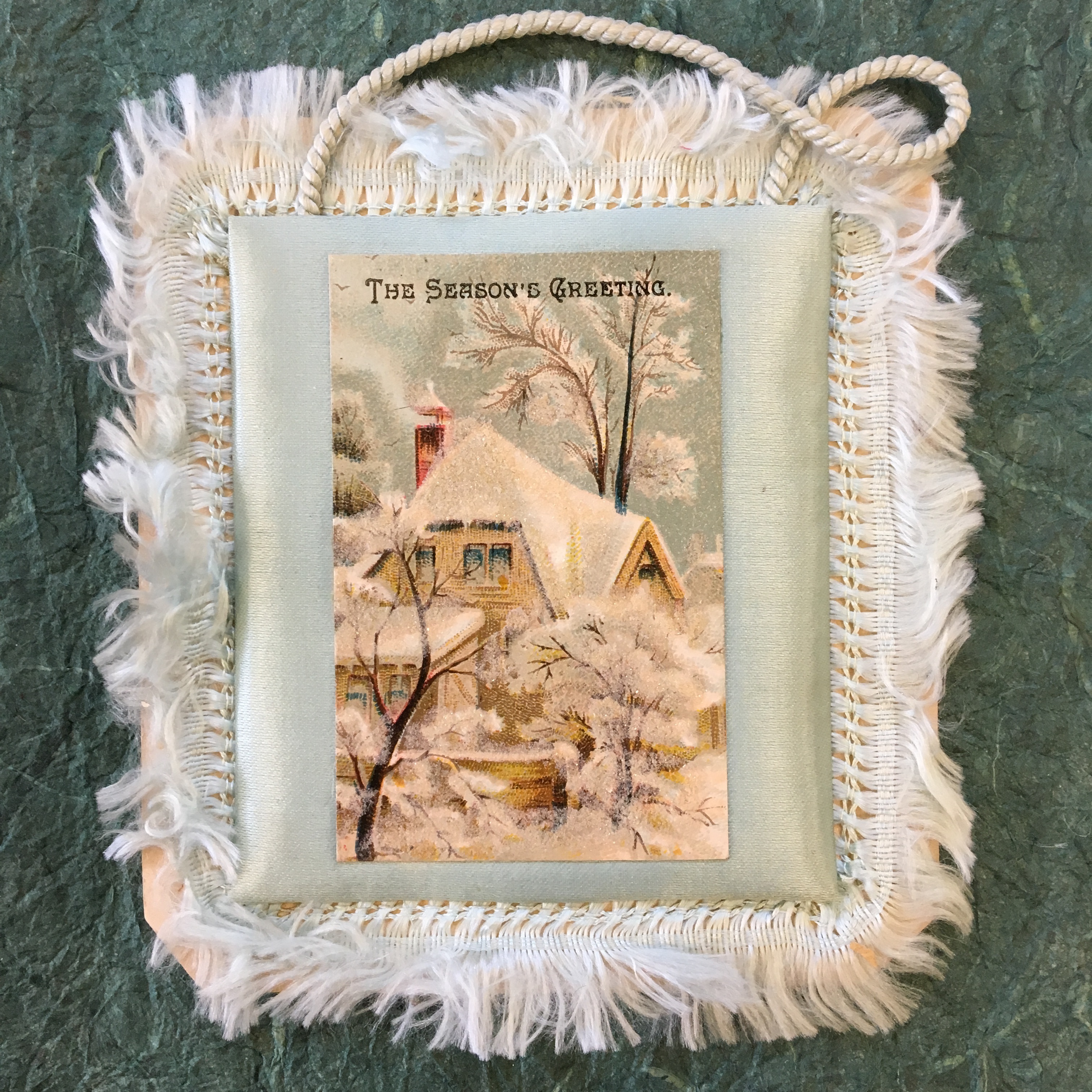 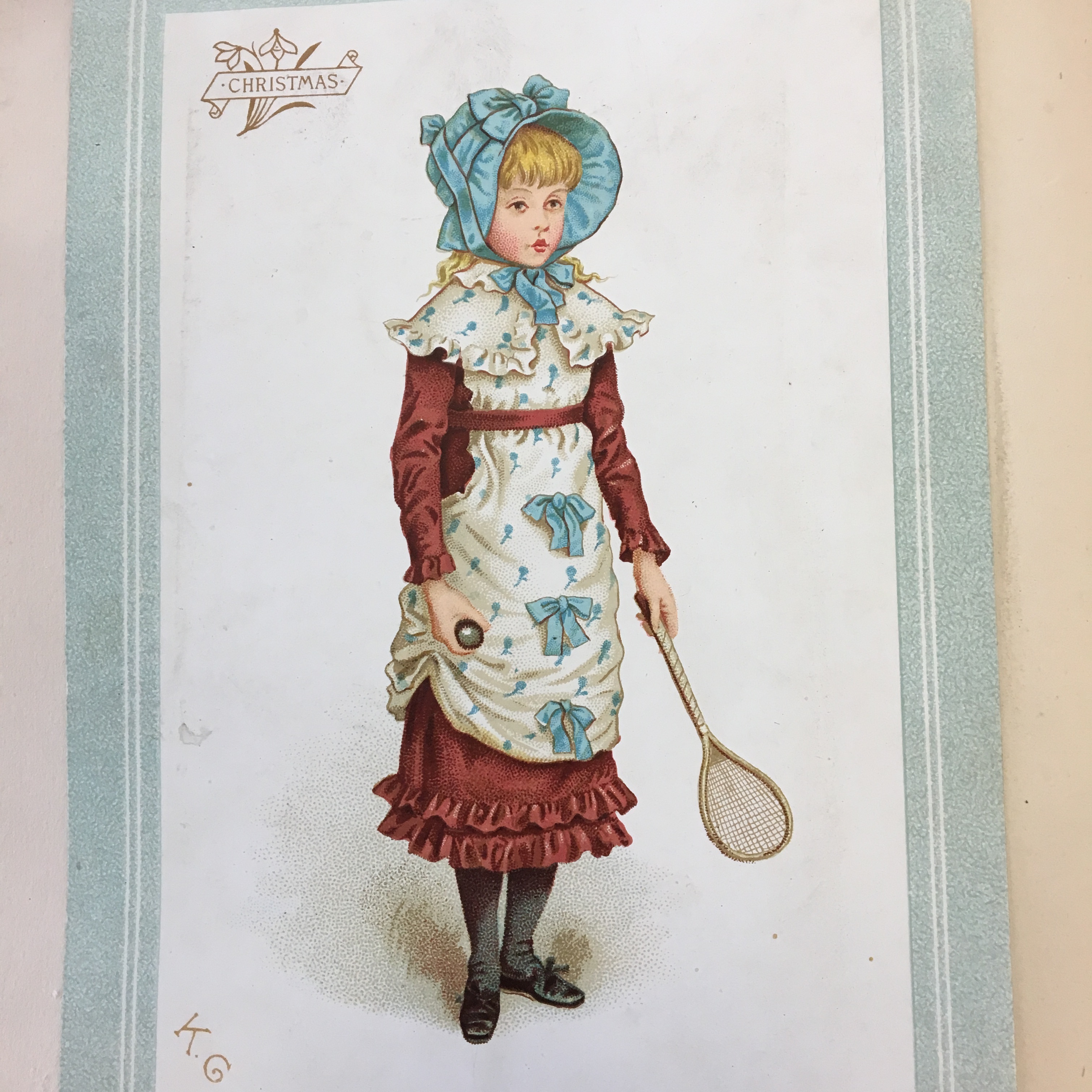 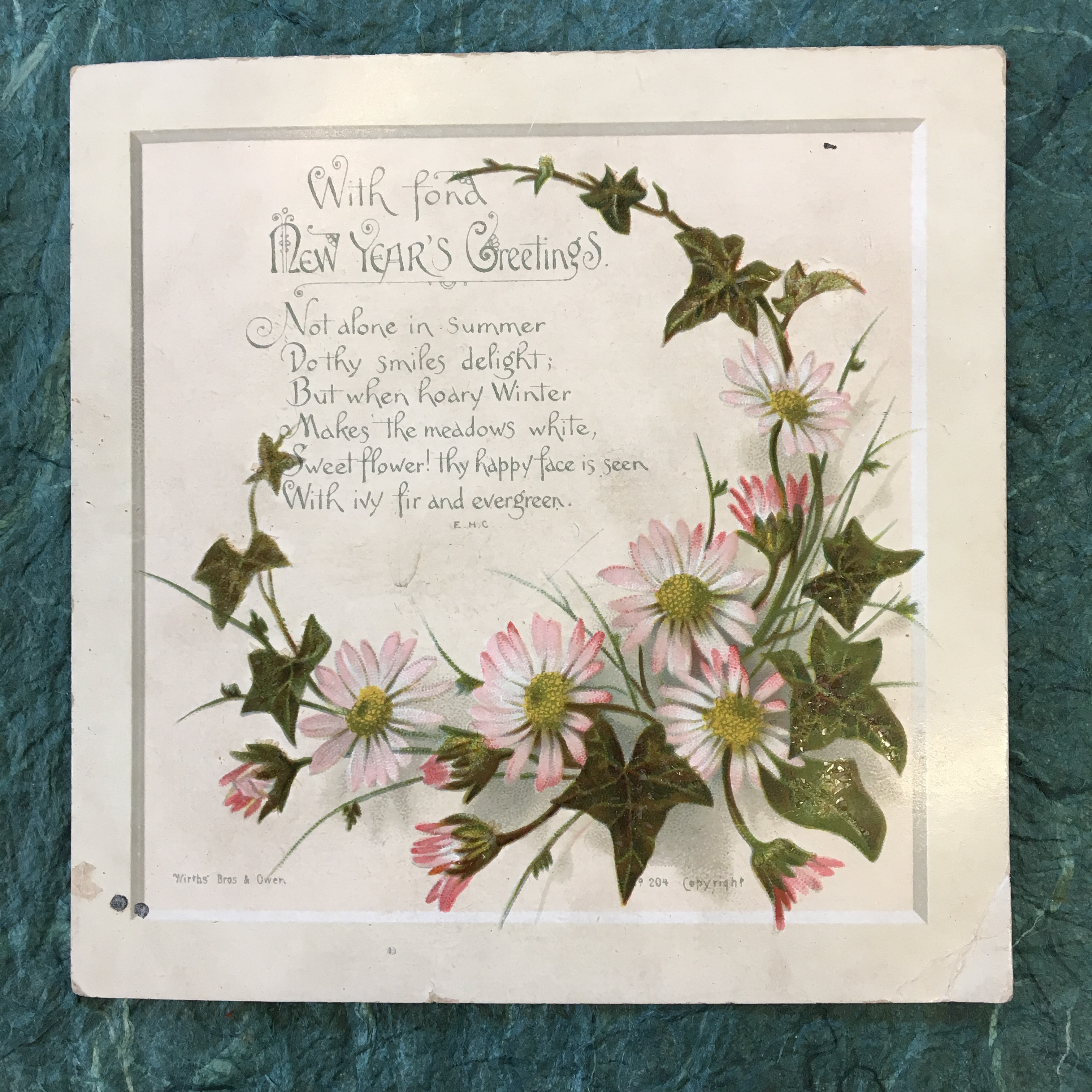 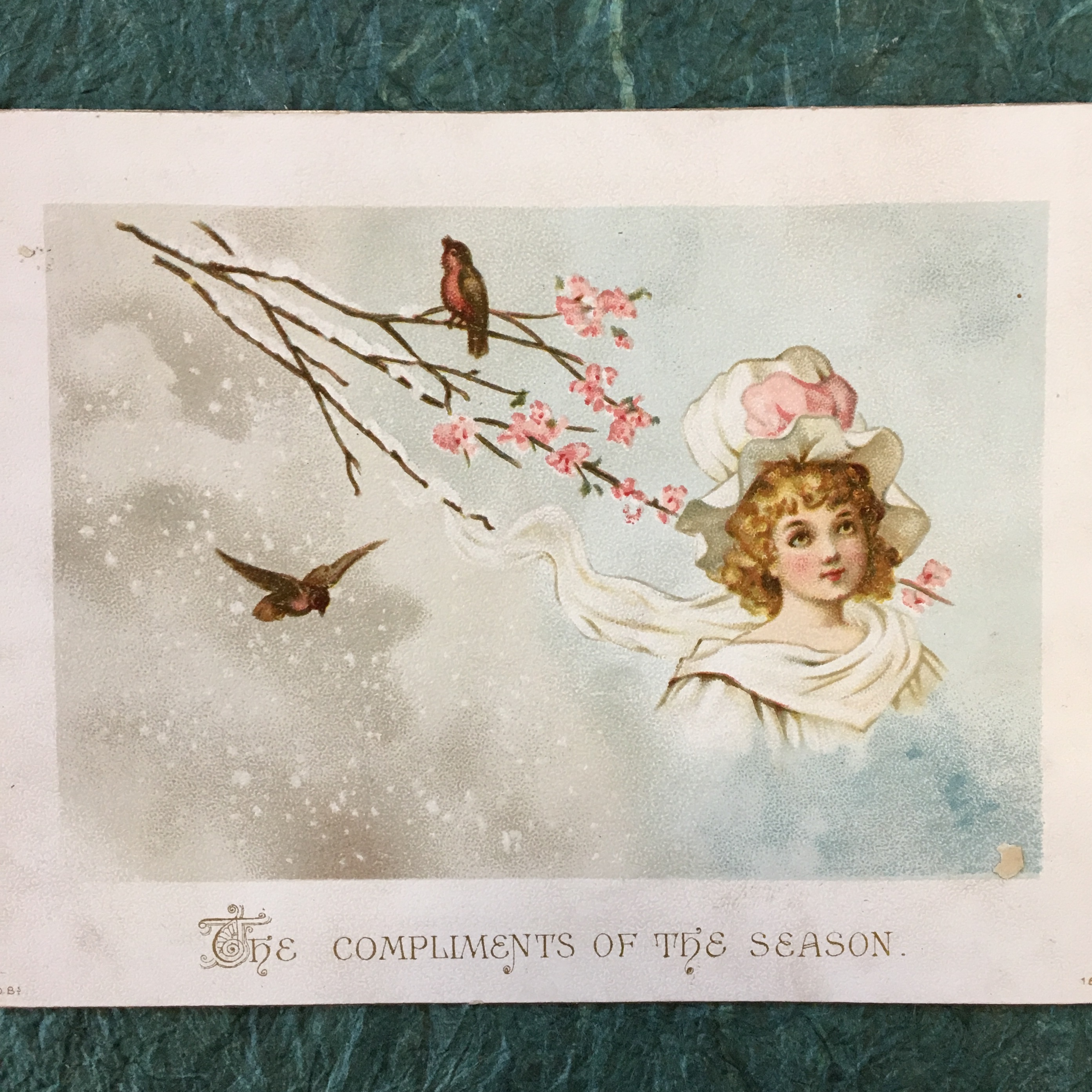 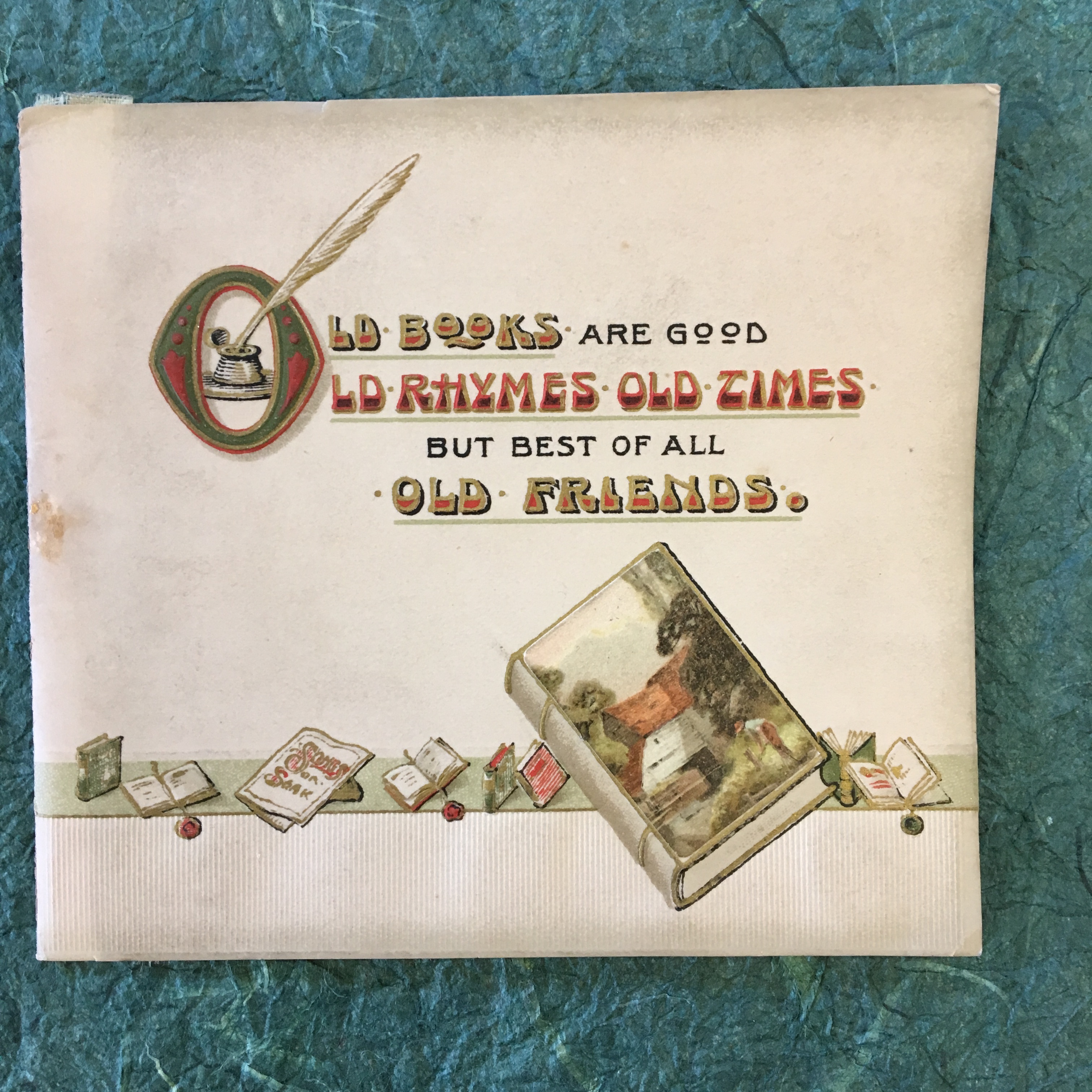 In 1843, the same year that Charles Dickens’ A Christmas Carol was published, the first commercial Christmas card was created. It was designed by John Callcott Horsley, an artist and member of the Royal Academy, at the request of his friend, Sir Henry Cole, a civil servant and leader in art and design education. Cole played a significant role in bringing art and industry together, and was instrumental in establishing the South Kensington Museum, now the Victoria and Albert Museum.

The original Christmas card had a triptych design.  Its central panel portrayed a family celebration and the side panels depicted acts of charity, thus capturing the Victorian holiday spirit with scenes of good cheer and kindness. An edition of 1,000 lithographed and hand-colored cards were produced and sold in London for one shilling a piece.

Christmas cards did not achieve immediate success. It was not until technological advances such as chromolithography made cards more affordable, that they became more common. Another factor that helped increase the popularity of holiday cards was the establishment of the Uniform Penny Post in 1840. This resulted in cheaper, faster, and more reliable mail delivery, making it possible for almost anyone to send a letter in Great Britain.

In 1875 a printer of Prussian descent named Louis Prang, began producing, affordable Christmas Cards in America.  He is often referred to as “the father of the American Christmas card.”

In the 1880’s card publishers introduced the idea of sponsoring contests for the best artistic designs. These competitions attracted both professional and amateur artists. The public was introduced to artists who were not well known, many of whom were female.  Popular illustrators such as Kate Greenaway, Walter Crane, and Randolph Caldecott also contributed designs.

A selection of Victorian Christmas Cards dating 1880-1899, are on display at the Mary R. Schiff Library & Archive for the month of December. Decorated with silk fringe and depicting robins, flowers, and snow covered scenes, they beautifully chronicle the festive tidings of a bygone era.