The Art of the Bike

May is National Bike Month! In 1956 this month-long celebration, was established as a way to show the many benefits of bicycling. Artists have been fascinated by various modes of transportation throughout time, but the bicycle in particular has a way of capturing the imagination. This self-powered method of travel has evolved over time, from models known as the “boneshaker” to what we are familiar with today.

On view for the month of May will be a selection of images and books that depict bicycles, and in the case of Marcel Duchamp, parts of bicycles as seen through the eyes of the artist. Included in the exhibit is a copy of Two Pilgrim’ Progress by Joseph and Elizabeth Robins Pennell, published in 1886. This rare book tells the story of a couple traveling the Italian countryside by tandem bike. The inner plate of the book includes this description:  Two Pilgrims Progress from fair Florence to the eternal city of Rome: delivered under the similitude of a ride wherein is discovered, the manner of their setting out, their dangerous journey; and safe arrival at the desired city.” 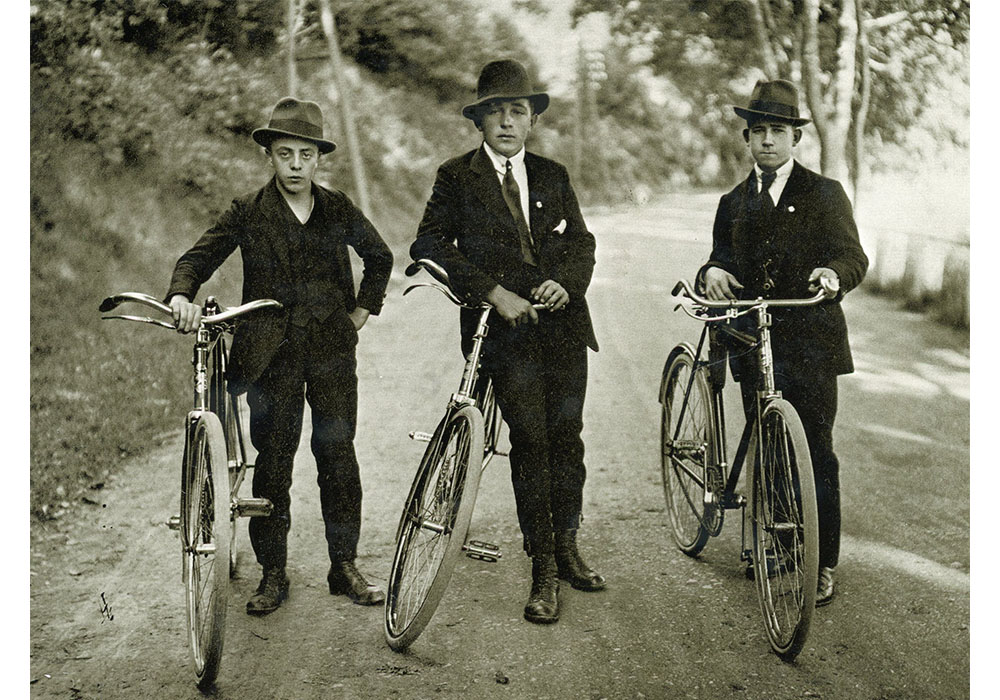 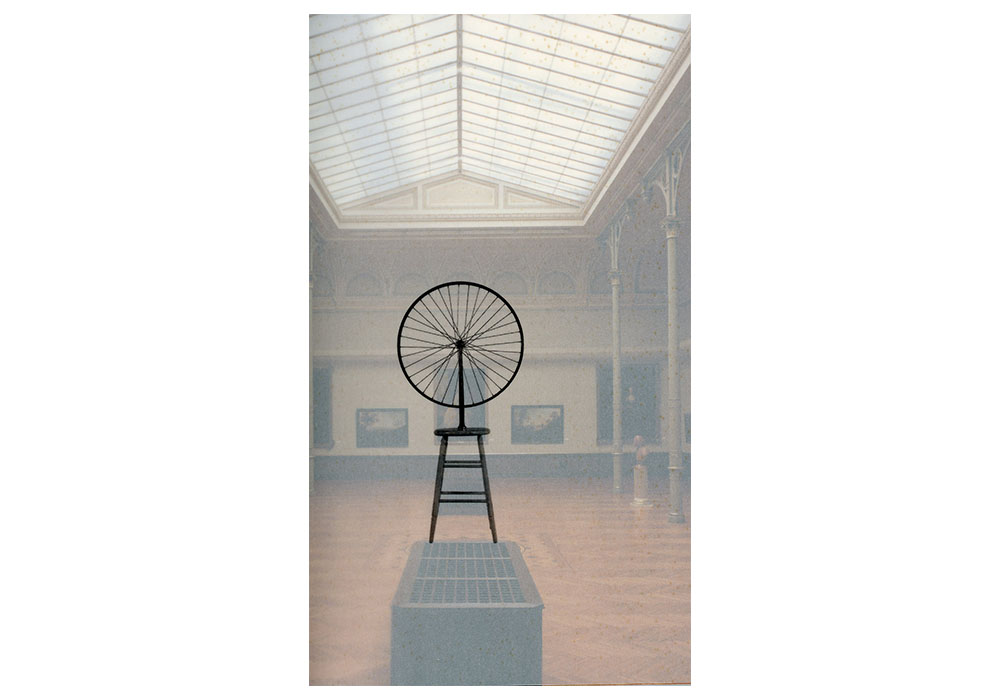 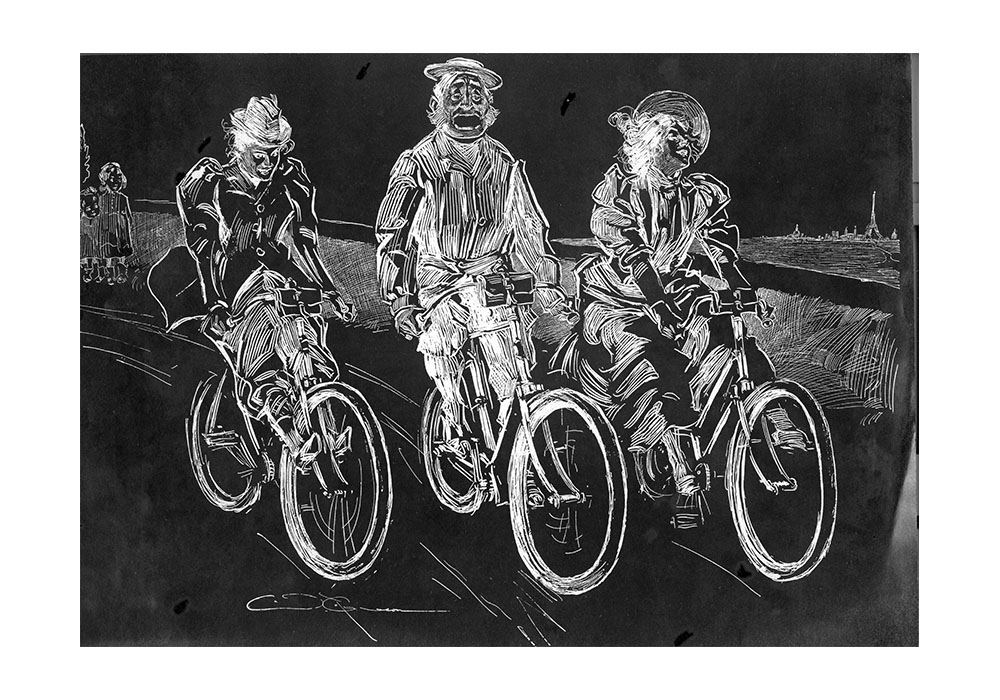 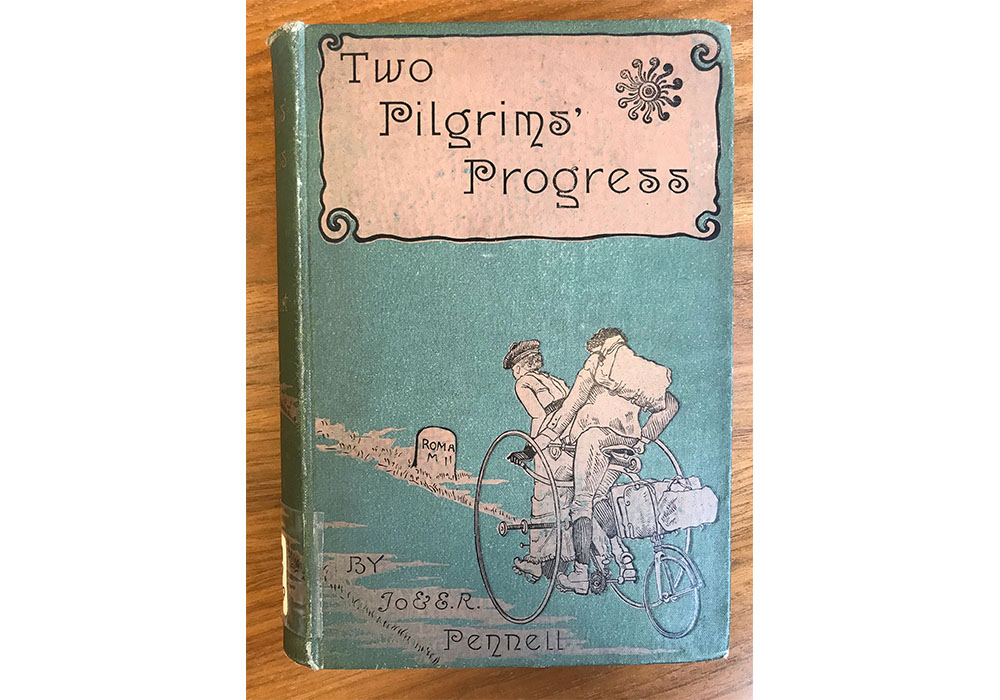 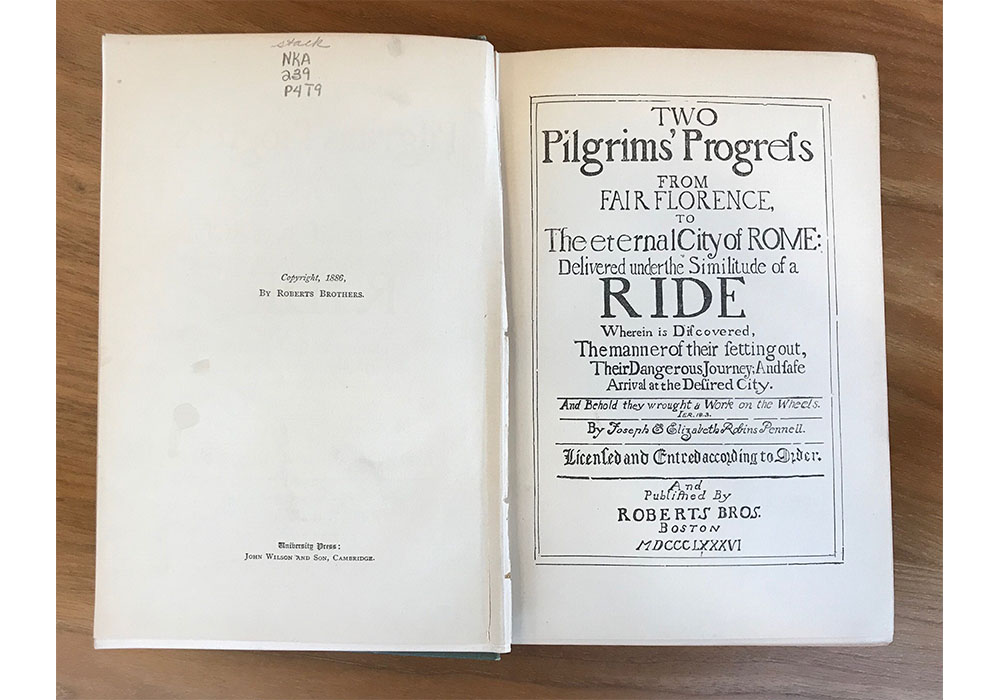 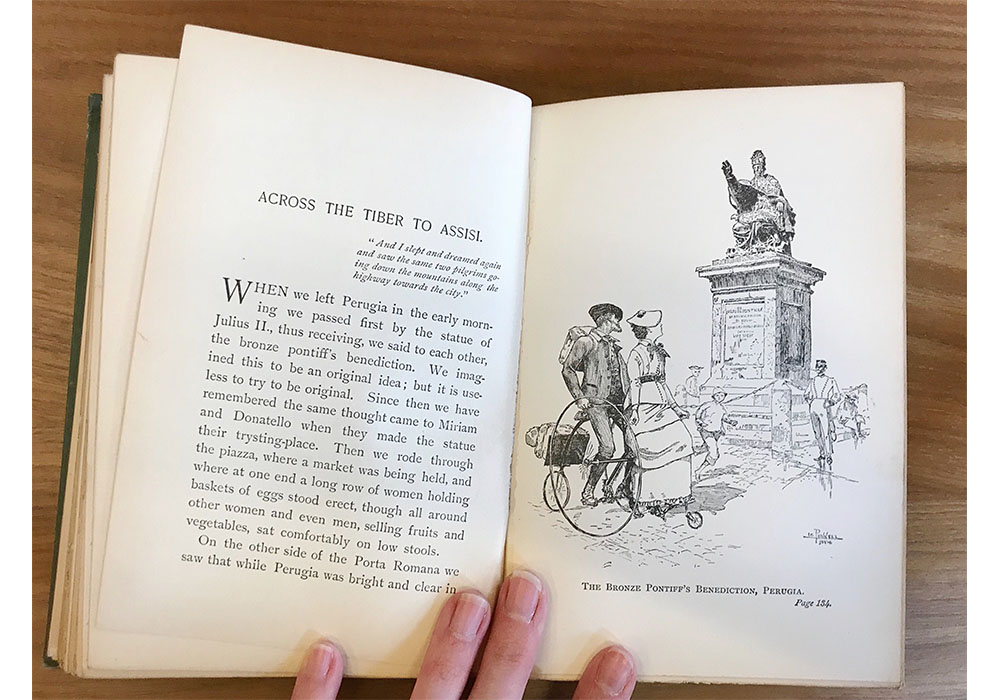 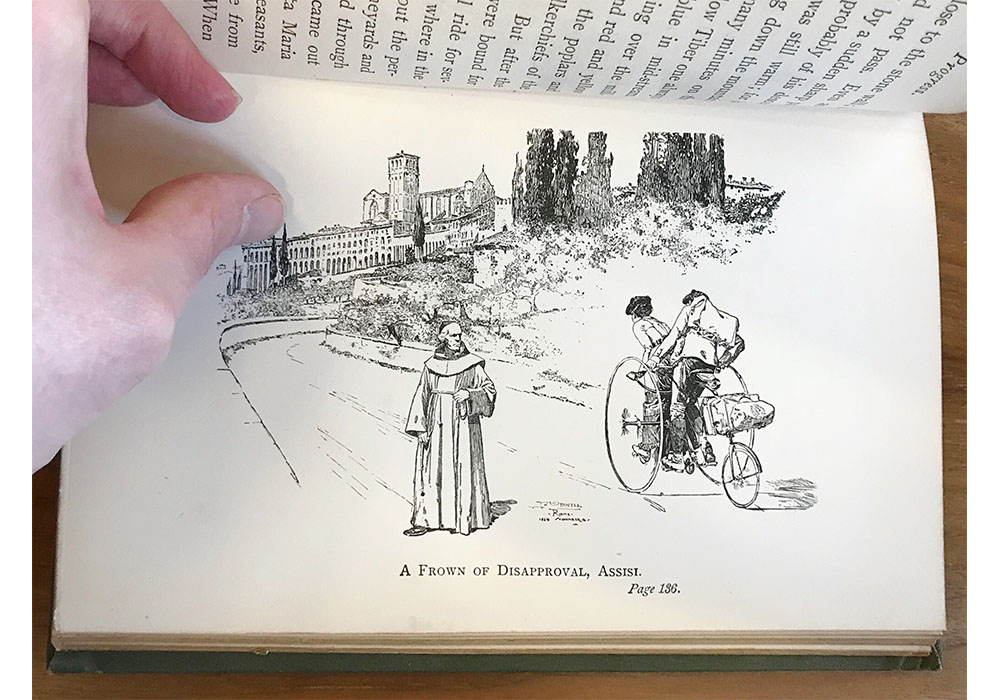 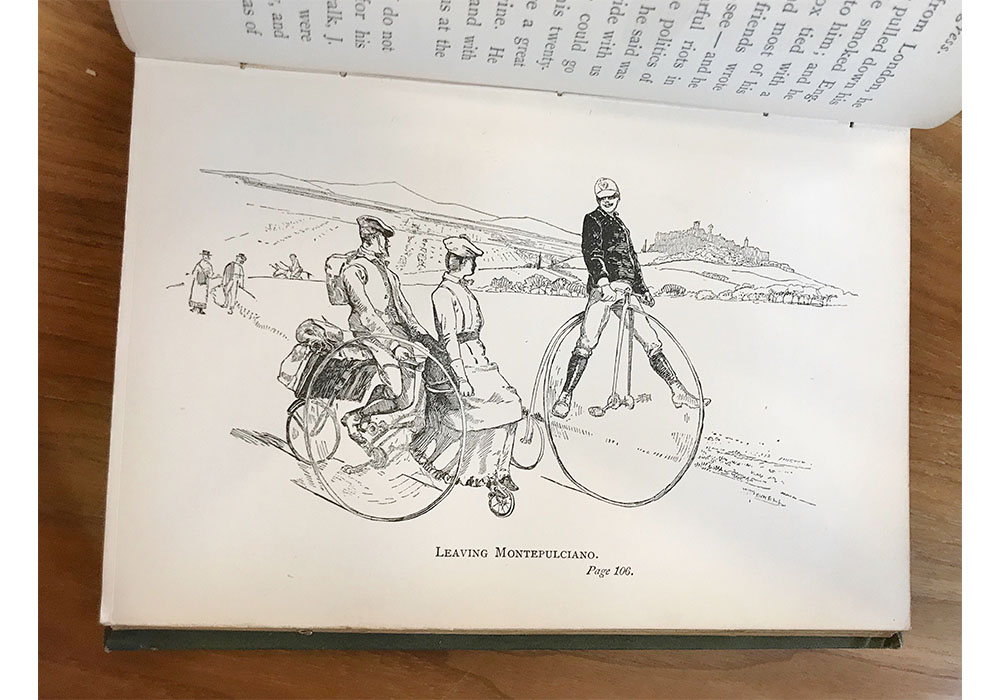 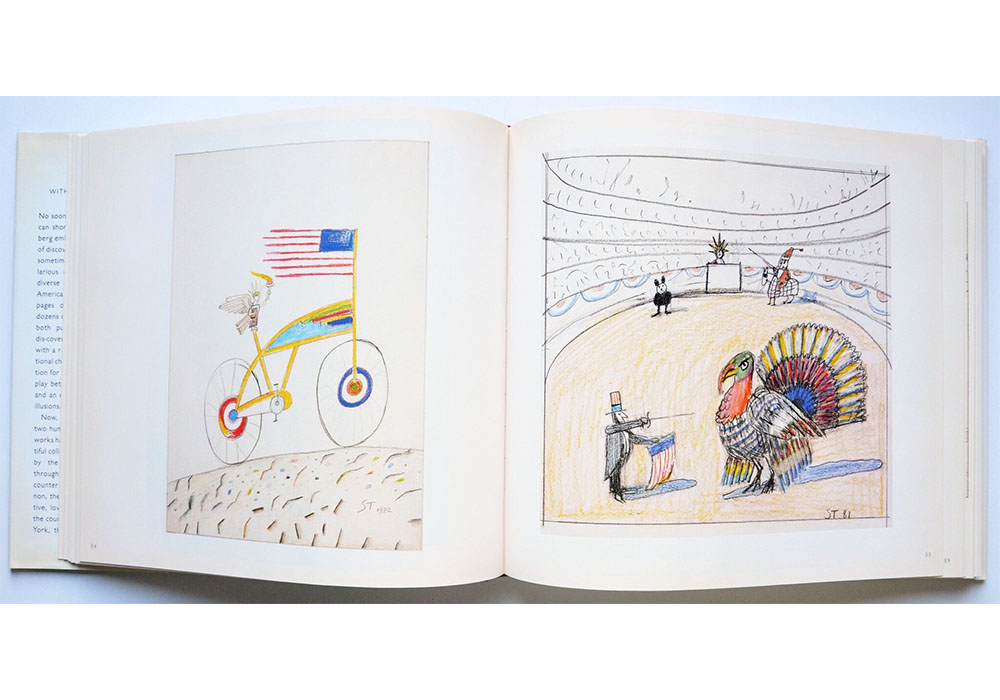 Also present, is an example of an illustration by Charles Dana Gibson depicting two of his “Gibson Girls” and a male companion riding bikes. This print was part of a series of prints Gibson created in 1906, many of which appeared in Collier’s Magazine.

The German photographer August Sander worked during his lifetime to create an encyclopedic photographic portrait project, depicting people from a wide range of backgrounds including farmers from the Westerwald region of Germany, bohemians, and extending to even polite society and professionals. In an image from 1922, Sander has captured three young men with their bicycles on a road with trees in the background.

The Modernist illustrator Saul Steinberg was another artist who was fascinated by city life and the fast pace of different ways of getting around town. A bike bearing both the American flag and a small Statue of Liberty/bald eagle hybrid creature appears on the cover of the catalog which accompanied an exhibition of his work shown in 1992.

Finally, Marcel Duchamp’s Bicycle Wheel is understood to be the artist first readymade sculpture. In 1913 the artist created the work by mounting a bicycle fork and front wheel to a stool. The work created to challenge what constitutes art, is thought to be the first kinetic sculpture.

To learn more about the events happening around town during this year’s Cincy Bike Month visit the website.