The French novelist and playwright Jules Verne, the “Father of Science Fiction,” created an elaborate series of adventure novels that became known as Voyages Extraordinaires, which translates literally to Extraordinary Voyages. This set of novels expanded over time to include over fifty novels. Each of these was researched in detail by Verne, and explored many subjects including those dealing with the geographical, geological, physical, and astronomical knowledge amassed by modern science (19th Century that is). Included in this sequence of stories is some of his best known work, including Voyage Au Centre De La Terre (Journey to the Center of the Earth), and Vingt mille lieues sous les mers: Tour du monde sous-marin (Twenty Thousand Leagues Under the Seas: A Tour of the Underwater World). 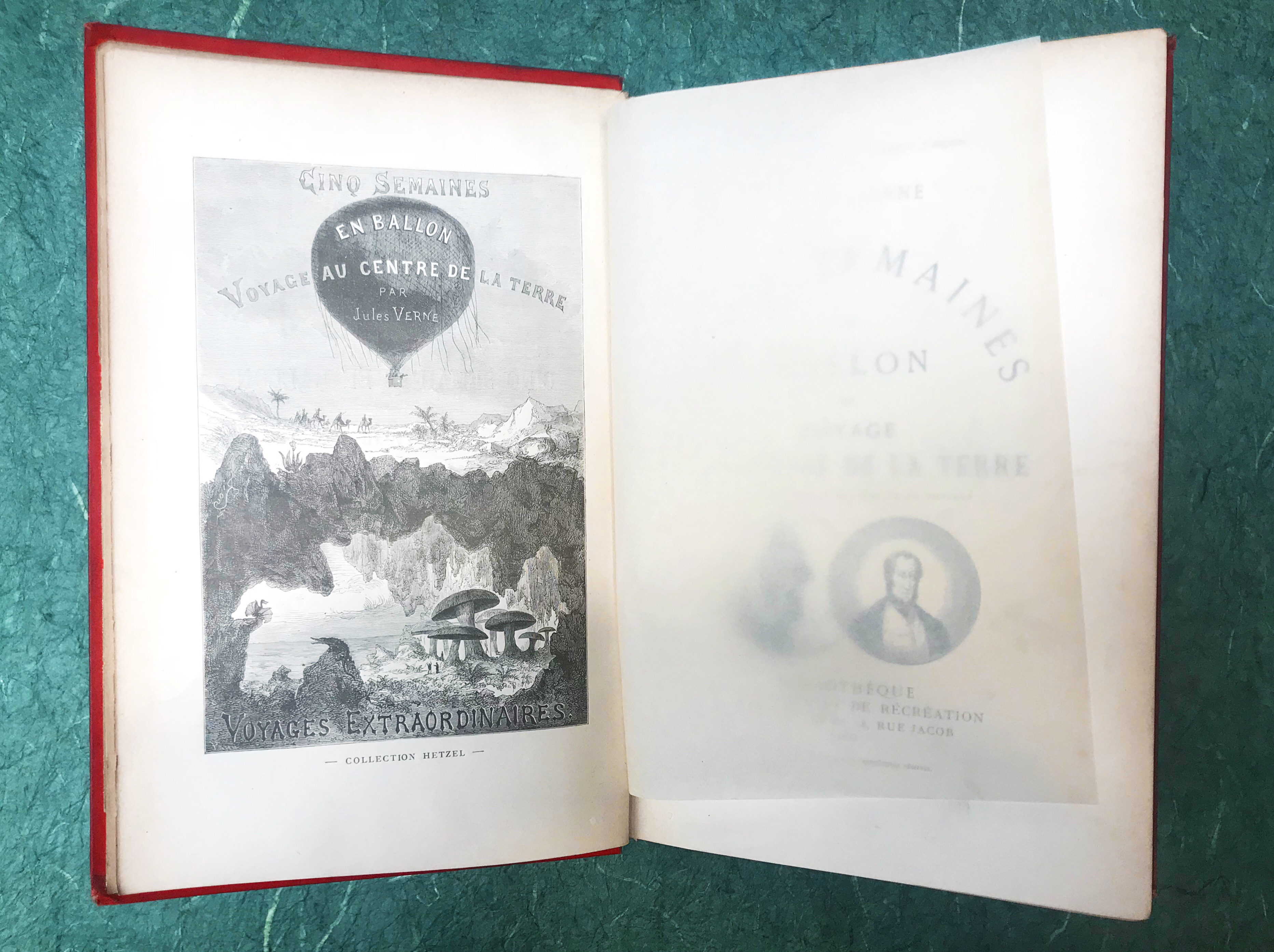 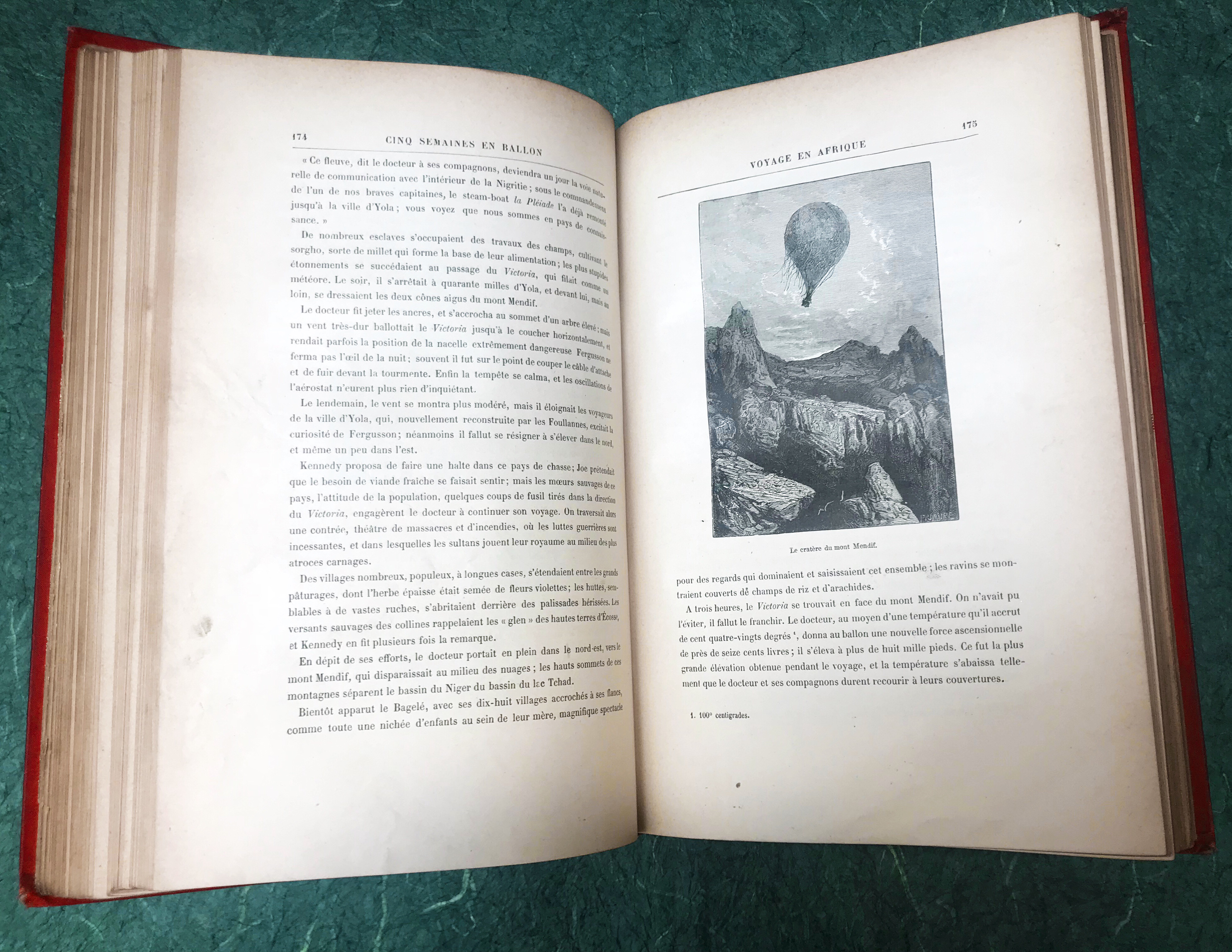 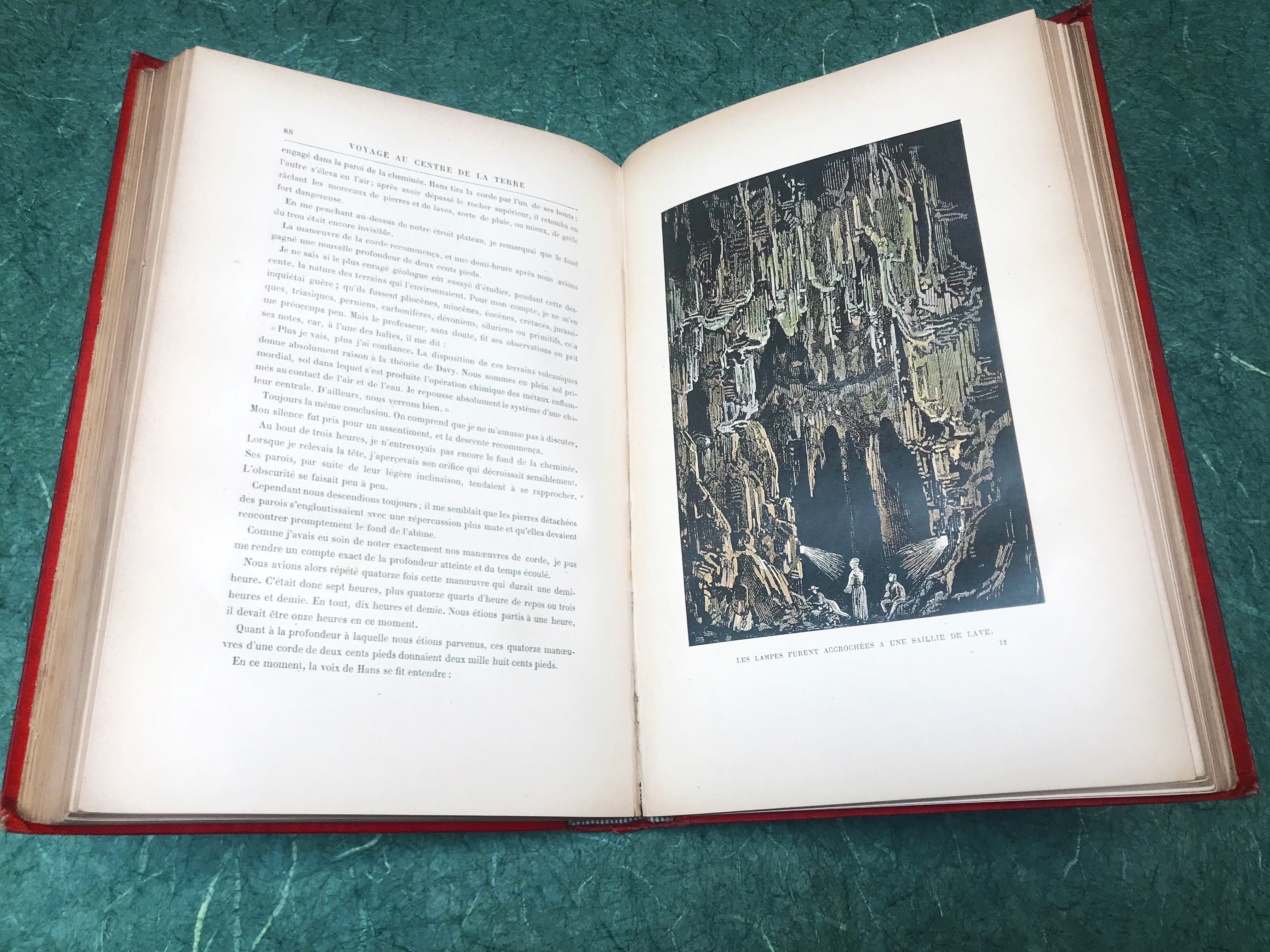 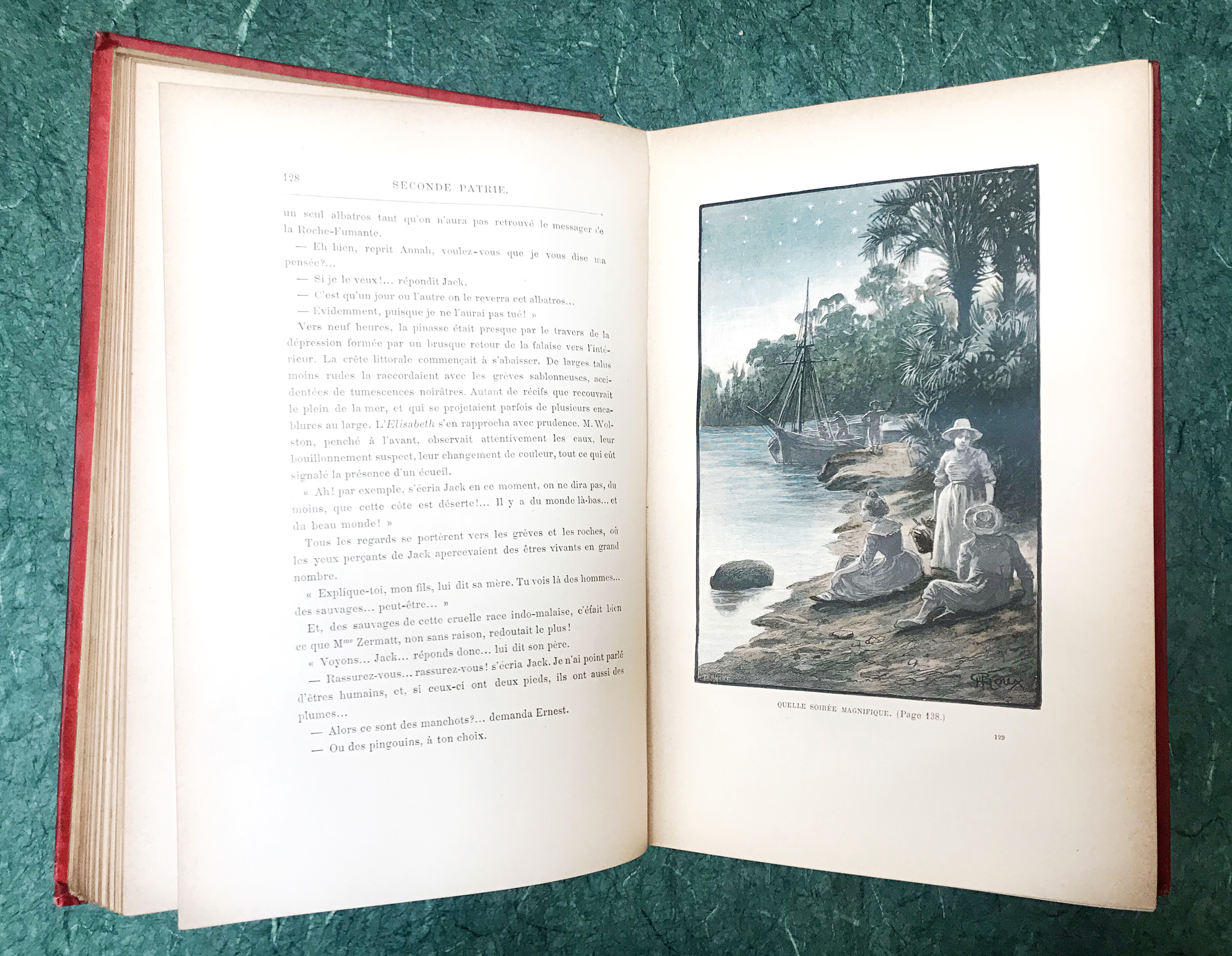 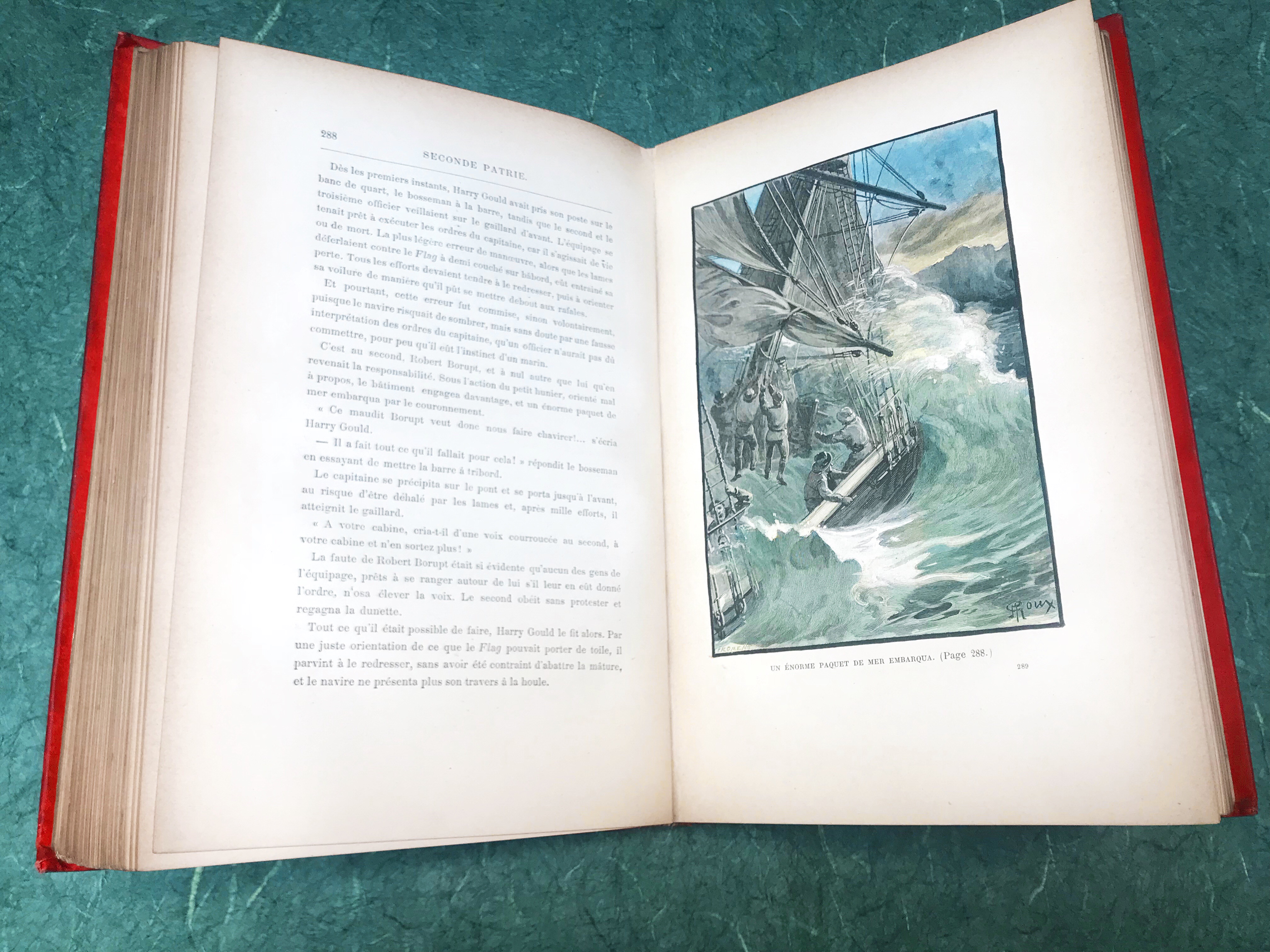 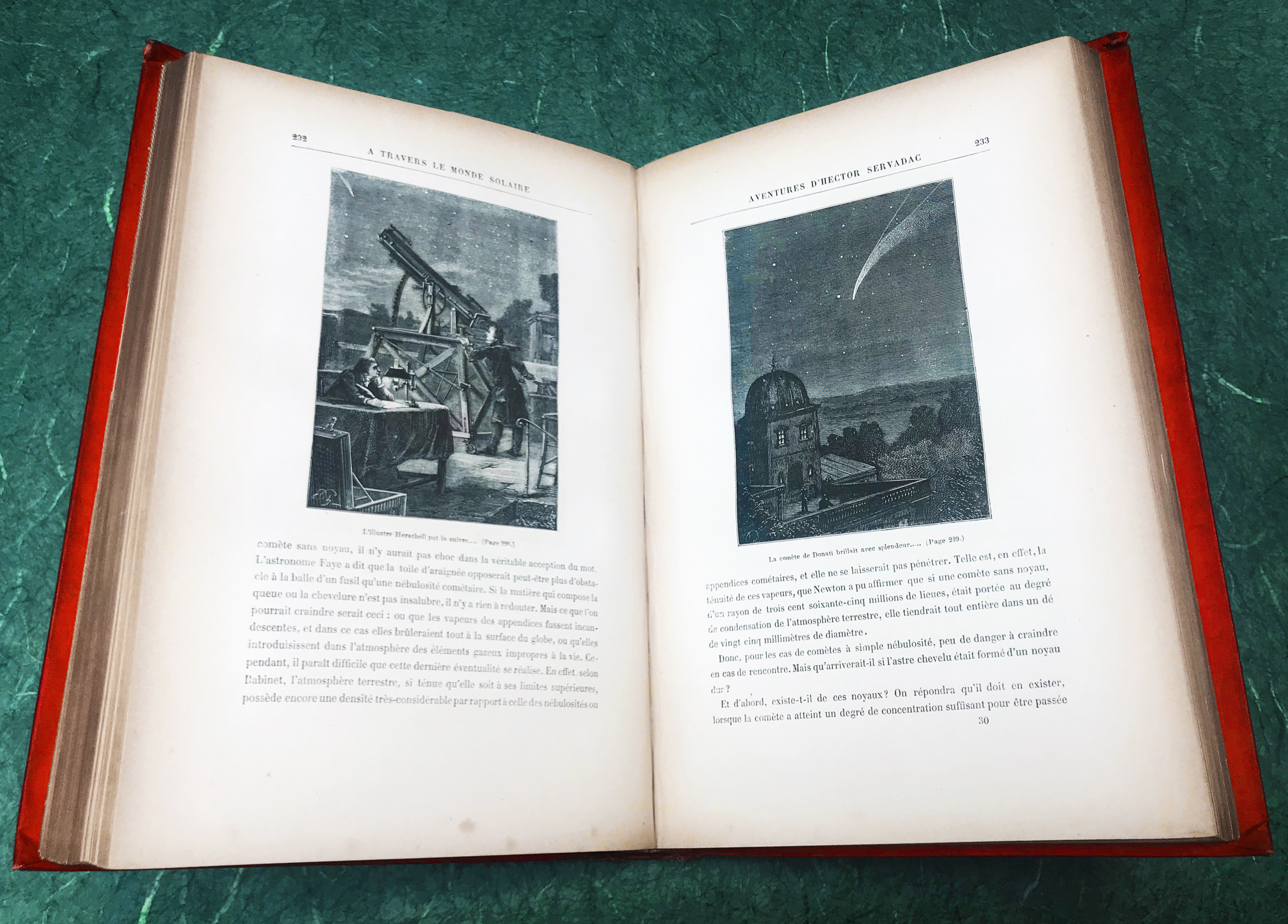 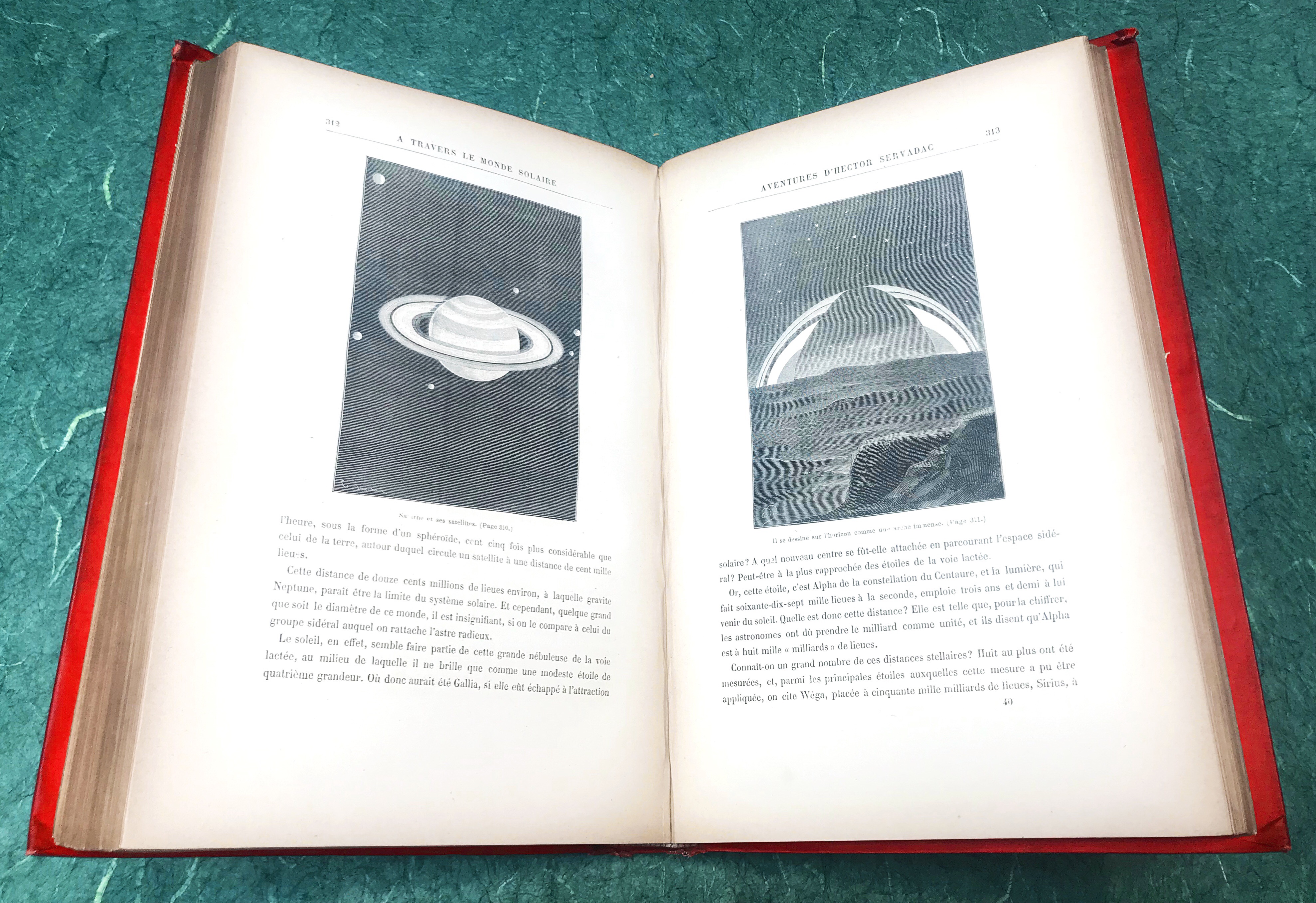 The Mary R. Schiff Library owns just seven of the fifty four volume set, but of those is a copy of Journey to the Center of the Earth, which was originally published in 1864. This story of subterranean adventure involves a German Professor and his companions journeying through an Icelandic volcano to the center of the earth. Along the way they encounter many wonders, including prehistoric creatures and many natural phenomena.  The draftsman Henri Montaut illustrated this and many other of the stories that make up the Extraordinary Voyages. His work conveys the dynamic nature of Jules Verne’s imaginative tales.

Jules Verne’s encyclopedic series of scientific tinged novels have influenced the literary avant-garde, and artists, including the Surrealists. Today we can see clear influences of Verne’s work in the science fiction subgenre known as steampunk, which combines technology and aesthetic designs inspired by 19th Century industrial and steam-powered machinery.

Visit the Mary R. Schiff Library and Archives today to view these early examples of Science-fiction adventure stories. These works will be on view through the month of July.