Now on Display at the Mary R. Schiff Library: Papers of Paul Ashbrook 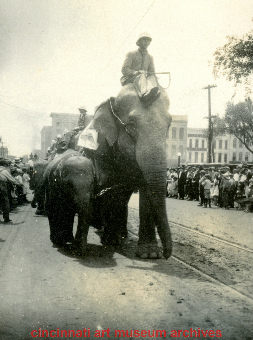 On view in the Mary R. Schiff Library & Archives throughout November is a selection of items from the papers of Paul Ashbrook (1867-1949), a lithographer, etcher, painter, cartoonist and, according to most people who knew him, gifted raconteur. 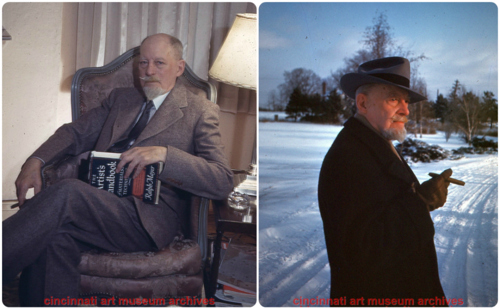 Along with volunteer (and local artist) Ted Gantz, I’ve been organizing Ashbrook’s papers, of which we have over 20 boxes. We’re very lucky to have this collection in the Museum archives; it’s an incredibly valuable resource for anyone interested in the life and work of Ashbrook. As well as items relating to his career – exhibition, catalogs, newspaper clippings, photographs of his work, etc. – there is a large quantity of personal papers.

During the later period of his life, Ashbrook loved to travel all over the world and the collection includes an incredibly complete record of those travels. There are receipts from the hotels he stayed in, menus and passenger lists from liners he sailed on, a huge collection of photos, as well as the rather pithy travels journals of his wife, Hetty. I think she’s probably the reason so much of this material survives – I have the feeling she was the family record-keeper!

The material currently on view in the Library relates primarily to Ashbrook’s trip to England in 1935. Some of his finest paintings were executed during this trip whilst visiting Polperro in the county of Cornwall. I’m originally from Cornwall so it was a nice surprise to find this taste of home in our archives. But more than that, it’s fascinating to be able to map out Ashbrook’s travels in so much detail, and to be able to look at his own photographs of the places and views he would later go on to paint in some of his most recognizable works.

In addition to the images documenting the Ashbrooks’ trips overseas, there are also photographs of local interest. For example, there is a series of photographs of Cincinnati showing the flood of 1913, plus some fantastic images from about the same time of the Ohio completely frozen over. 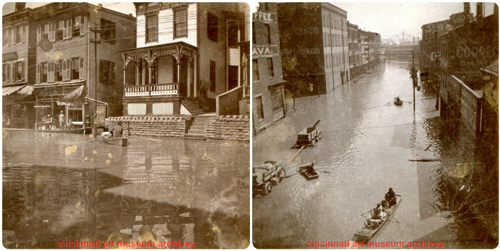 Most of the photos in the collection have no information about when or where they were taken, so unless there’s an obvious landmark, for example, it’s very hard to make a positive identification. One group of images that I’d love to know more about show what seems to be a Wild West show and, perhaps, a circus – including a parade of elephants. If anybody knows anything about these, please get in touch! 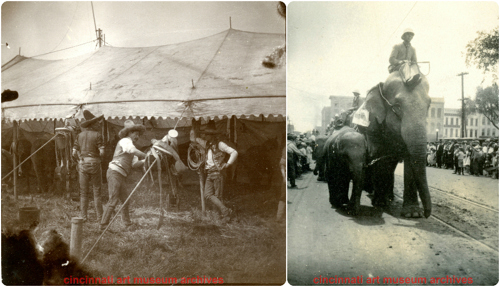 Other examples of Ashbrook’s photographs don’t need any explanation. They capture scenes and faces that are quintessentially American, and although we’ll probably never know exactly when or where they were taken, or who they show, their subject will always resonate.

For an archivist, the Paul Ashbrook papers are both a dream and a nightmare; they’re an extensive and rich resource, but also incredibly chaotic. Organizing a collection like this in a way that will be useful for researchers is a hugely time-consuming process, and I can’t begin to express how grateful I am to volunteers, like Ted, for their help.

Once we finally finish sorting the materials, the collection will be opened to researchers and a finding aid listing its content published on the OhioLink website.