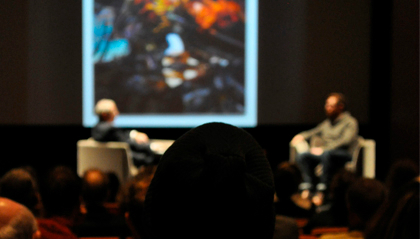 It’s officially lecture season at the Cincinnati Art Museum, and we have a full slate of programs lined up this spring that will appeal to the art lover in everyone.  Mark your calendar and join us to discover old friends and new favorites in our permanent collection and special exhibitions. 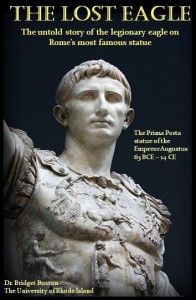 Wednesday, March 4, 7:00 p.m. The Lost Eagle: The untold story of the legionary eagle on Rome’s most famous statue with Dr. Bridget Buxton, The University of Rhode Island. This is a FREE lecture and reservations not required.

The Prima Porta Augustus is the most famous and recognized marble statue from the Roman Empire, and a potent symbol of the triumph of the West over the East. In this illustrated lecture, Dr. Bridget Buxton will explore the archaeological and historical evidence that proves the Prima Porta statue was commissioned to commemorate another entirely separate event that occurred on the northern frontier many years after the Parthian standards were returned.  This lecture is sponsored by the Archaeological Institute of America Society, Cincinnati. 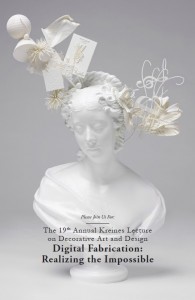 Sunday, March 15, 2:00 p.m. Kreines Lecture on Decorative Arts and Design: Digital Fabrication: Realizing the Impossible from Piranesi to Kapoor with Ronald T. Labaco, Museum of Arts and Design This is a FREE lecture, and reservations are recommended.

Works which were once impossible or extremely difficult to create are now feasible through recent innovations in 3D printing and computer-aided design. Join us for the 19th annual Kreines Lecture as Ronald T. Labaco, curator of the exhibition Out of Hand: Materializing the Postdigital, examines the use of digital fabrication in 21st-century art and design.  This annual lecture is presented by Dr. and Mrs. Kenneth Kreines and the Decorative Arts Society of Cincinnati.

Wednesday, March 18, 7:00 p.m. Art and Japanese Court Life with Dr. Gergana Ivanova, The University of Cincinnati, and Helen Rindsberg, The Cincinnati Asian Arts Society Reservations are required for this lecture.  The lecture is FREE for Art Museum members, $10 for general admission, and $5 for students/seniors.

Art and… is a new conversation series that explores what happens when two experts from different fields present their own distinct views on the same artwork.  In March, join Gergana Ivanova, Assistant Professor of Japanese Literature at the University of Cincinnati, and Helen Rindsberg, President of the Cincinnati Asian Arts Society, for a closer look at the fashions, customs, and traditions of Japanese court life.  What new perspectives will you gain? 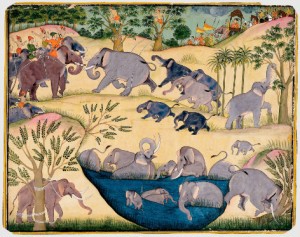 Thursday, April 23, 7:00 p.m. Court Paintings of Royal India: The Connecting World of Hindus and Muslims with Dr. Vishakha N. Desai, Columbia University This is a free lecture and reservations are not required.

The seventeenth century is often considered the golden age of Indian court painting when large and small Muslim and Hindu courts commissioned richly illustrated manuscripts and elaborate royal portraits and palace scenes. Using some examples from the renowned permanent collection of the Cincinnati Art Museum, this illustrated lecture will highlight the complex interaction between Mughal and Rajput rulers and courtiers to better understand the syncretic nature of pre-modern, pre-colonial Indian society. This lecture is sponsored by The Cincinnati Asian Art Society. 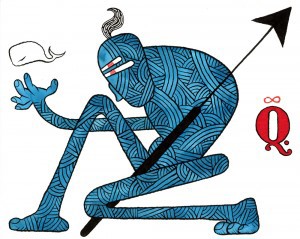 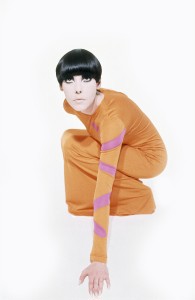 Rudi Gernreich’s daring fashion statements included: the “topless” bathing suit (1964); the “No-Bra” bra (1965); ensembles with clear vinyl inserts (1967); a unisex line (1970); and the thong (1974). These astounding designs appealed to women who were as fashionable as they were bold, youthful, and strong. Join curator Kevin Jones, who oversees the Rudi Gernreich Archive at the FIDM Museum, as he discusses the trajectory of Gernreich’s career and his continuing impact on fashion today. 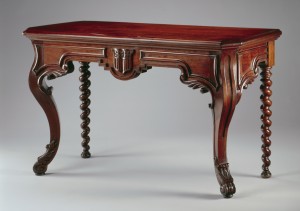 Wednesday, May 6, 2:00 p.m. 43rd Annual Colonial Dames Lecture and Tea: “Suited to the dignity and character of the nation”: Decorative Arts at the White House with Melissa Naulin, Assistant Curator, The White House This lecture is free for Art Museum and NSCDA Ohio Members, $10 for the general public, and $5 for students and seniors.

Take a closer look at how furnishings have been selected for the home of America’s first families.  The 2015 Colonial Dames lecture will explore 215 years of White House decorating, beginning with George Washington’s residences in New York and Philadelphia and continuing into the present day.  Join Melissa Naulin, Assistant Curator at The White House, to learn more about how the presidents, their families and their purchasing agents have navigated the difficult task of choosing furnishings that balance presidential taste and public perception.  This lecture is presented by The National Society of The Colonial Dames of America in the State of Ohio.

All of these lectures will be held in the Fath Auditorium of the Cincinnati Art Museum.  To reserve your tickets, call 513-721-ARTS or purchase your tickets online.  We look forward to seeing you this spring!

Stephen Jones, Bust of Lady Belhaven (after Samuel Joseph), 2011, Made by .MGX by Materialise, Belgium, Epoxy resin and nylon, Museum of Arts and Design purchase with funds provided by Marcia and Alan Docter, 2012