Sculpture is a new semester course this year. Every project that the students create is a ‘new adventure’ for us all! At the beginning of the year, the students worked with simple paper creations and a styrofoam cup sculpture. The CREATURE project was the first large scale sculpture that they were challenged to create.

Getting started was probably the biggest challenge. The only materials that they had to use were newspaper, masking tape, and various recyclables, including cans, plastic salad containers, and coat hangers.  After some initial struggling, the students had many AHA moments, from bending  the wire to create winged creatures, to utilizing the extra styrofoam cups (from the previous project) for teeth and scales. Each student started with a concept that quickly morphed and developed into something more creative. 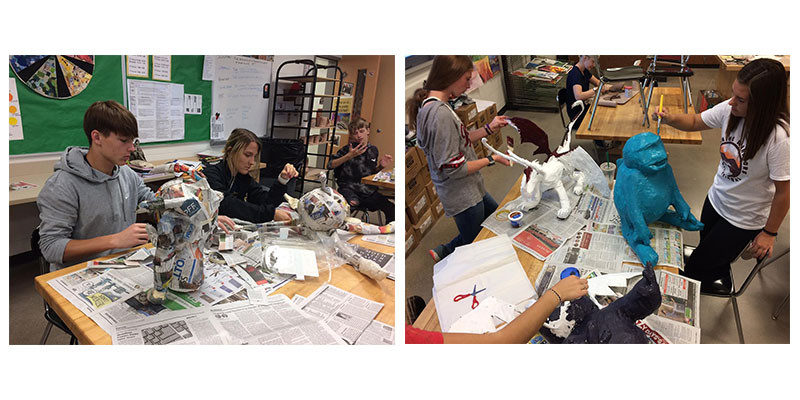 For many of the students, the ‘accessorizing’ of the creatures was risky. I continued to remind them that the interesting details, such as a stitched up forehead, screening patches on a body, and nails and screws attached to the end of paws would make their creatures more interesting.

Probably the most dynamic aspect of these sculptures was the interaction among the students.  At the start of the semester, many in the class didn’t know each other, but during this project, there was so much discussion, alternative idea generation, and so many variations suggested, that the students truly talked to and interacted with everyone in the class. 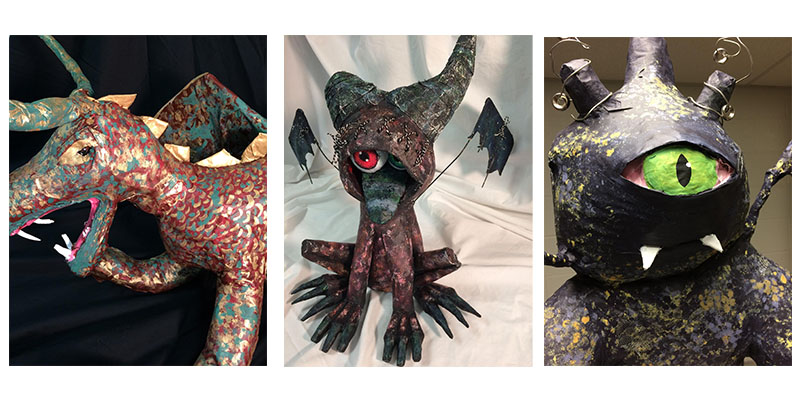