The Legend of the Laughing Buddha 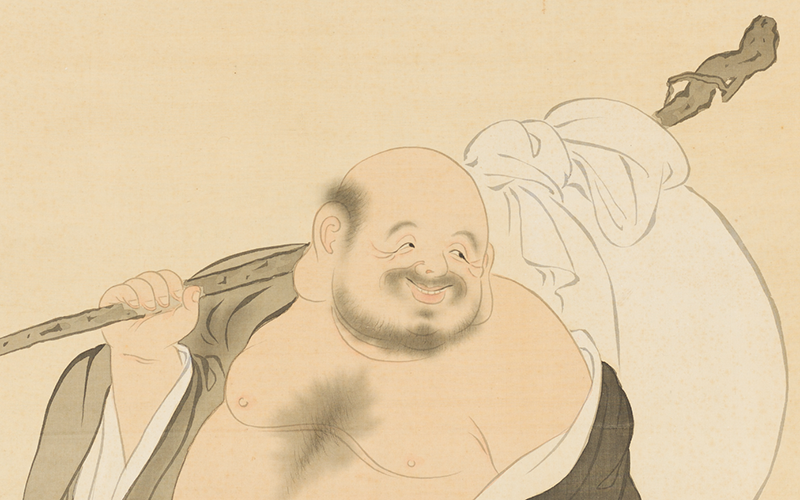 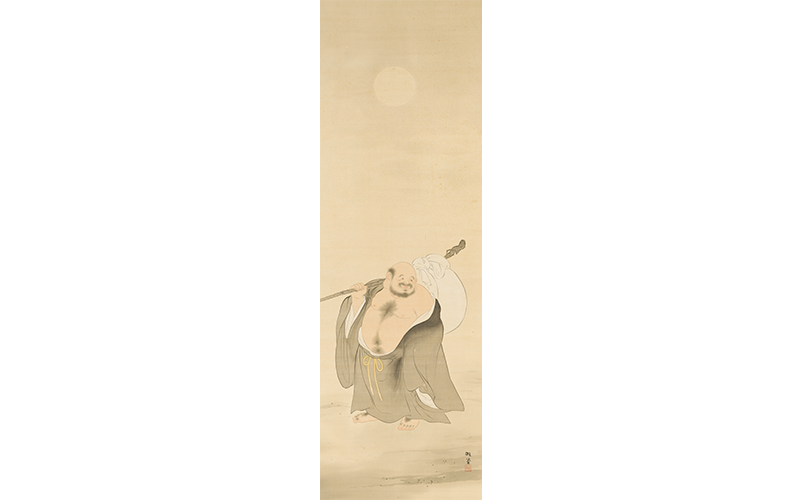 Hotei was a legendary Chinese monk who lived around the 10th century. His name translates to "cloth sack," referring to the bag of possessions he carries. He is distinguished from other Buddhist deities by his happy personality and eccentric wandering lifestyle. In Japan, Hotei became one of the “Seven Lucky Gods”, symbolizing prosperity and abundance. He is also popularly known as the “Laughing Buddha” due to his laughing or smiling countenance.

In this scroll, Hotei is depicted as a large-bellied monk with a smiling face, wearing a loose robe, and carrying a large sack tied to a walking stick over his shoulder. The striking image of Hotei done by this artist who has few surviving works makes a fascinating addition to Art Museum’s collection.