Who is Hank Willis Thomas and why does his work matter now?

Hank Willis Thomas: All Things Being Equal… , about the artist , artist bio 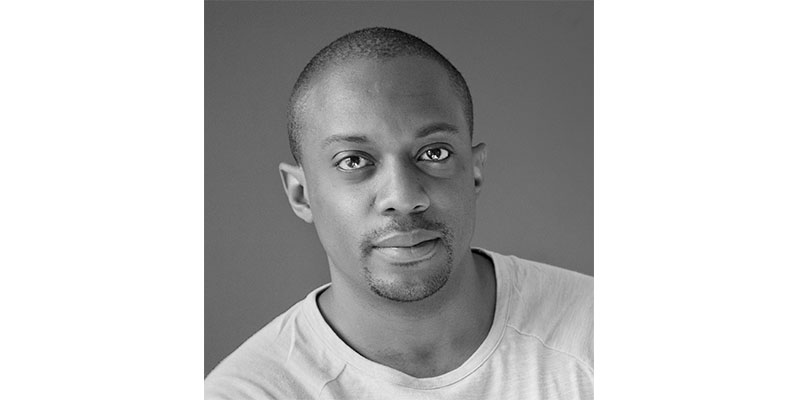 American artist Hank Willis Thomas’ first mid-career survey spans nearly twenty-five years of his exploration of everyday imagery and its real-world consequences. With incisive clarity, Thomas asks us to see and challenge systems of inequality that are woven into the fabric of contemporary life.

Thomas, born in 1976, works in many mediums. Still, his thinking begins with photography–the imagery that makes up much of our popular visual culture and that most readily shapes understandings of the world in which we live. The artworks in All Things Being Equal… encompass photography, sculpture, video, audience activated digital animation and collaborative public art projects. They are grouped around themes Thomas has examined throughout his career, such as the human toll of gun violence, the impact of corporate branding, the roots and uses of notions of gender and race, and interconnected worldwide struggle for liberty and equality. The exhibition also highlights Thomas’ mining of personal and public archives, and his ability to reframe texts, images and materials to connect historical moments of resistance to our lives today.

Much of Thomas’ work guides us to the critical intersection of art, politics and justice. All of it affirms human joy, the role of art in grasping our shared humanity, and the idea that we must be visionary rather than reactionary in order to shape a better future.

This exhibition, now
What is the meaning now of artwork about equality and justice, trauma, protest, and the possibility of human togetherness?

Before 2020, All Things Being Equal… was a powerful response to twenty-first-century American society. Today Thomas’ work has urgent new significances. This exhibition was originally planned well before “coronavirus” became a household word. While the project team re-envisioned our presentation of the exhibition to respond to a pandemic, the killings of Breonna Tayler, Ahmaud Arbery and George Floyd reignited nationwide protest against racism and police brutality. COVID-19 and the Black Lives Matter movement have thrown structural inequality into sharp focus, forcing individuals to examine what they consider essential for themselves and others.

We are all living in a time of profound uncertainty. Yet it has rarely been clearer that uncertainty treats people differently. Critical awareness, civic engagement, inclusive collaboration, and empathy–among the core invitations of Thomas’ work–are powerful tools for our times.

Get involved: Hank Willis Thomas, For Freedoms, and the Wide Awakes
In 2016 Thomas co-founded the artist-led collective For Freedoms, which uses art to promote civic engagement and enrich public political discourse. In their own words, “For Freedoms is an artist-led organization that models and increases creative civic engagement, discourse and direct action. [They] work with artists and organizations to center the voices of artists in public discourse, expand what participation in a democracy looks like, and reshape conversations about politics.” Public artworks and activations by members of the For Freedoms network have appeared across the country, including in Cincinnati.

This fall and election season, their focus is on a network of nationwide events occurring under the banner of The 2020 Awakening. The Wide Awakes, a group of artists launched by Thomas in 2020, is working to mobilize a large network of creatives, activists and cultural workers to lead activations aimed at increasing voter turnout and fighting injustice in November’s election. The Wide Awakes take their name from a determined group of abolitionists who energetically rallied for Abraham Lincoln in the election of 1860.

More about the artist
Thomas’ work has been exhibited internationally and is collected by the Museum of Modern Art, Brooklyn Museum, and Whitney Museum of American Art in New York, the High Museum of Art in Atlanta and the National Gallery of Art in Washington D.C., among other venerable institutions. Thomas is a 2018 Guggenheim Fellowship award winner. He has been an instructor in the MFA program at Yale University and Maryland Institute College of Art and is a member of the Public Design Commission for the City of New York. Thomas was recently chosen to design Boston’s Martin Luther King, Jr. and Coretta Scott King Memorial in conjunction with MASS Design Group. He holds a B.F.A. from New York University, New York, N.Y. (1998) and an M.A./M.F.A. from the California College of the Arts, San Francisco, Calif. (2004) and has received honorary doctorates from the Maryland Institute of Art, Baltimore, Md. and the Institute for Doctoral Studies in the Visual Arts, Portland, Maine.