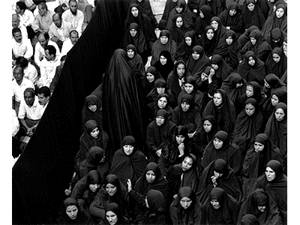 The distinguished American artist Sol LeWitt is the focus of a two-part exhibition that will be on view at the Contemporary Arts Center (CAC) and the Cincinnati Art Museum through a first-time co-presentation between the two institutions.

LeWitt x 2 documents the arc of LeWitt’s career in Sol LeWitt: Structure and Line, while Selections from The LeWitt Collection showcases the artist’s personal collection, assembled with his wife, Carol Androccio LeWitt.

Sol LeWitt was one of the most influential artists of the 20th century and was renowned for his contributions that shaped minimalism and conceptual art. His geometric sculptures, inventive wall drawings, and colorful works on paper have defined and pushed the limits of art making over the last 40 years. Concurrently, LeWitt was a central figure in the international art world and recognized as a force of encouragement and artistic integrity. He was recognized not only because of his influence on conceptual art, but also for his sincere support of other artists and their work.

Selections from The LeWitt Collection

This selection of artworks acquired by Sol LeWitt and Carol Androccio LeWitt focuses on the period from 1960 to the present. The LeWitt Collection is renowned for its scope and breadth and includes works by approximately 750 artists; over 100 works are featured in this exhibition. By recognizing, collecting and preserving the works of contemporaries and younger emerging artists, the LeWitts not only encouraged individual artists but also contributed to public interest in the conceptual art movement.

Many of the works in The LeWitt Collection were gifts or trades from artist friends, including a number of key works from the early years of the conceptual art movement. Over the years, Sol LeWitt’s renown led to contacts with artists in other countries and by the 1970s, the collection had taken on a distinctly international character, including many important works by artists associated with the Arte Povera movement. Beginning with the marriage of Sol LeWitt to Carol Androccio in 1982, the couple collaborated in overseeing the growth and direction of the collection.

A full-color catalog for LeWitt x 2, published by the Madison Museum of Contemporary Art, includes essays by Dean Swanson, guest curator for the exhibition, and by Martin Friedman, director emeritus of the Walker Art Center.

LeWitt x 2 has been organized by the Madison Museum of Contemporary Art. Generous funding for LeWitt x 2 has been provided by the Steinhauer Charitable Trust, J.H. Findorff & Son Inc., Peggy Hedberg and John Niederhuber, John Neis and Chele Isaac, the Dane County Cultural Affairs Commission with additional funds from the Endres Mfg. Company Foundation and the Overture Foundation, and the Terry Family Foundation.