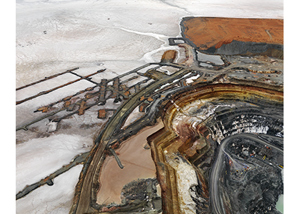 This special feature celebrates the influence of a generation of photographers who, during the 1960s and ’70s, created a new kind of landscape photography. Their smart, deadpan pictures depicted new environmental developments, such as suburban sprawl, not previously associated with fine art. Several of these artists were brought together in the landmark 1975 exhibition New Topographics, presented at the George Eastman House in Rochester, NY. Forty years later, the Cincinnati Art Museum pairs those artists with more recent photographers who update their legacy.