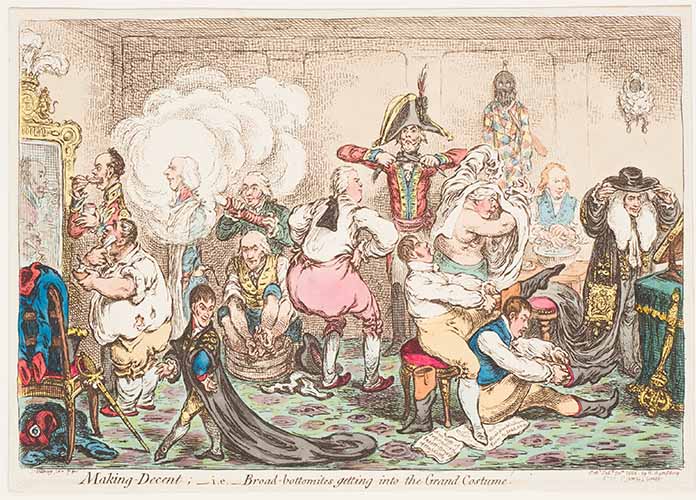 William Hogarth (1697–1764) is considered the father of English caricature.  His moralizing prints like Beer Street and Gin Lane satirized social ills and advocated for social reform.  For subsequent generations, no person or subject was immune from the satirists’ barbs. Their prolific production gives insight into the cultural and political preoccupations of Georgian Britain (1714–1830). Thomas Rowlandson (1756–1827) exaggerated people’s bodies while humorously satirizing the life and manners of his subjects. His contemporary, James Gillray (1756–1815), focused on political cartoons, even attacking the British royal family as in his caricature A Connoisseur examining a Cooper. George Cruikshank (1792–1878) who succeeded Rowlandson and Gillray continued the tradition of criticizing the royal family and politicians. His work continues to influence  political cartoons to this day.