Probably the most well-known of the artist-jewelers of the 1960s and ‘70s is Andrew Grima—a leading figure in the period. Interested in art from an early age, he trained as an accountant, but entered the jewelry trade after marrying the daughter of the owner of Haller Jewellery Company (H. J. Co.) in 1946. Shortly after his father-in-law’s death, Grima became the firm’s designer and H. J. Co. cast several of the artist-designed jewels for the International Exhibition of Modern Jewellery in 1961. In addition, six of Grima’s own pieces were included in the display.

Like many of the artist-jewelers in this exhibition, Grima sold through various retail outlets, but in 1966 he set up his own shop on London’s Jermyn Street. Designed by his architect brothers, the store was compared to a villain’s lair from a James Bond film. The front of the building was covered with misshapen pieces of slate and steel and the interior included a Plexiglas spiral staircase—the first of its kind. Grima was a prolific designer and became a favorite of the British royal family. He won many prestigious awards for his work, including multiple Diamonds International Awards and the Duke of Edinburgh Prize for Elegant Design. 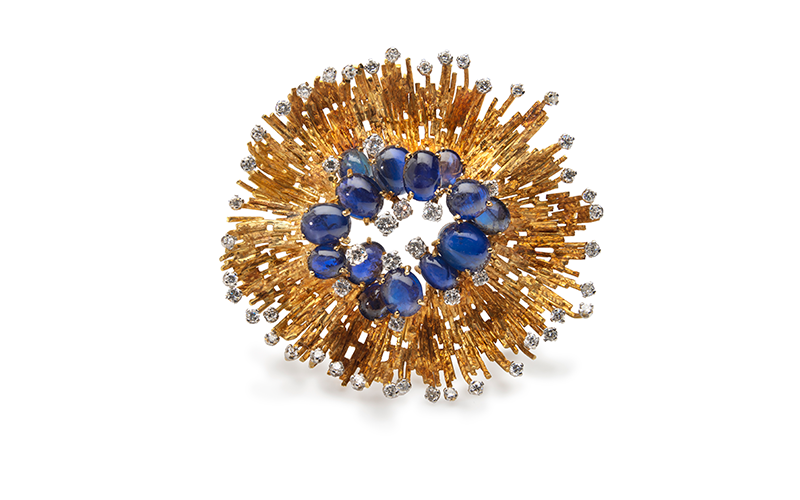 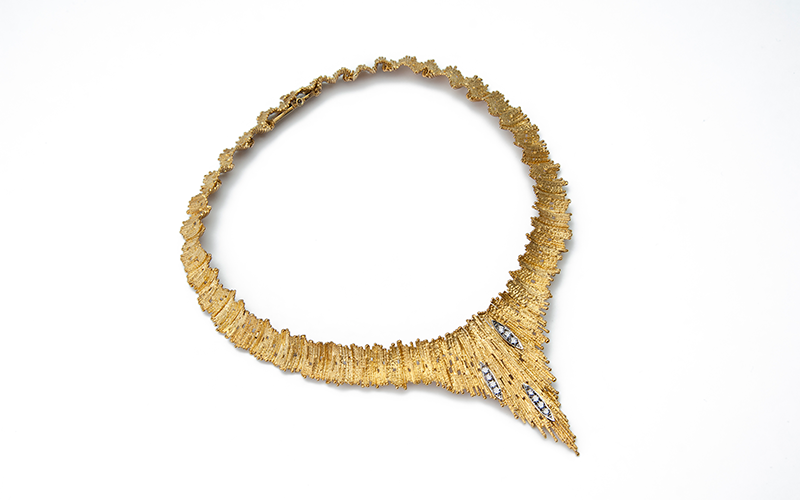 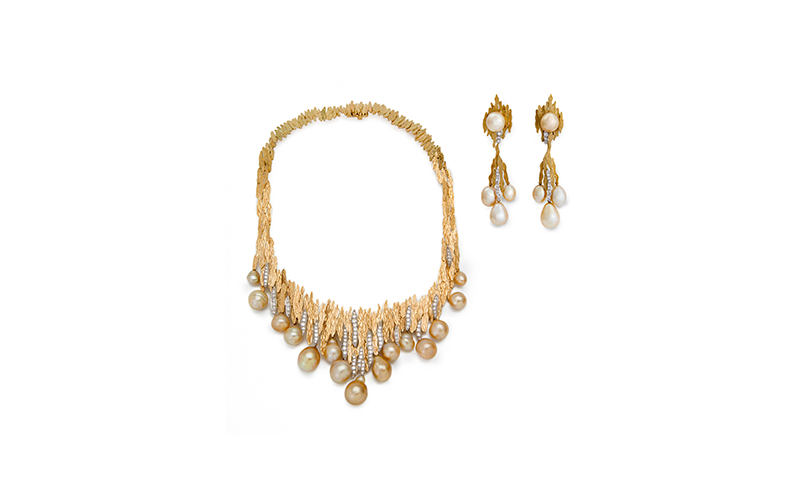 Necklace and Earrings by Andrew Grima 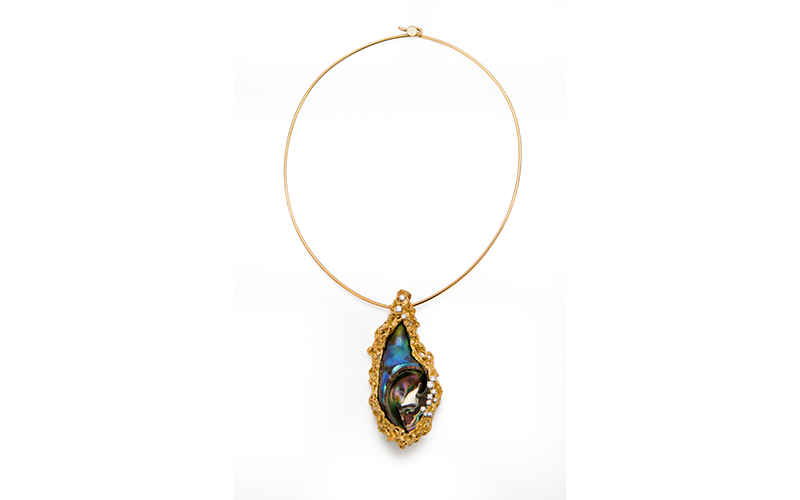 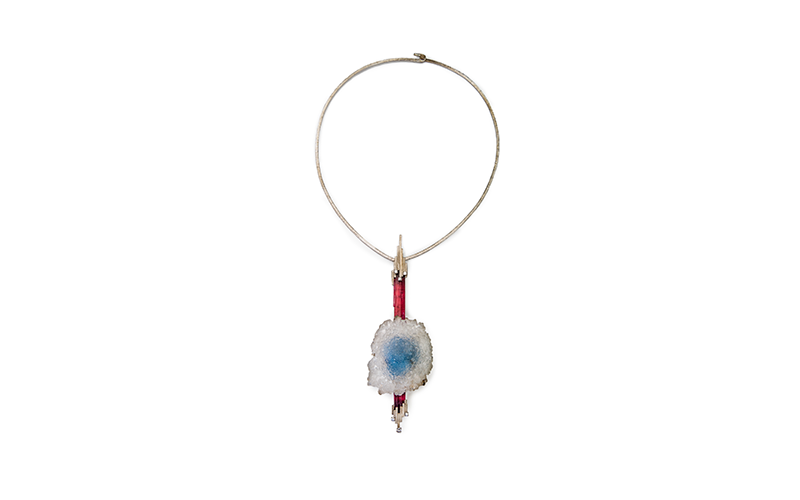 Necklace with Pendant by Andrew Grima 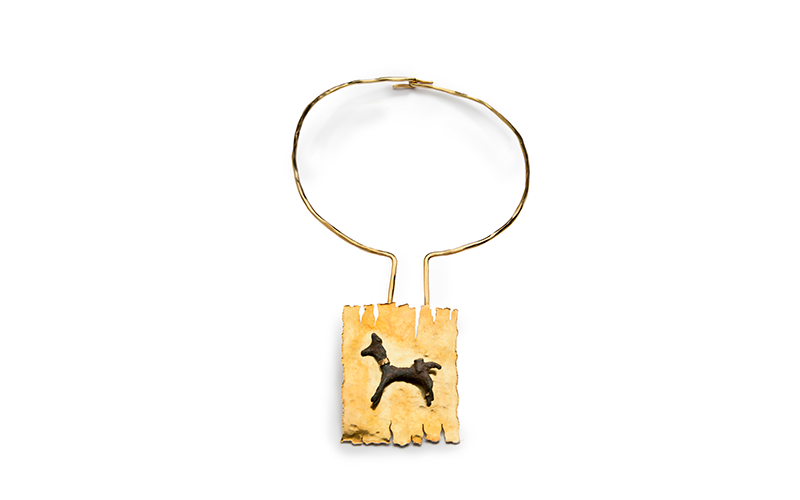