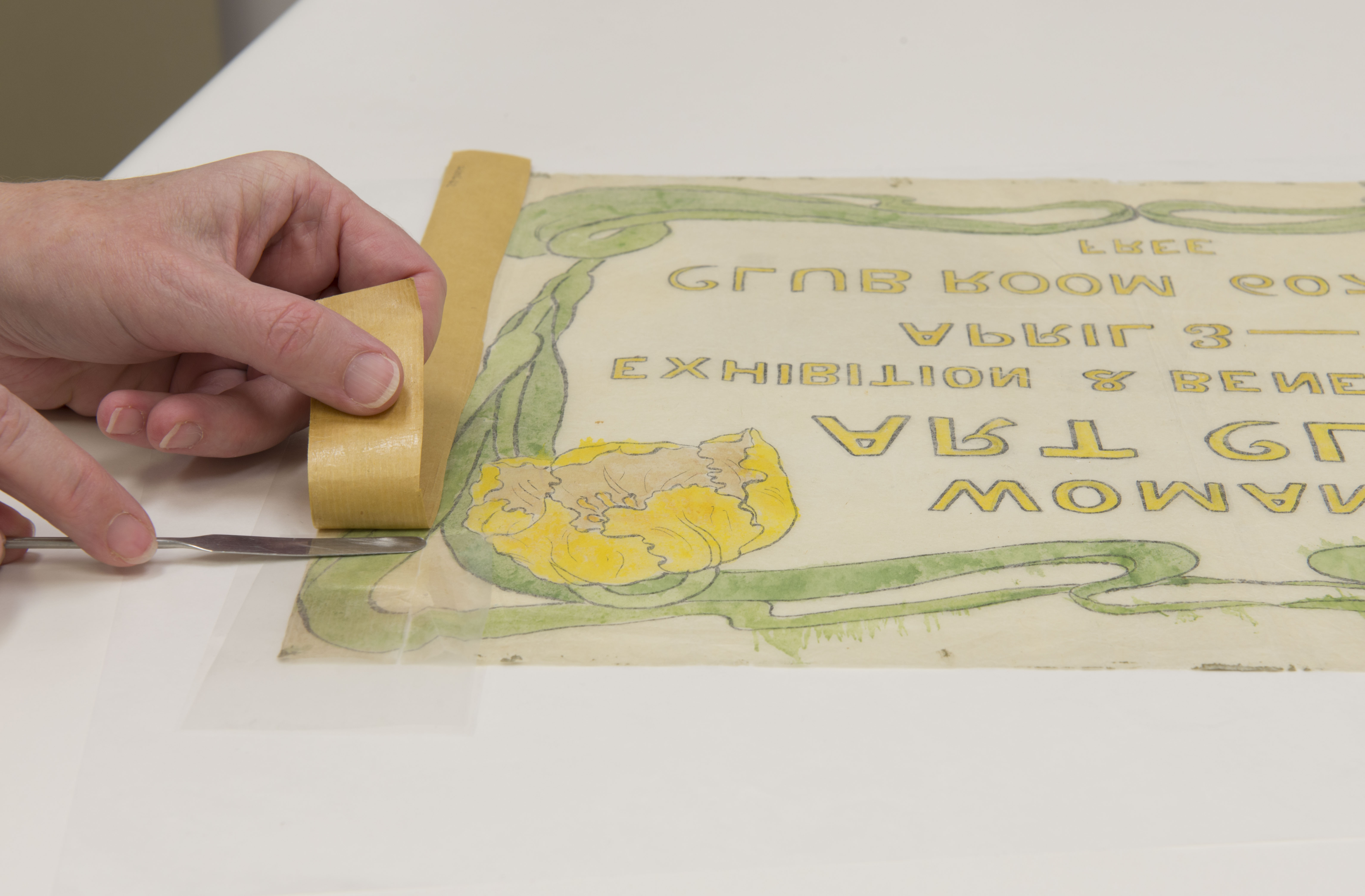 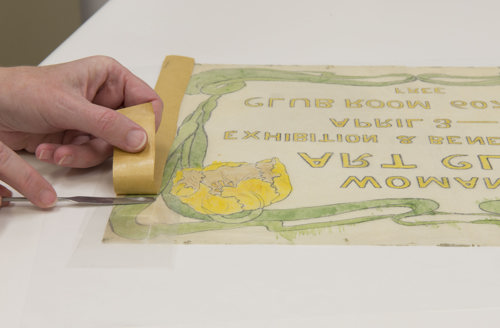 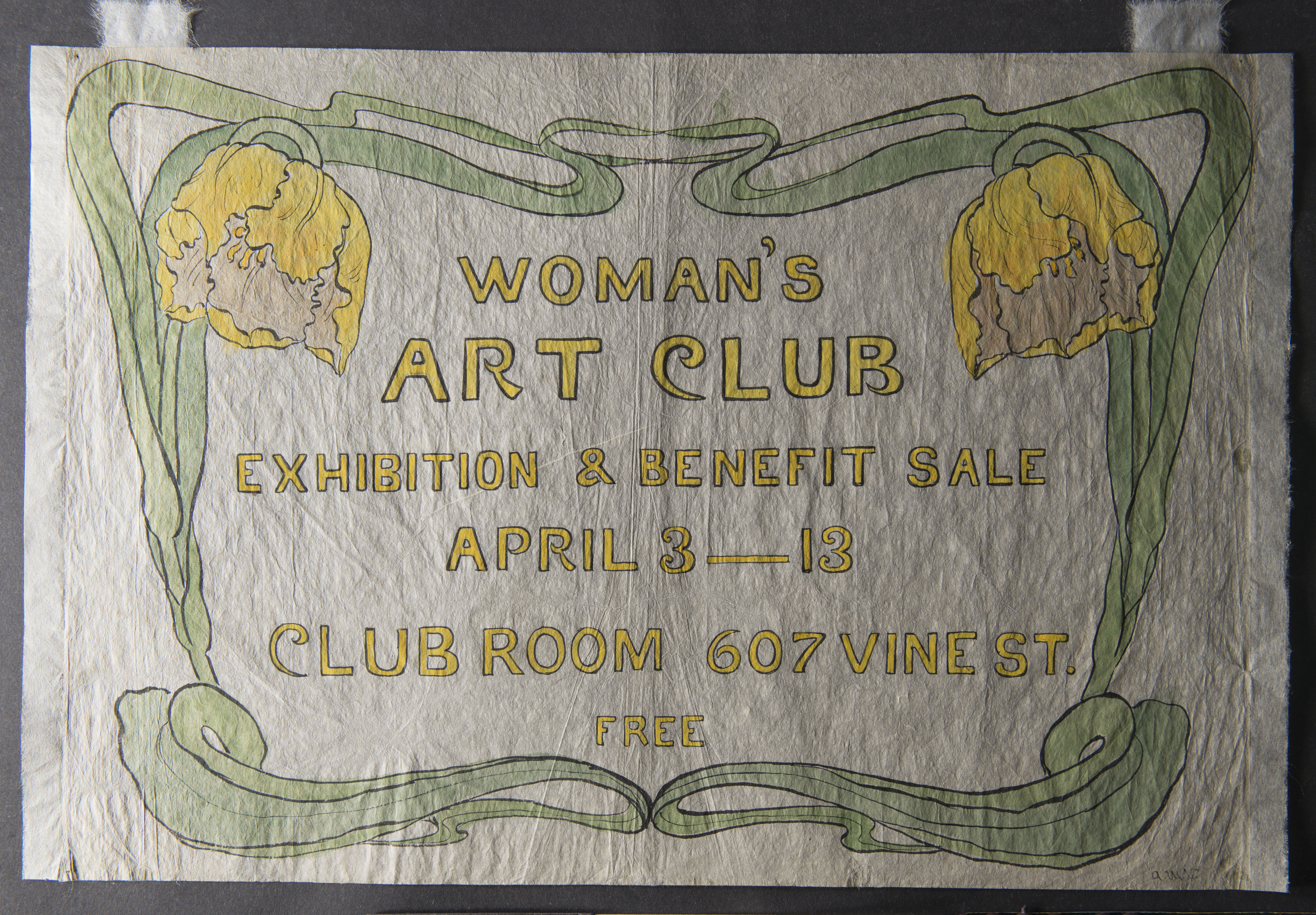 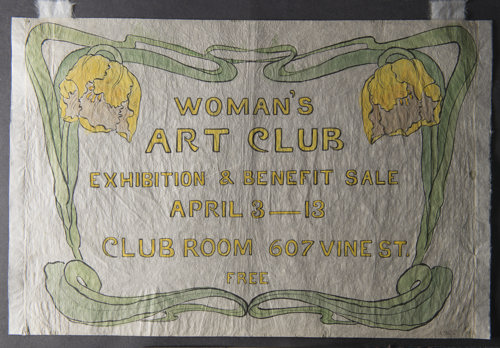 Earlier this month we shared a picture of Anna Marie Valentien’s Woman’s Art Club Exhibition Announcement before conservation.  Since then our paper conservator has repaired the damages that were described in that post.  Gummed paper tape along the edge was moistened very slightly by introducing moisture from damp blotter paper through Gore-Tex (a thin, porous Teflon film) from the front of the drawing.  The thin Japanese paper allowed quicker transfer of the moisture to the gum adhesive than if it had been applied from the back of the tape.  The adhesive softened just enough to allow the tape to be peeled away from the drawing (shown above).  Had more moisture been applied to the adhesive, it would have saturated the drawing paper and would have been much more difficult to remove.  The Japanese paper, although very thin, proved to be strong enough that it held together during tape removal.  Because the design extends to the edges of the paper, strips of Japanese Tengujo paper were attached to the left and right edges.  The extensions make it possible to expose the complete design when the drawing is displayed in its new mat.  After mending the tears with thin Tengujo paper, the entire sheet was relaxed by humidifying in a moisture chamber and was dried under weights to reduce the creases and other distortions.  Evidence of the old fold lines is still visible in the after treatment photograph below, but Valentien’s drawing can now be safely handled and displayed.  It will soon be on view in the Woman’s Art Club display in Gallery 123.