Behind the Scenes in Conservation: More Evidence of Deconstruction 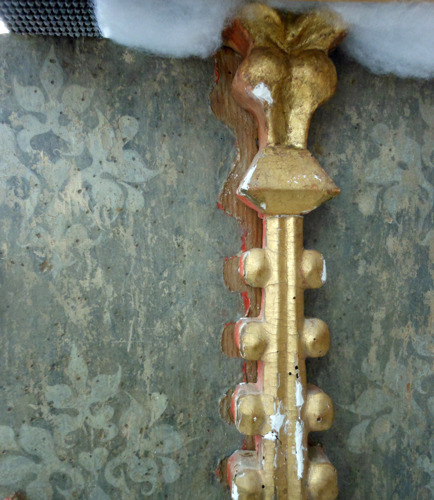 One thing about the lengthy conservation of Zaragoza’s Retablo of Saint Peter, it allows a lot of time to notice details!  The eighteen paintings currently comprising the retablo, or altarpiece, were dismantled and reconfigured into the eight more-or-less portable pieces that entered our collection in 1960.  Evidence of this reconfiguration is visible at the top of the frame between two of the now joined paintings.  As seen here, the decorative, gold-gilded “spire” above the paintings does not line up well on one side.  (The panel is shown on the easel with a large wad of white padding protecting the top.)  It looks as if when the paintings were originally disassembled, the spired frame remained attached to the painting on the right.  At the same time, a spired frame was pulled off the painting on the left.  The misalignment of the spire component suggests that these two paintings, though now paired together, were not originally neighbors. 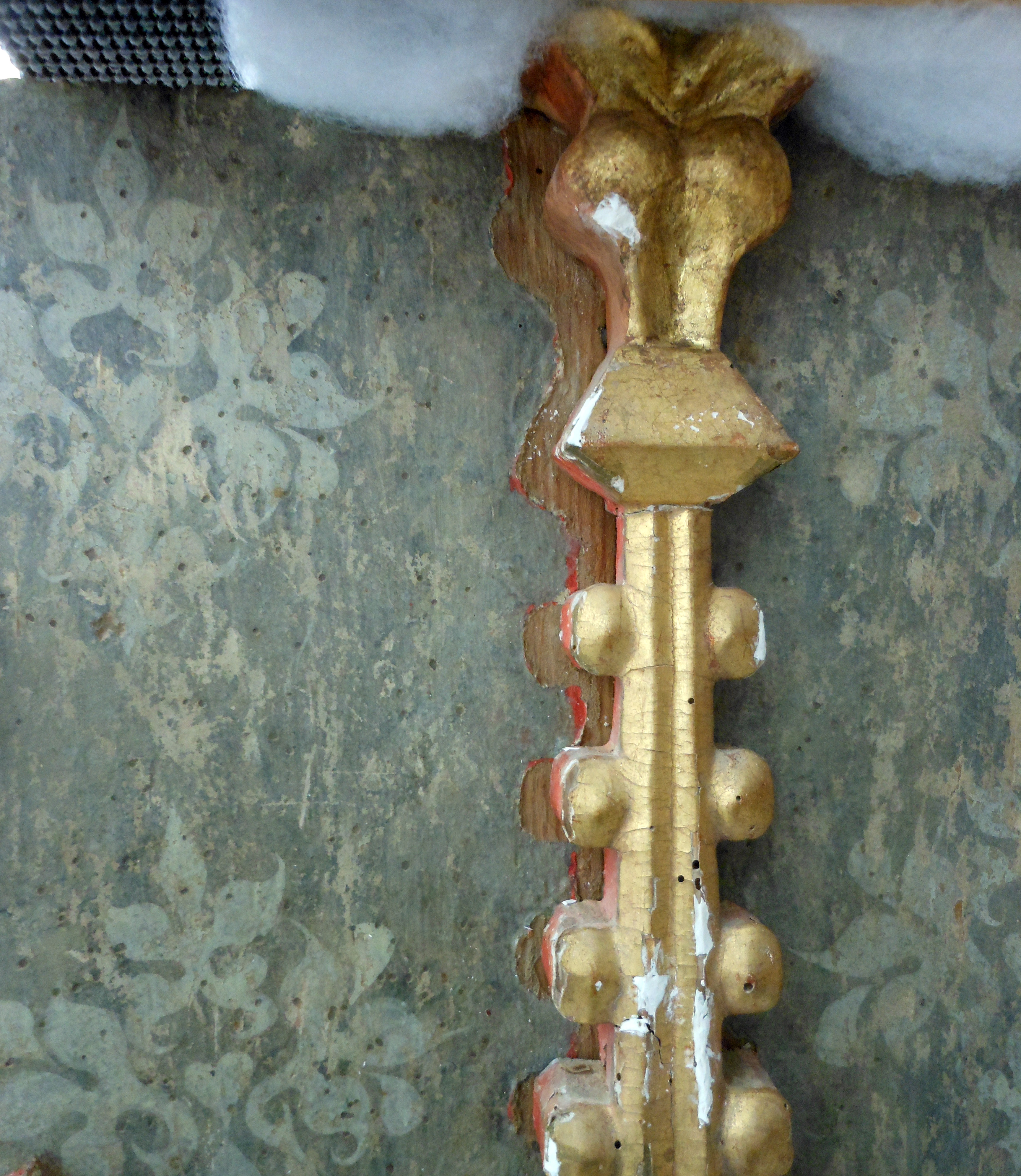