Behind the Scenes in Conservation: New World Views

behind the scenes , conservation , Capital of Quebec , Franz Xaver Habermann 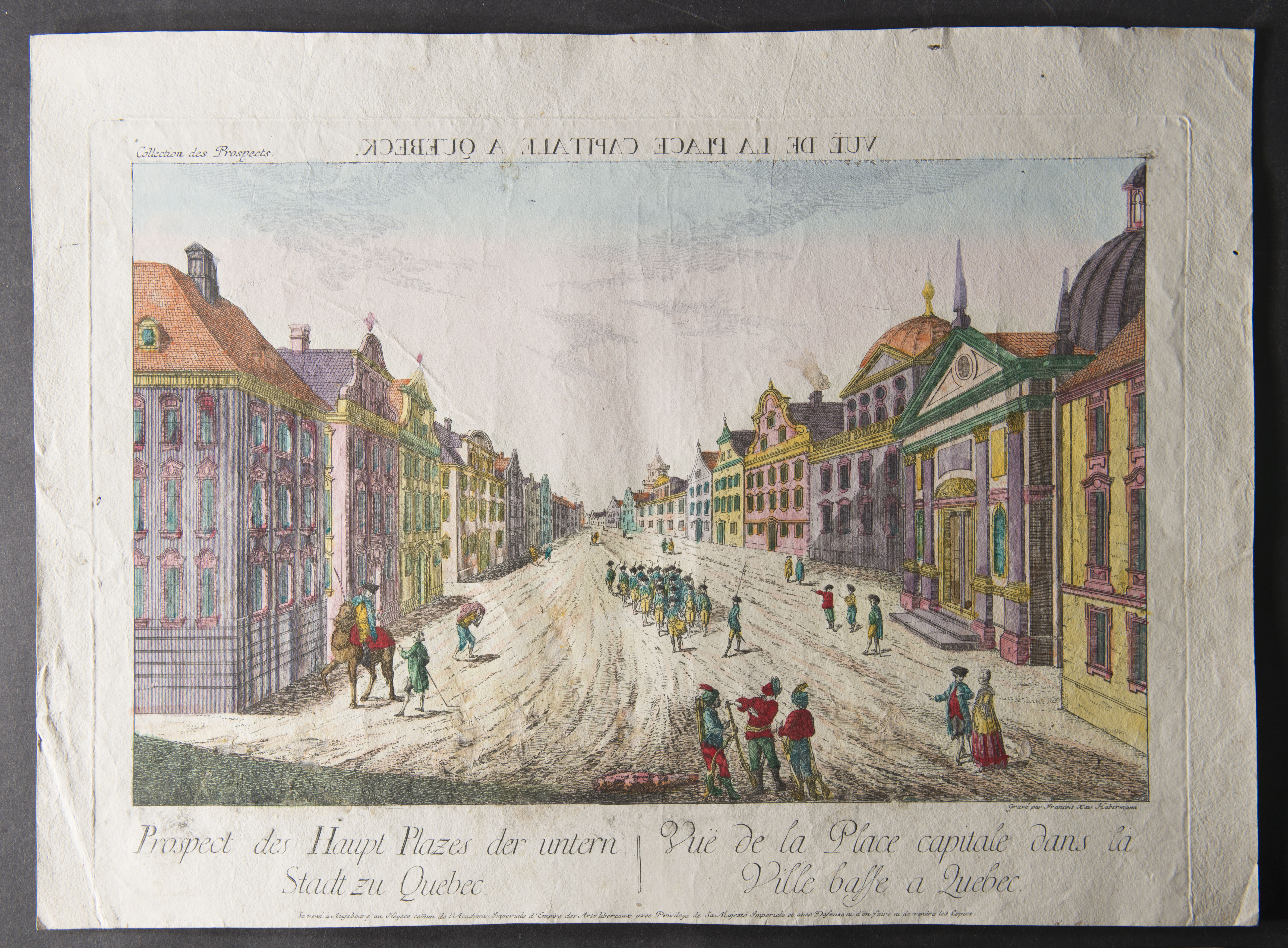 The prints for New World Views are now on view, but before they were matted, framed and hung, the prints spent time in the Paper Lab.    One print had some glue and paper remnants on the bottom of the image.  That isn’t unusual for works on paper that have been around for more than 200 years.  While working with the print under a microscope to soften the adhesive and lift off the paper remnants, the paper conservator noticed something unusual: an intact hand cut from another print that had been glued onto the road in the foreground.

Backing up, it became clear that someone had cut figures, possibly soldiers carrying guns like the troop marching down the street, from another print and added them to this scene.   Someone had later peeled off the new figures, leaving behind thin paper remnants in the shapes of the soldiers.  Come see this colorful street scene of 18th century Quebec (without the added figures) through the zograscope in Gallery 104.