Behind the Scenes in Conservation: Rusty Tacks

behind the scenes , conservation , paintings , treatment

This little dish of rusty tacks shows why paintings conservators should keep their tetanus shots up to date! Face down on the table is a large canvas painting that has been removed from its wood stretcher. The stretcher leans against the table. This oil on canvas painting was lined to a second of canvas, probably in the first half of the 20th century. As is common, the canvas was attached to the sides of the stretcher with steel tacks. In the final step of the lining process, after the lined canvas was tacked to the stretcher, brown paper tape was adhered to the front edges of the painting and wrapped around the sides of the stretcher over the tacks. 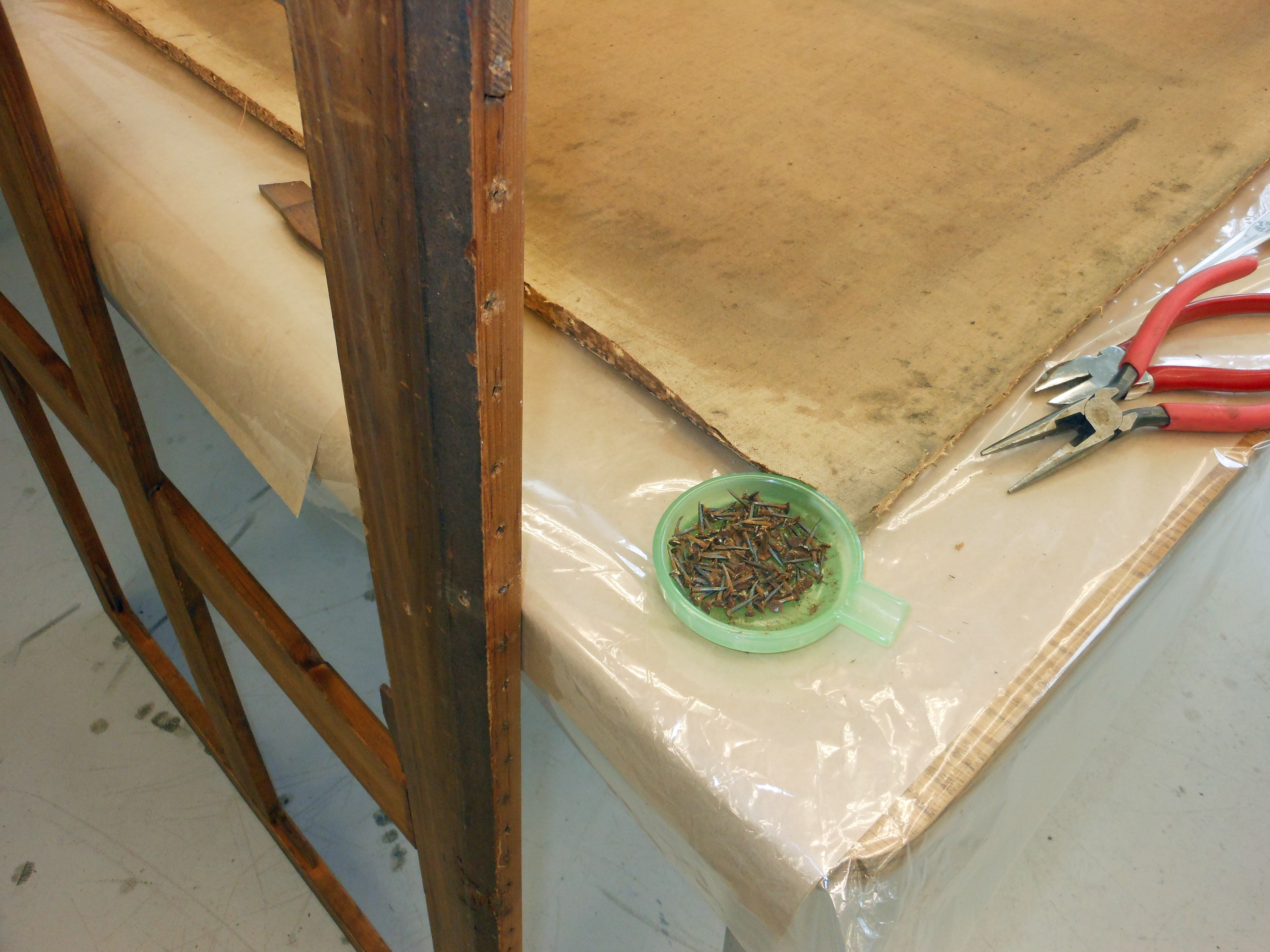 This was not only to give the painting a finished edge, but also to provide a little extra tension on the canvas.  As the wet paper tape dried, it shrank, pulling the canvas tauter and gluing the canvas to the stretcher.  The drawback, however, is the result you see here.  The wet paper tape soaks the tack heads, and usually seeps into the tack holes as well, causing them to rust.  When it comes to removing the tacks, here decades later, the tacks are completely rusted and prone to breaking.  But they generally remain very sharp.  Numerous finger punctures later, this painting is safely free of its stretcher and ready for the next phase of treatment.