Behind the Scenes in Conservation: 10th Century Ceramic Bowl 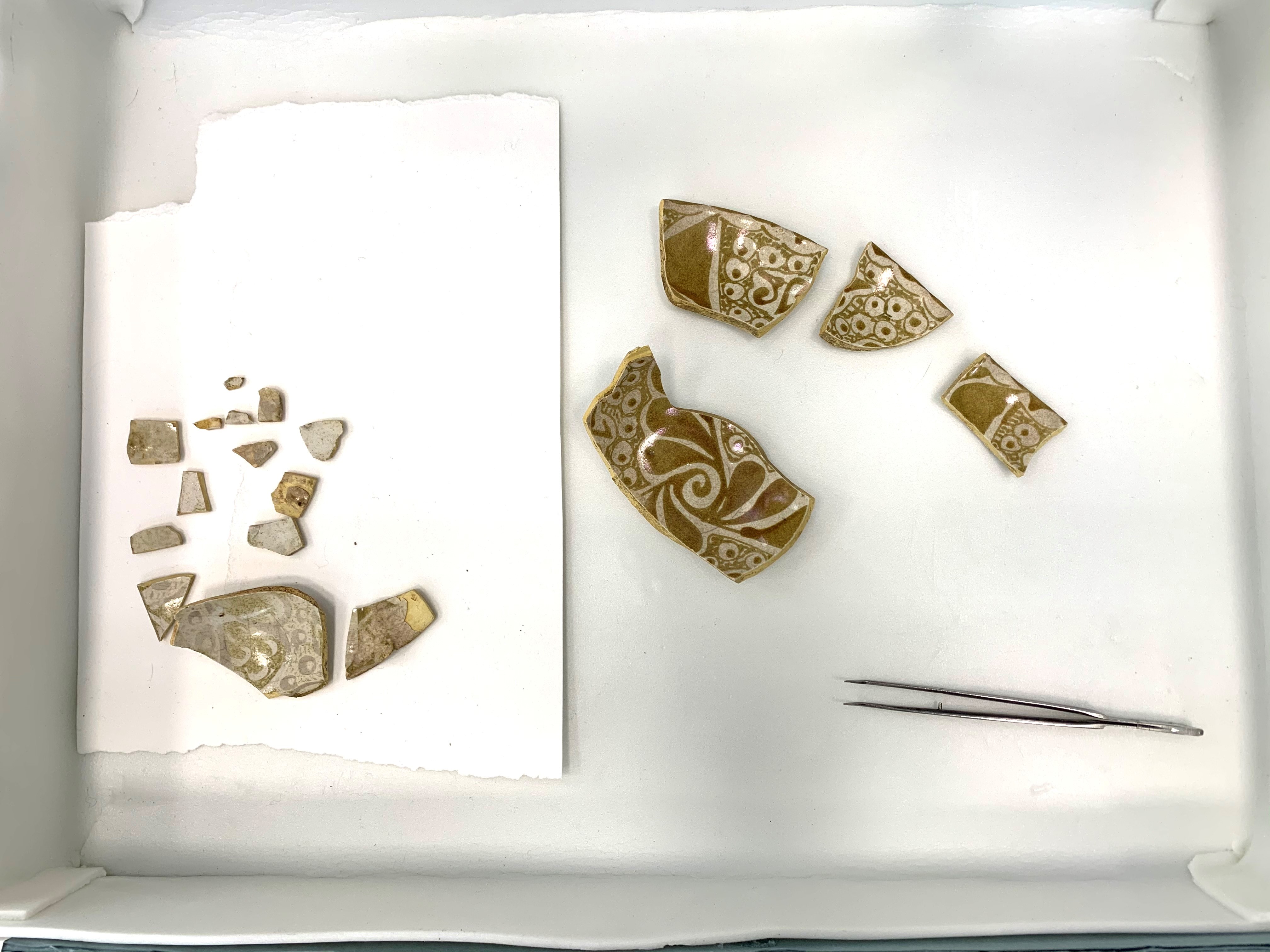 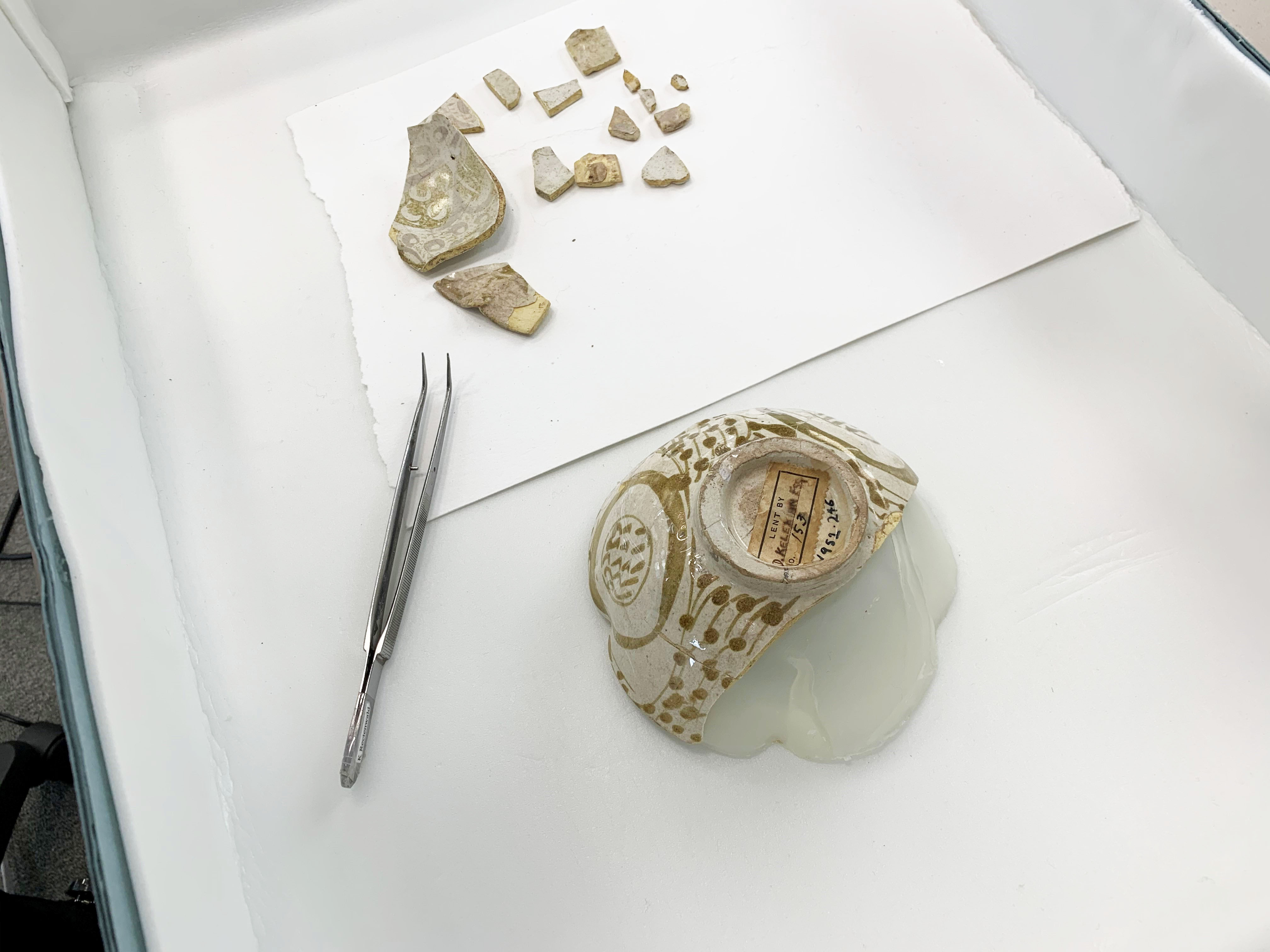 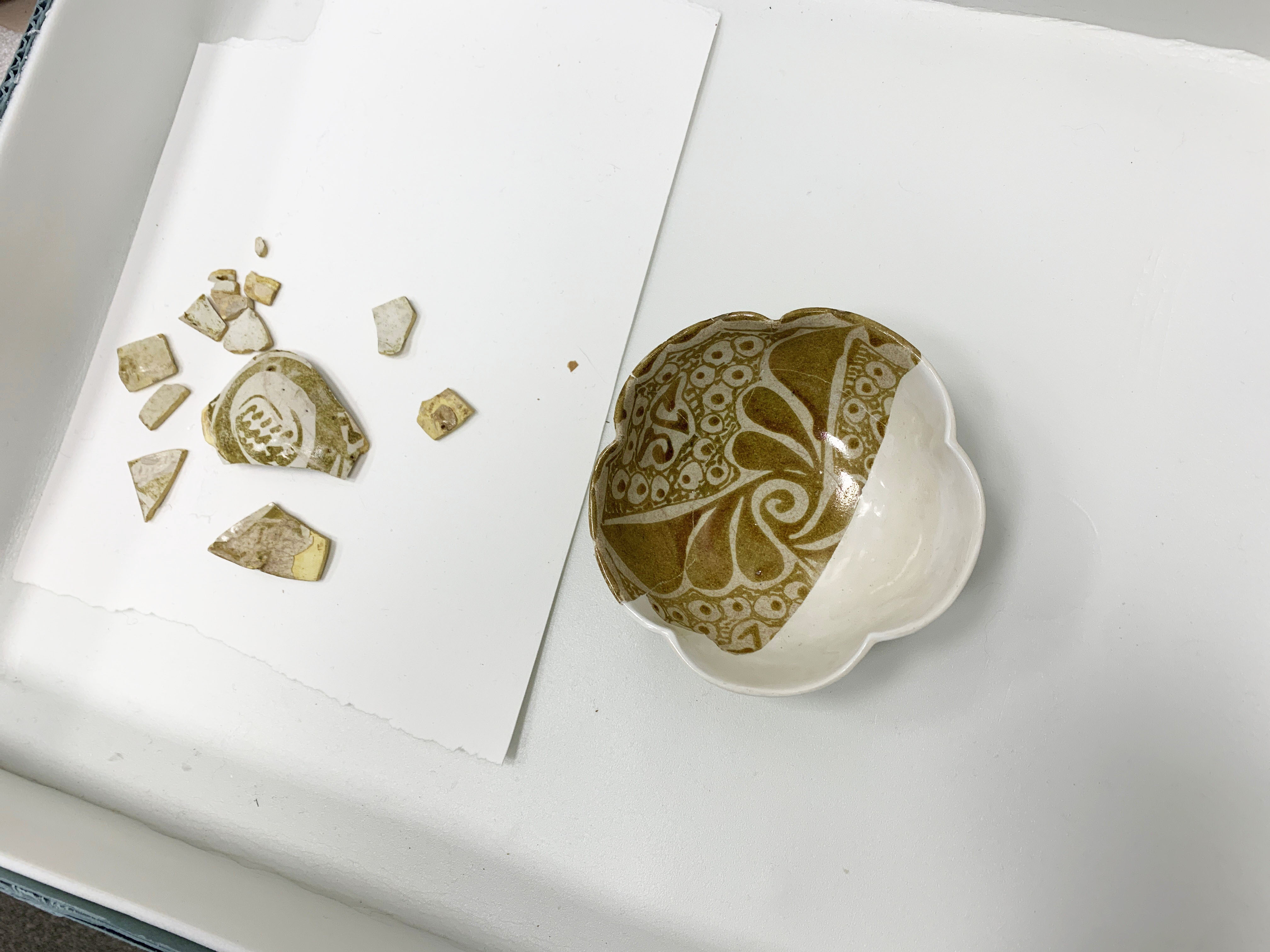 This week in objects conservation, we are working on a 10th C ceramic bowl.  This bowl, from Iraq, is a beautiful example of lusterware. Luster is an iridescent effect produced by metallic oxides in the overglaze.

This bowl, like many similar examples, was likely restored in the early 20th C, and is composed of fragments from several different ancient vessels. On the right you can see that we have about 2/3rds of one complete bowl, and on the left you can see the fragments that do not belong and which likely belong to at least two other objects. We can tell that these fragments do not belong due to their differing decoration and shape, which does not match the more complete bowl.

Adding sherds from other vessels was a common restoration practice before modern conservation ethics developed.  Treatments like this are no longer done. The missing 1/3rd of the bowl will now be re-created with plaster and toned to match the surrounding glaze, but it will be easily identifiable as a non-original part of the bowl.