Behind the Scenes in Conservation: The pieces come together! 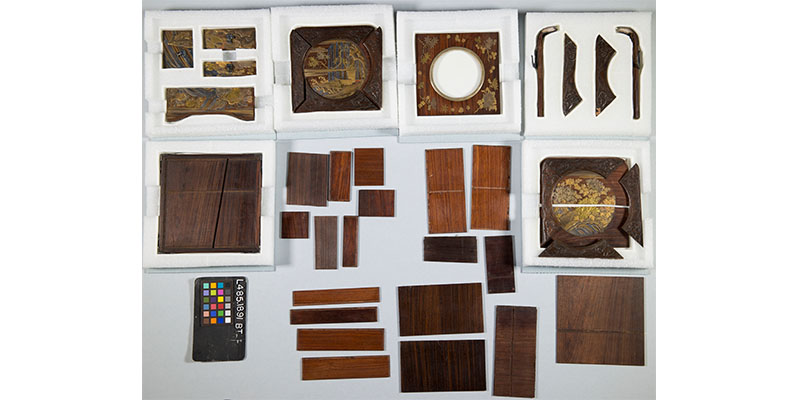 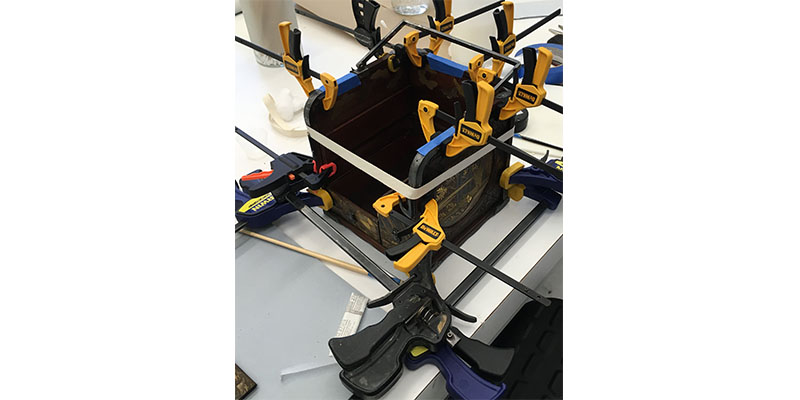 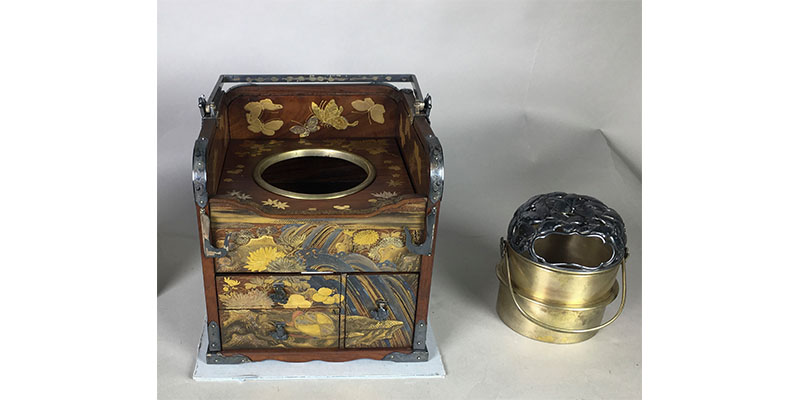 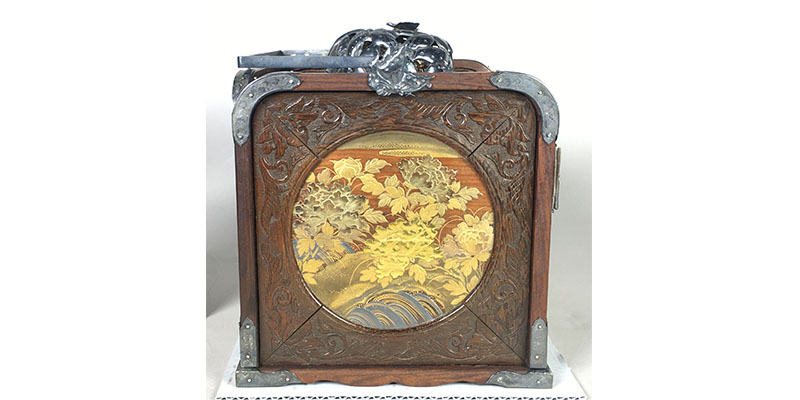 It is hard to imagine this arrangement of wooden fragments as a three-dimensional object, that’s why it has been in the conservation lab receiving some much needed attention. This 19th century Japanese tobacco box was completely disassembled and possibly had never been put together in the 100+ years it has been in the collection.  Each separate wood piece had many breaks and small losses. Each of the three side panels, with beautiful lacquer and gilt designs, had split down the middle as the thin wood warped over time. The old adhesive that once held the pieces securely together had aged, turning brittle and crumbly. The small metal tacks that held the hinged metal frame together had fallen out.

Our objects conservator started treatment by removing old adhesive and cleaning thick grime from the surface. The thin side panels were clamped and weighted with a new adhesive to repair cracks and splits. The remaining fragments were then puzzled together to create the framed structure and three drawers. Lastly, a number of clamps and weights were used to hold the newly three-dimensional object together while a new adhesive set. From the disorganized fragments we can now see this beautiful tobacco box with lacquered scenes of flowers and butterflies, perfectly suited for spring!

Related: Behind the Scenes in Conservation: Modern Glass Japanese Sculpture