Behind the Scenes in Conservation: A report from our paper conservation intern, Cara Roth

This spring in paper conservation, we’re looking at a print of Cincinnati, a view of the city from across the river in Kentucky. The piece was made by French printmaker Jean Wentzel sometime after 1867, as suggested by the presence of the John A. Roebling suspension bridge in the background.

Beginning with the Impressionist era in the latter half of the 19th century, artists became interested in depicting cityscapes for the purpose of capturing everyday life. In the late 1800s, Cincinnati was a bustling art scene. The local painter, Frank Duveneck, and his followers were producing a lot of work at this time; and the 1880s saw not only the creation of Rookwood Pottery, but the opening of the Cincinnati Art Museum as well. 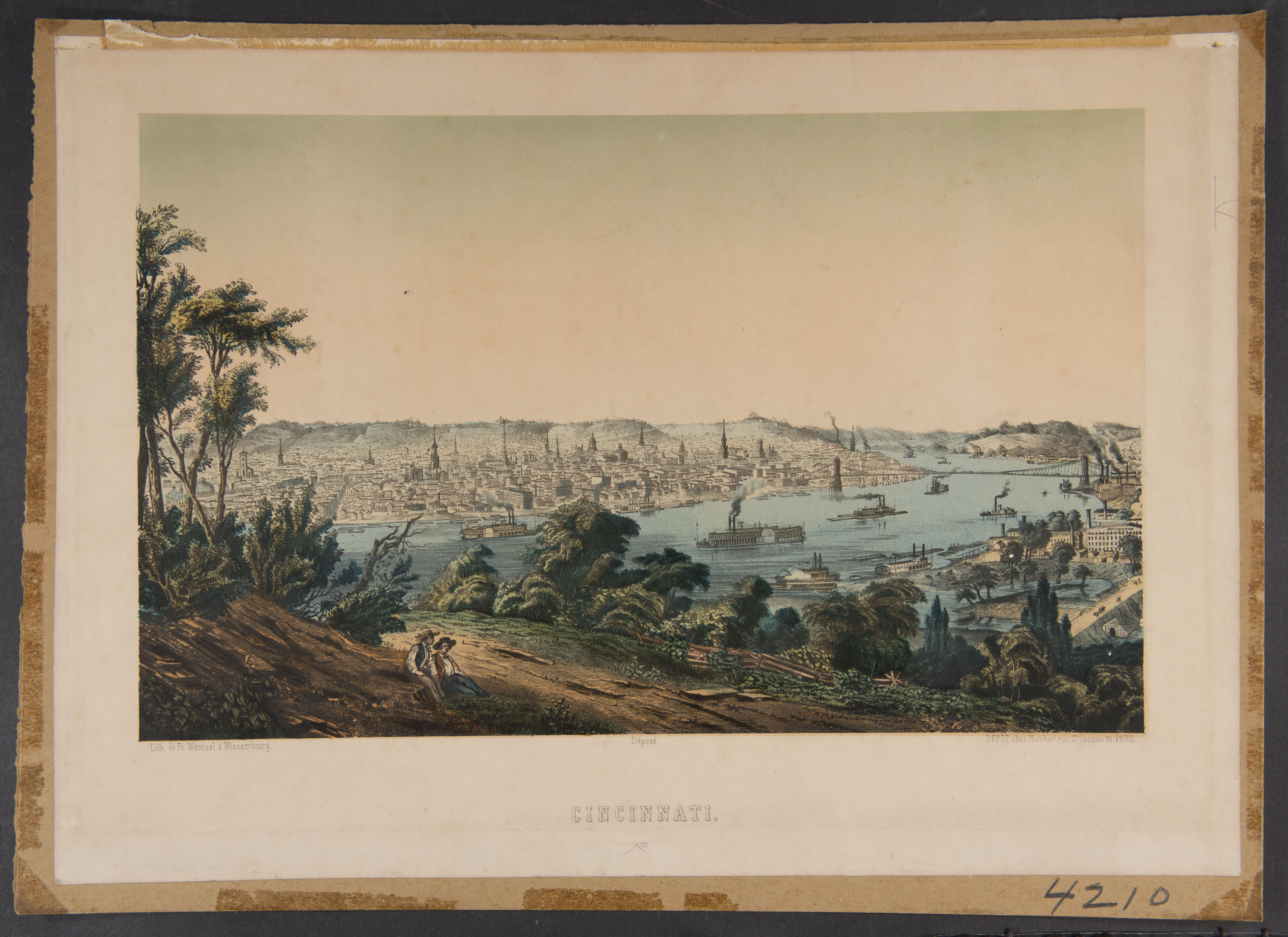 This piece is currently being conserved.  It is a lithograph hand colored with watercolor with darker areas coated with gum to deepen and saturate the color.  The piece was tested, before any work was done, for water solubility. The printing ink as well as each color was tested by placing a small droplet of water on an area, letting it sink in a bit, then blotting it up. If the blotter paper picked nothing up, it was deemed safe. All colors and inks on the piece were found to not be water soluble. However, the gum coating several darker areas of the piece was. In order to not remove the gum, it was decided that the piece would not be washed as originally proposed until further testing is done. The surface of the piece, mostly around the margins, has been brushed with eraser shavings to clear up as much grime as possible. The next step, and the biggest by far, was to remove the piece from the thick cardboard backing it was attached to. The cardboard was peeled away at with a scalpel until what’s left is only a thin layer. It is a very slow, careful process. The backing is still being removed but will hopefully be completed soon so that the next step of the conservation process can commence.