Behind the Scenes in Conservation: No pun intended! 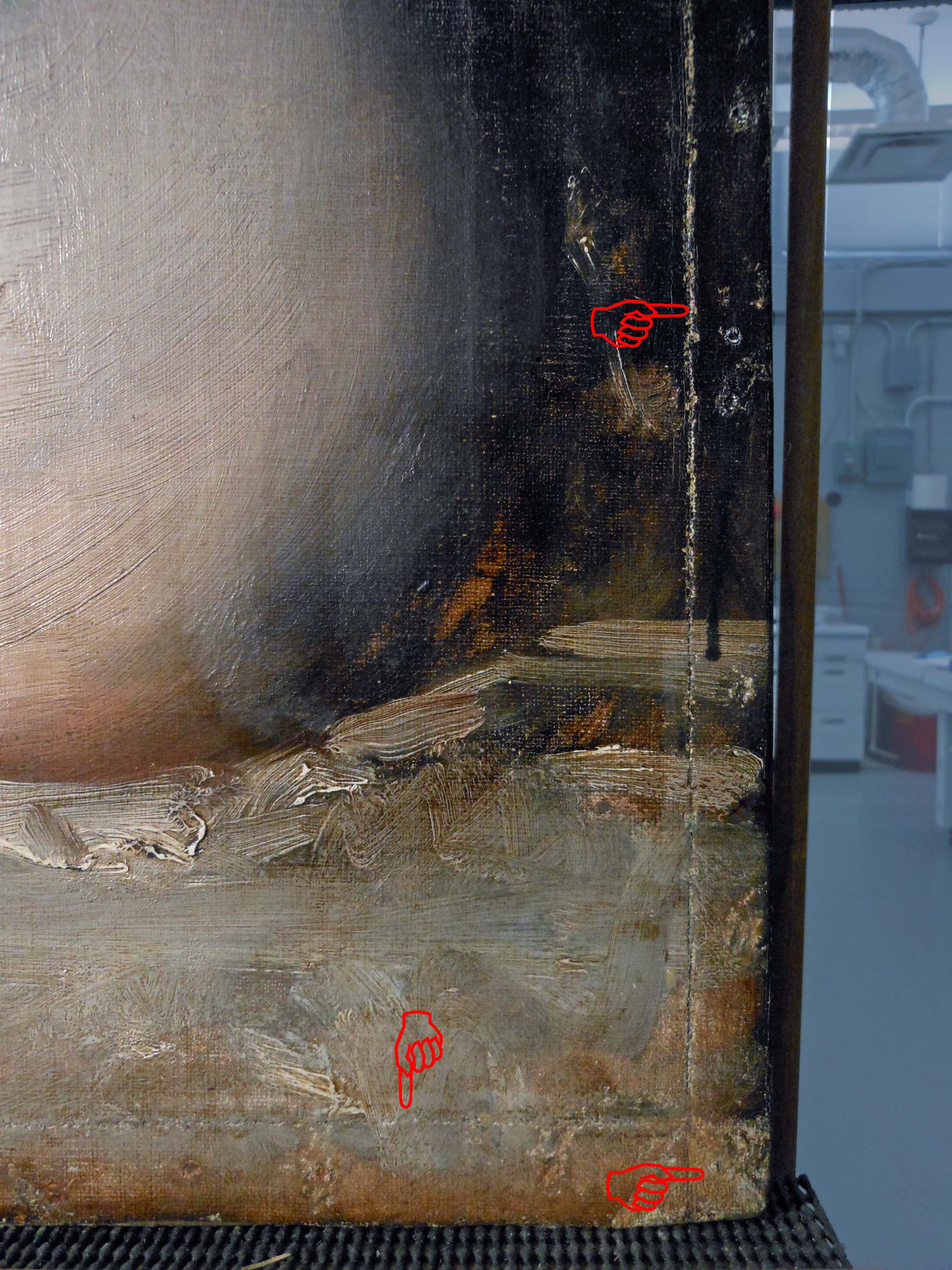 There was a mysterious alteration in this painting.  This is a detail of the bottom (also no pun intended) right corner of a nude study by Frank Duveneck, taken while the painting was being cleaned.  It was clear even before cleaning that the tacking margins, or folded-over edges of the canvas, have been flattened to be part of the painting’s front surface.  The painting was on the smaller stretcher long enough for the paint to dry and form a crack at the fold line, pointed out here in red.  Even the diagonal fold at the corner of the canvas is visible.

The painting was acquired by the museum in 1915, and documents suggest that this alteration occurred in the late 1930s.  A look at the painting in ultraviolet light, shown here, also supports the idea that the artist finished painting while it was stretched over the smaller stretcher.  That light blue green fluorescent material that is highly visible over the background of the painting is an artist-applied natural resin glaze.  And it’s only applied to the surface up to the old fold line in the tacking margin.  Duveneck may have started the painting on an unstretched canvas, but at some point he wrapped it around the small stretcher and continued painting.  Though the nude is an unfinished study, the image on the tacking margins is in even less finished, but for now we’re going to leave it all visible. 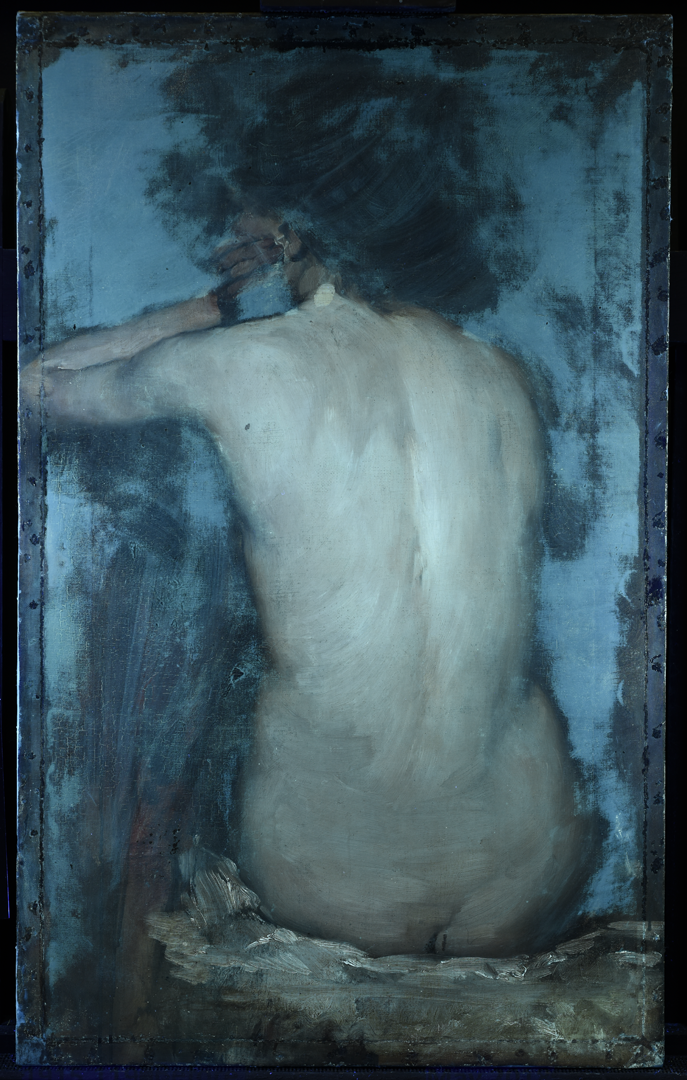