Behind the Scenes in Conservation: All that glitters!

Our Italian masterpiece A Sibyl and a Prophet by Andrea Mantegna, dated to around 1495, has been in the paintings conservation lab for treatment.  This is a highly unusual painting for a few reasons.  First, it’s on canvas, and 1495 is a very early date for a canvas painting.  Second, the paint is not egg tempera, as might be expected for this period, or oil paint, as is common for a painting on canvas.  Instead the paint is done in distemper, meaning the pigments are bound with animal glue.  And as the third unusual feature, the monochrome rendering that Mantegna has done is rare, and so are the small number of pigments he used to make it.  A Sibyl and a Prophet was created only with finely ground particles of pure gold and a few dark colors (probably just black and burnt sienna).

Perhaps because the paint is glue-based, it has survived the past five hundred years in very good condition.  It’s probable that the surface was never meant to be varnished.  The gold particles were supposed to be open to the air, uncoated, allowing them to glitter and shine in the light.  However the painting had been varnished, both before and after it was acquired by the museum, in 1927.  It was covered with several thick, shiny layers of varnish.  The glossy discolored coatings made the painting look almost laminated.

Our paintings conservator employed a new cleaning method that eliminates the mechanical action of swabs on the paint surface.  Instead, solvents were applied through a special synthetic fabric that acted somewhat like a poultice.  Because the white fabric is opaque, the cleaning was done under a microscope to confirm that no gold or pigment particle was affected. 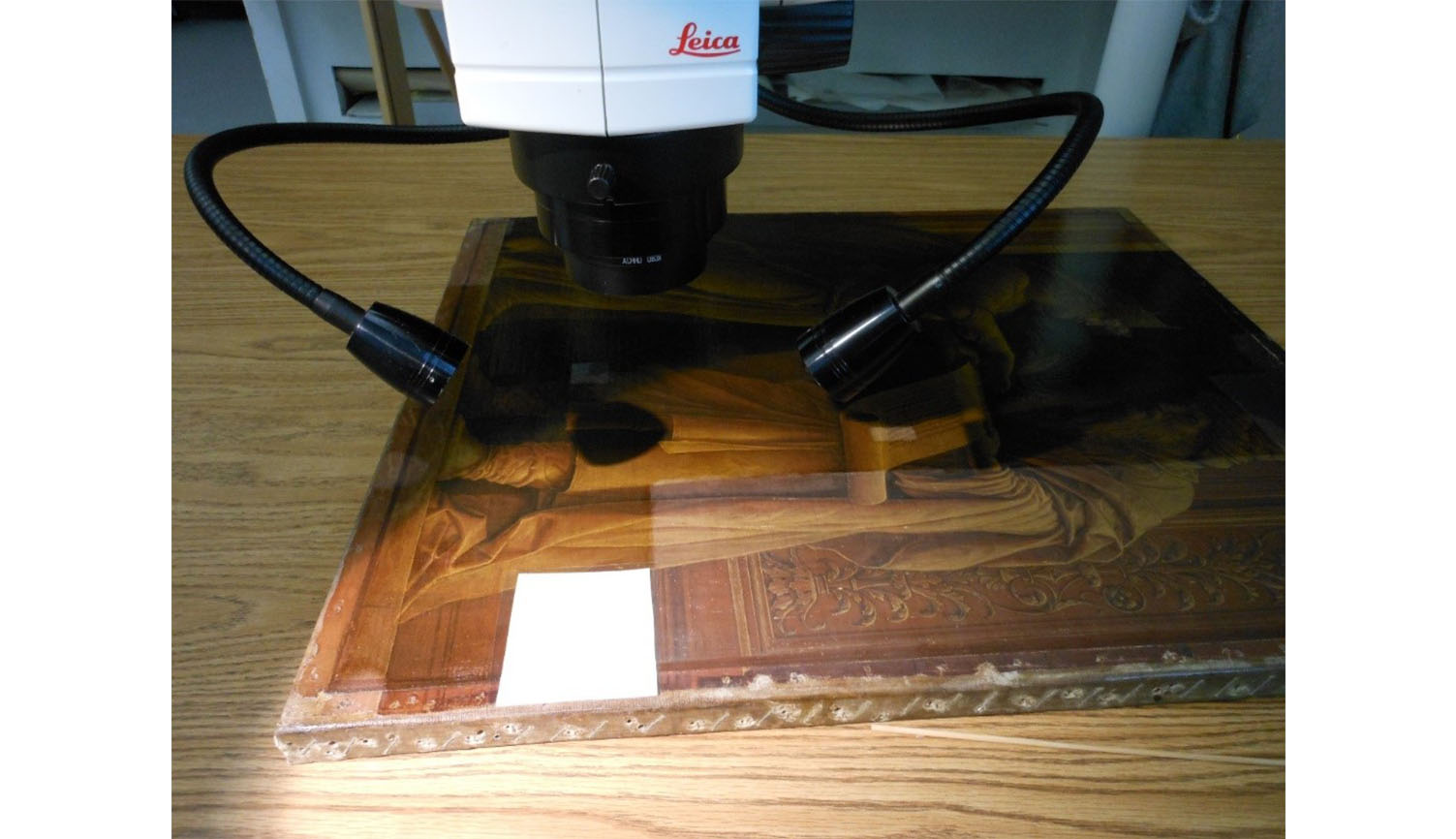 Two consecutive and timed applications of fabric were done on each area.  The two pieces shown here were applied consecutively to the same section of the painting.  On the left is the first piece, showing the initial amount of discolored varnish that was absorbed, and on the right, the second application showing that fainter remnants of yellowed varnish were removed.  The black dots on each piece are recent retouches that were within the varnish layers, while the dark line is from an overpainted borderline. 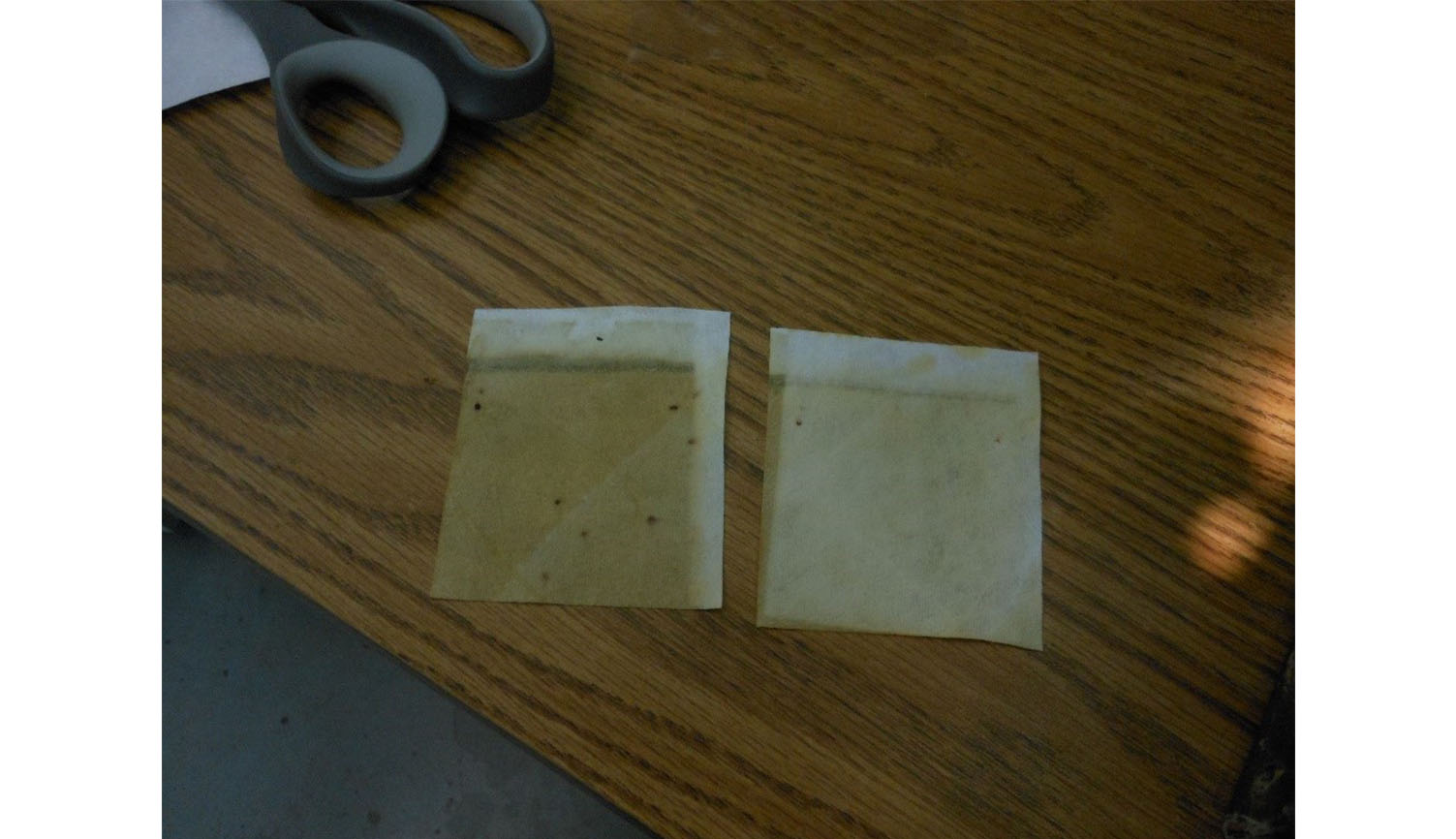 The whole painting is shown before cleaning on the left, and after cleaning and some minor retouching, on the right. 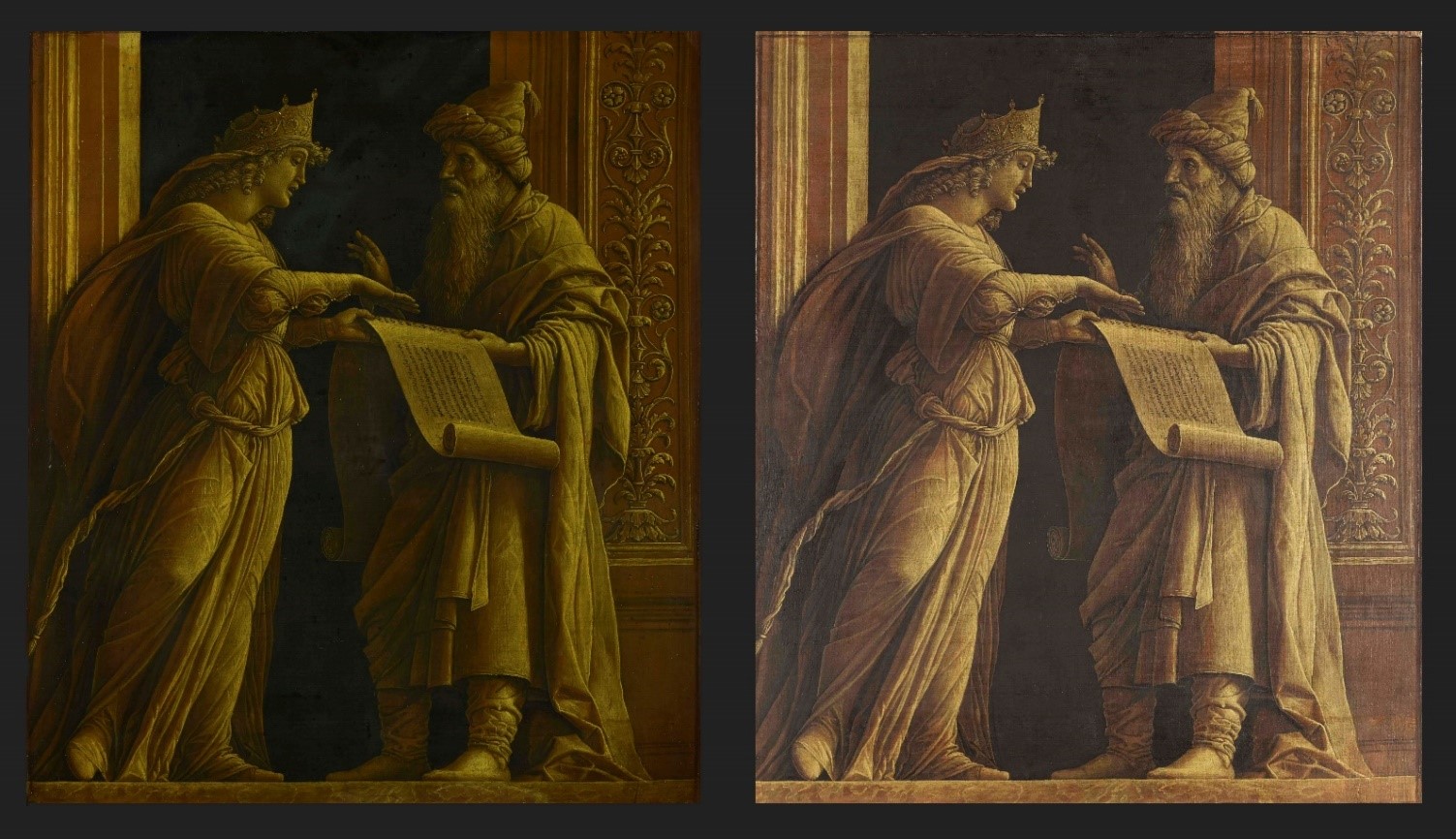 Before cleaning the scene was very dark.  The figures blended into the black background, and the gold almost looked like yellow paint.  After cleaning the intricate drapery and fine details, such as a thin line of gold outlining the prophet’s nose, are revealed.

A Sibyl and a Prophet will remain unvarnished and will be displayed behind optically clear glass.  It is going out on an international loan soon, but look for it to be back in the galleries next year.