Behind the Scenes in Conservation: 1920’s Mirror Coating Removal 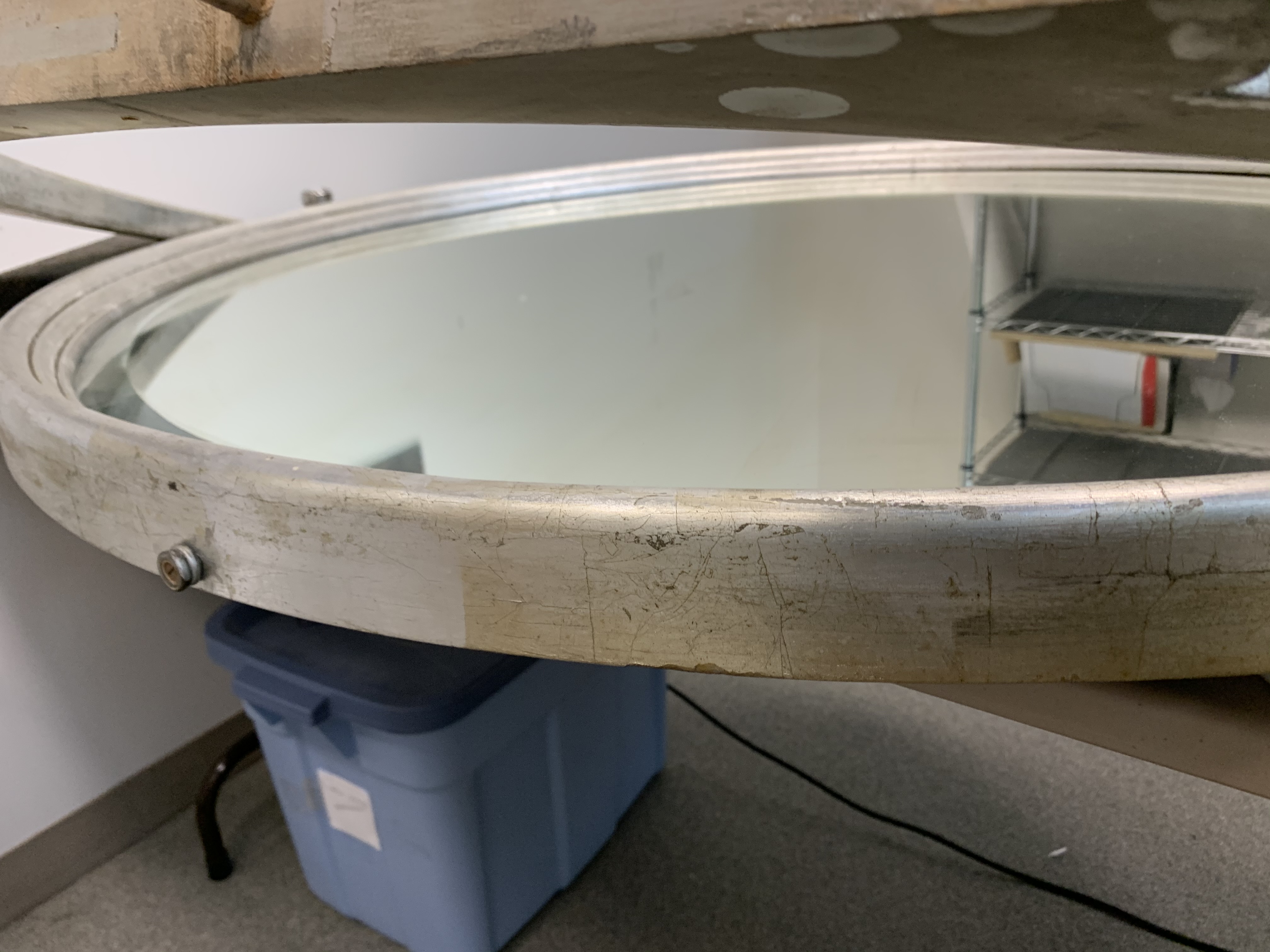 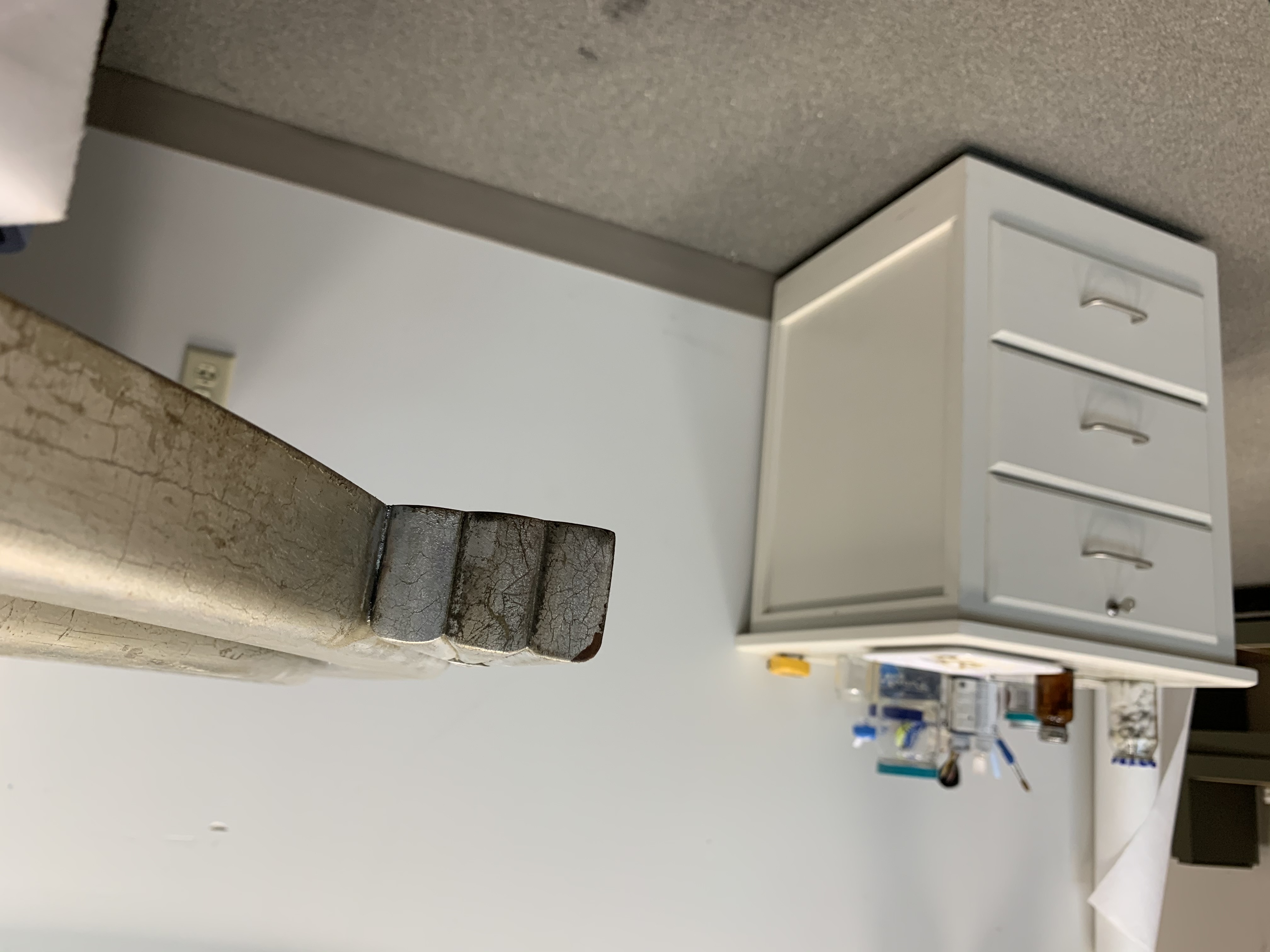 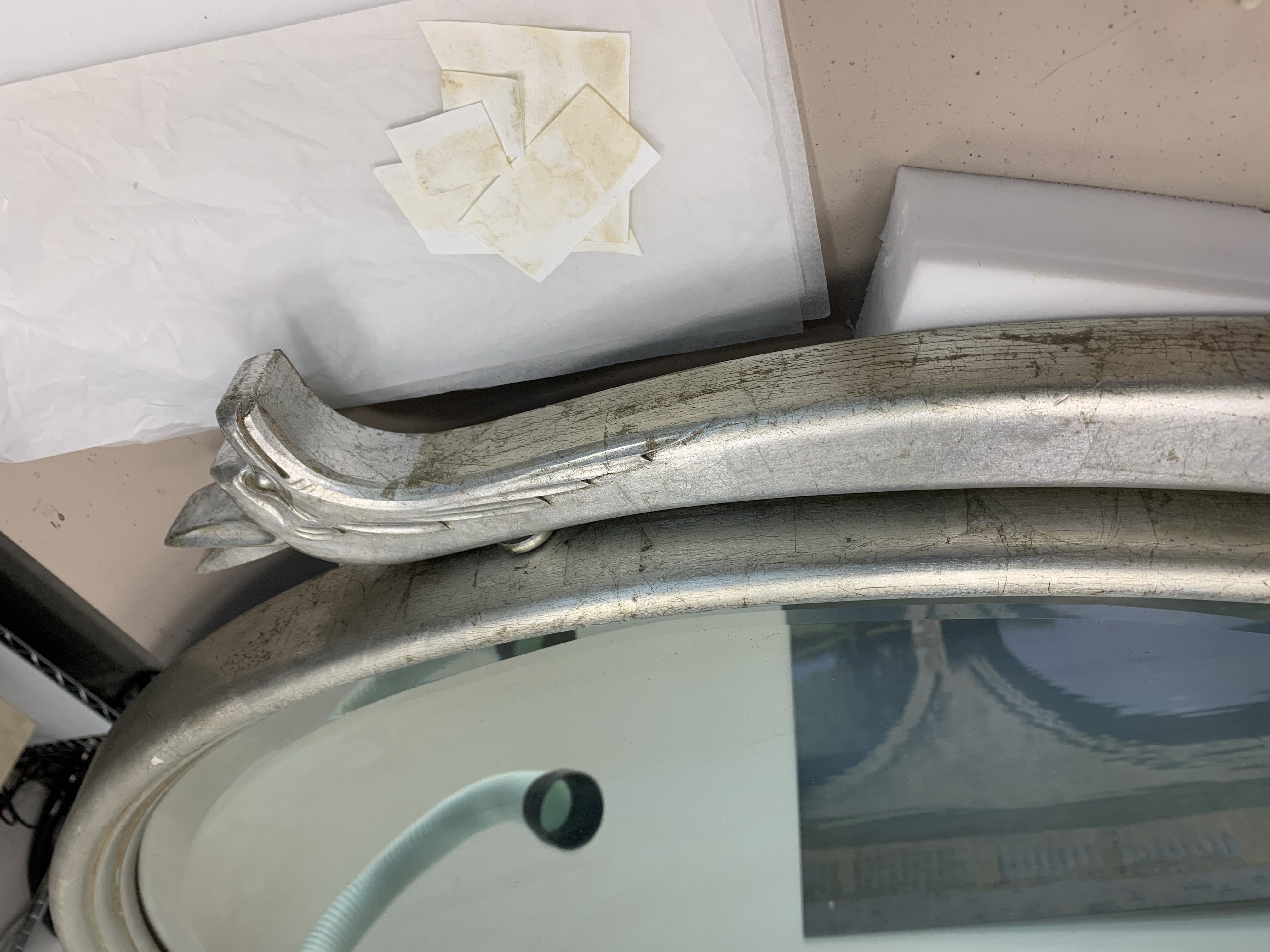 This week in Objects Conservation: Coating removal on a 1920’s mirror. This large decorative mirror was designed by Paul Theodore Frankl in the late 1920’s. When it came to the lab for treatment the mirror frame was covered in an old cellulose nitrate coating, likely applied to protect the aluminum leaf on the surface. The coating, that when first applied would have been completely clear, has begun to deteriorate, causing it to turn yellow and cloudy. Cellulose nitrate also releases acidic byproducts that could harm the object if not removed. In order to improve the appearance and long-term stability of the piece, we decided to remove the coating.

The coating is readily soluble in solvents, but because the metal leaf is so thin, our conservator wanted to avoid using traditional cotton swabs which might have caused too much abrasion. Instead we employed a cleaning technique more commonly used in paintings conservation which uses an absorbent microfilament textile to remove the dissolved coating with little to no mechanical action.

A solvent is applied to the microfilament textile that is then placed on the gilt surface for enough time for the solvent to dissolve the coating. As the coating is dissolved the fabric absorbs it to remove it from the surface. In this sped up video, you can watch the process in action!