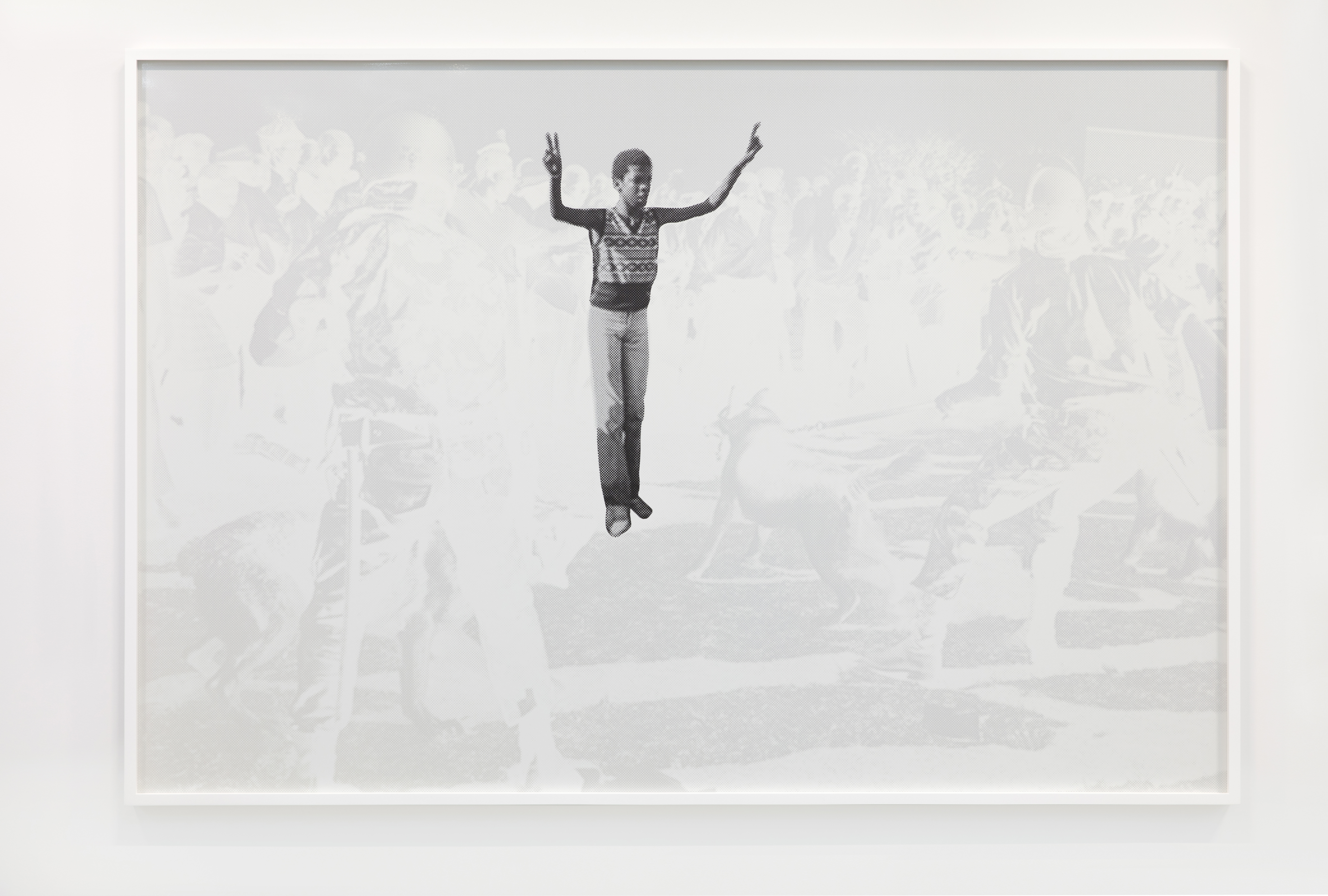 A Response from Trudy Gaba

Trudy Gaba is the Curatorial Assistant for South Asian Art, Islamic Art and Antiquities at the Cincinnati Art Museum.

Use your camera flash or phone flashlight to interact with pictures from Thomas’s Retroreflectives series, which are made by screen printing over the vinyl material used for reflective street signs. Only some aspects of these works can be seen under normal gallery light. A direct light source reveals additional imagery, shifting the meaning of what is first seen on the surface.

Like the Punctum sculptures, Retroreflectives isolate and recontextualize forgotten images and gestures from historical photographs. By using light to activate these artworks, viewers take an active role to reanimate the past and underscore responsibility in bearing witness to history as well as present-day events.

The source photograph for this artwork was made by Noel Watson in the Black township of Soweto, South Africa, in 1980. It depicts security forces using dogs to contain residents protesting mayor Ngoako David Thebehali’s decision to give the “Freedom of Soweto” to Piet Koornhof, a minister of the repressive apartheid-era South African government. What relationships of politics and power might lead to such a counterintuitive act? Is it noteworthy that Thomas has replaced the word “of” with “for” in his title?

Note: Texts originated at the Portland Art Museum and were modified by venue project teams at the Crystal Bridges Museum of American Art and Cincinnati Art Museum.